Full casting has been announced for Sheffield Theatre’s major revival of classic musical Guys and Dolls opening on 7 December 2019. 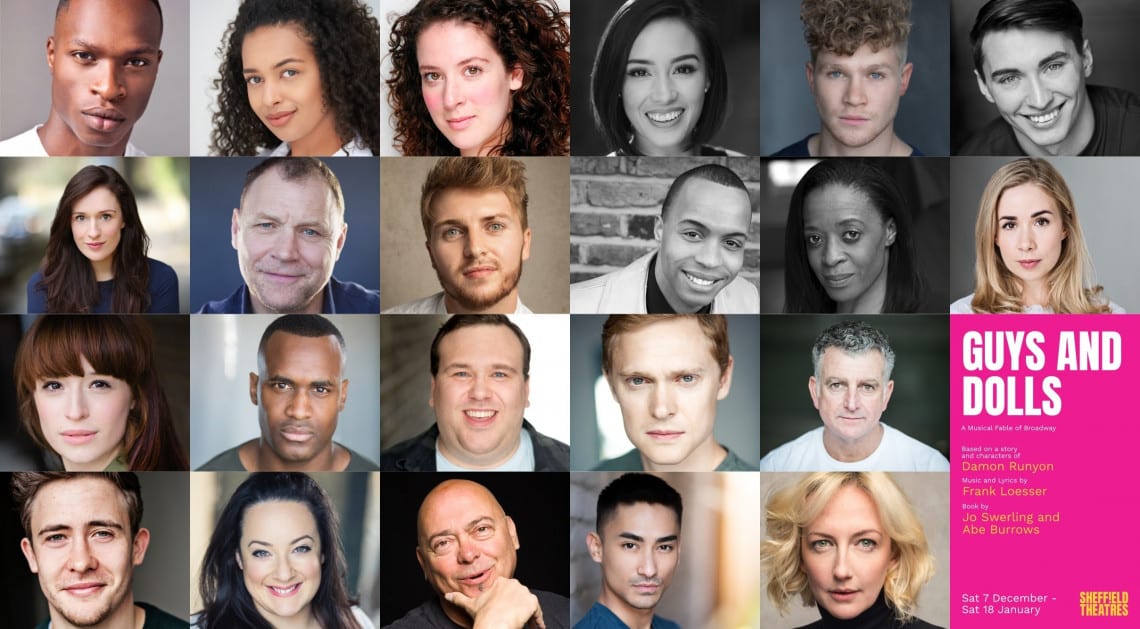 It’s time to roll the dice and fall in love under the bright lights of New York city! To settle a bet, high roller Sky Masterson pursues straight-laced Sergeant Sarah Brown, only to fall head over heels for his unlikely love. This spectacular musical comedy is a high energy riot of breathtaking dance and features all-time favourites Luck be a Lady, Guys and Dolls and the irresistible Sit Down, You’re Rocking the Boat.

Guys and Dolls – A Musical Fable of Broadway based on the story and characters of Damon Runyon with music and lyrics by Frank Loesser, book by Jo Swerling and Abe Burrows. The production is directed by Robert Hastie, designed by Janet Bird, choreography by Matt Flint, musical direction and new arrangements by Will Stuart, lighting design by Howard Hudson, sound design by Mike Walker and casting by Stuart Burt CDG.

BOOK TICKETS TO GUYS AND DOLLS

Otherwise, please click here to continue to the Sheffield Lyceum  >>>

Please click here to continue to the Sheffield Lyceum  >>>