Present at the celebrations at the Gillian Lynne Theatre were the show’s book writer Julian Fellowes, the show’s director Laurence Connor and the show’s choreographer JoAnn M Hunter. 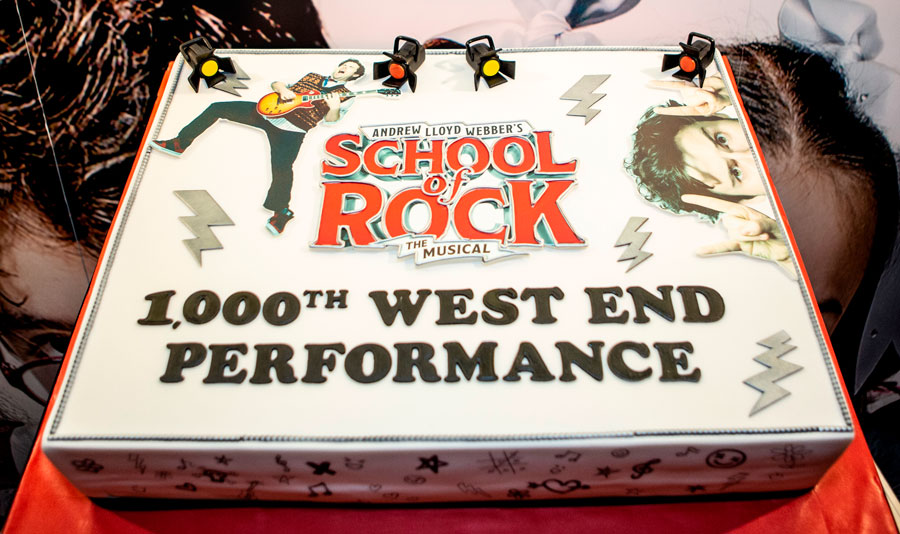 School of Rock – The Musical features music from the movie, as well as new music was written by Andrew Lloyd Webber with lyrics by Glenn Slater and a book by Julian Fellowes. School of Rock – The Musical is directed by Laurence Connor with choreography by JoAnn M. Hunter, set and costume designs by Anna Louizos, lighting design by Natasha Katz, sound design by Mick Potter, music supervision by John Rigby with Matt Smith as musical director.

Now in its third year, the West End production opened in November 2016 and went on to win an Olivier Award for Outstanding Achievement in Music.

BOOK TICKETS FOR SCHOOL OF ROCK