Gavin Creel and Sara Bareilles have posted a statement to Waitress the musical fans announcing that concerns over travel restrictions will mean they will leave the London production after the evening performance today. 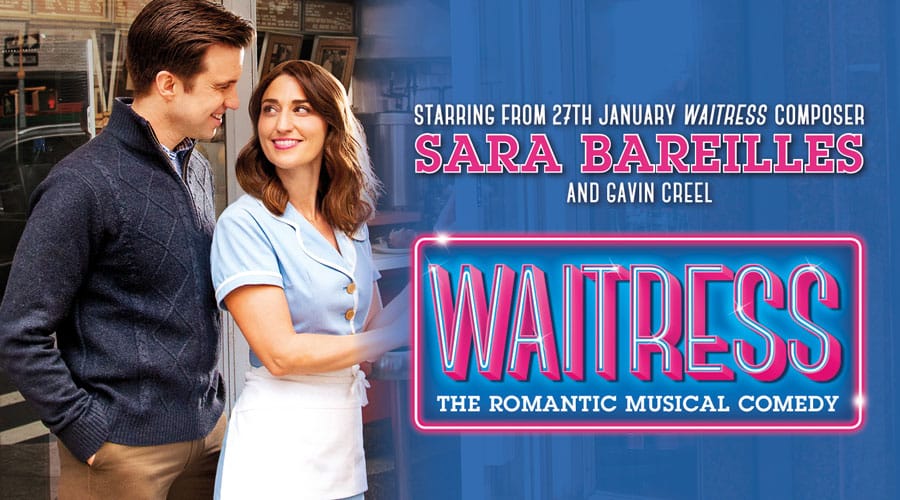 Gavin and Sara posted the following tweet to explain their decision to fans. The USA has already imposed a ban on all air travel into the US from all European countries excepting the UK and Ireland as a result of the Coronavirus pandemic.

Reports on Friday that the UK caseload continued to grow quite remarkably made the pair consider their ability to return home of things continued to get worse.

Following her stints in the musical on Broadway, Grammy Award-winning singer-songwriter who was responsible for the score and lyrics of Waitress, made her West End debut as Jenna alongside friend Gavin Creel who had played opposite her on Broadway as Dr Pomatter and who had sung with her at the London launch of the musical over a year ago. Creel is no stranger to the West End stage having won an Olivier Award for his performance in The Book Of Mormon, playing Claude in the West End transfer of Diane Paulus’ production of Hair the musical and as Bert in the previous run of Mary Poppins at the Prince Edward Theatre.

Waitress is to close at the Adelphi Theatre on 4th July 2020, in the meantime, it has been announced that Lucie Jones and David Hunter will return to the roles of Jenna and Dr Ponatter respectively. The show is currently celebrating its first birthday in the West End.