Rufus Hound and Katy Brand will be joining the cast of Everybody’s Talking About Jamie this March at the Apollo Theatre in London. 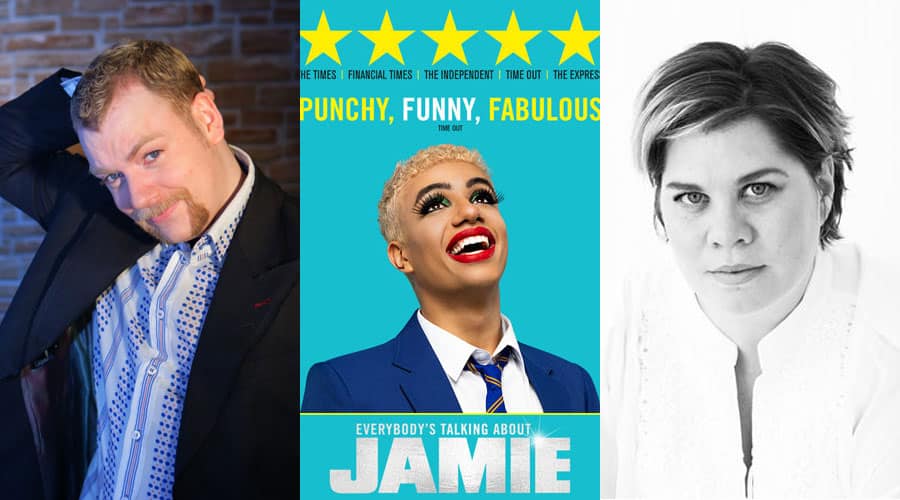 Everybody’s Talking About Jamie, the award-winning British musical has announced that actor, comedian and presenter Rufus Hound and actor, writer and comedian Katy Brand will be joining the cast this March to play Hugo/Loco Chanelle and Miss Hedge at the Apollo Theatre in London’s West End.

Katy Brand said: Joining the cast of Everybody’s Talking About Jamie is a truly thrilling opportunity for me.  If I could tell my teenage self that I would one day have the chance to perform in a huge hit show on the West End stage, that girl would pinch herself.  Jamie gets to realise his dream every night, and now so do I!

Rufus Hound said: I’m absolutely thrilled to be going into the cast of Everybody’s Talking About Jamie – a brilliant, brave and British smash hit. I have been waxing for the last year in anticipation and am currently so tucked I may as well be a Ken doll. Bring. It. On.