Mark Ludmon reports on the development of the Royal Shakespeare Company’s new musical, The Magician’s Elephant. 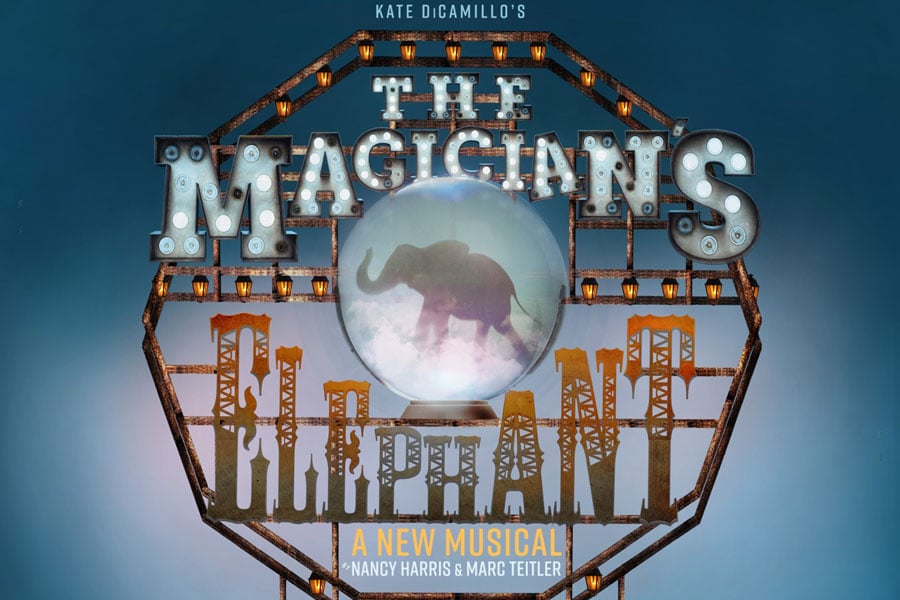 Like many other shows, The Magician’s Elephant has unexpectedly had an extra year of development thanks to Covid-19. Originally due to be premiered by the Royal Shakespeare Company in winter 2020, the new musical is due to debut at the Royal Shakespeare Theatre in Stratford-upon-Avon in October, promising a magical story with a 25-strong ensemble including Jack Wolfe, Summer Strallen, Amy Booth-Steel, Marc Antolin and Forbes Masson.

It is based on a popular American children’s book by Kate DiCamillo which is also due to be made into an animated film for Netflix. The stage adaptation has been in gestation since 2015 when its writers, Nancy Harris and Marc Teitler, were captivated by the tale while working together on a previous musical, Baddies, which ran at London’s Unicorn Theatre. Two years ago, director Sarah Tipple came on board as part of a creative team that also includes designer Colin Richmond, musical director Tom Brady, movement director Francesca Jaynes and sound designer Paul Groothius. But this is no ordinary show so they have also been joined by a magic consultant, John Bulleid, to work on the illusions and stagecraft and puppet designers Mervyn Millar and Tracy Waller who will bring to life a full-size elephant on stage with a team of experienced puppeteers.

Richmond, who has worked on both costume and set design, says they made the most of the postponement, allowing them to have fun with the magical realism of the piece. “Having the extra time has been essential,” he admits. But the essence of the story itself has not changed despite the global pandemic, lockdowns and social distancing of the past year and a half. Harris says that she and Teitler have not updated their adaptation to reflect the times but believes its themes resonate more than ever. “We haven’t tried to push the story in a direction to make it relevant but it just naturally is. We are all coming to the theatre now as different people and that does change your expectations. It does feel definitely of the moment.”

The musical focuses on a bleak, broken town where one day an African elephant is accidentally conjured up by a magician. Weaving together the stories of several characters, it sets off a chain of events that changes everyone’s lives forever. “It’s an ensemble piece,” Teitler explains. “It takes all these disparate stories and shows how they all connect. Connectivity is a big theme. It starts in quite a dark place, with people living without hope. Everyone lives in their own world and doesn’t really see what’s around them. Then the elephant arrives and all hell breaks loose. With everything that’s happened over the past year and a half, people have that thirst to be collective and be in a space together, to enjoy something together. I can’t wait to see how people react to what we’re doing because it is for them and to remind them of the magic of theatre and how you can literally walk into a different world and leave in a different space to where you were. There is the idea that anything can happen if your eyes are open.”

Tipple points out that it is also a story about healing. “At the start, people are in a lot of pain,” she explains. “It shows how the healing process is to have your pain acknowledged, to support and be supported. We have all been very focused on that idea of the collective, and this story really looks at that. That’s not something we’ve tried to put in but it has taken on a particular relevance.” In its scope, she sees it as having an “epic” quality, with a beautiful sung-through score, that will make for a “thrilling” experience. Harris believes that it will take audiences on a “satisfying emotional journey as well as a musical journey and a magical journey”, adding: “It is uplifting. They will come away with hope.”

The Magician’s Elephant runs at the Royal Shakespeare Theatre in Stratford-upon-Avon from 14 October 2021 to 1 January 2022.