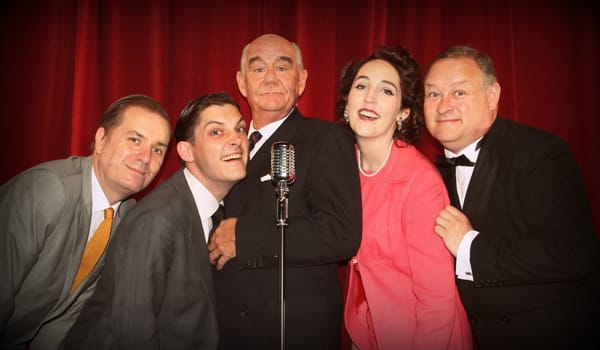 Following a UK tour, Round The Horne has just commenced an eight-week run at the Museum of Comedy.
Celebrating the ground-breaking radio comedy series of the 1960s, Apollo Theatre Company have recreated the original recordings from the BBC’s Paris Studios to mark its 50th anniversary.

Director Tim Astley has compiled the script for the production using only material from the original broadcasts, with the full blessing and support of the original writers’ estates.

On why he wanted to mount this production, Tim explains: “I thought it was only right that its 50th anniversary be celebrated, and what better way to do that than to be able to transport fans back to the original recordings and recreate the anarchic atmosphere that made the programme such fun to listen to?”

With the eponymous Kenneth Horne at the helm and the stellar supporting cast of Kenneth Williams, Hugh Paddick and Betty Marsden, Round the Horne burst onto the comedy scene in 1965. It was one of the biggest radio programmes of its time, regularly garnering audiences of up to 15 million each week.

The show is perhaps best remembered for the characters of Julian and Sandy and their use of the hitherto little-known camp slang, polari, which enabled the characters to say things that would otherwise have been completely unacceptable at the time.

Round The Horne runs at the Museum Of Comedy until March 12, 2016