Rodgers and Hammerstein’s Cinderella will recieveits UK Premiere when it is performed in concert at Cadogan Hall London on 20 October 2019. 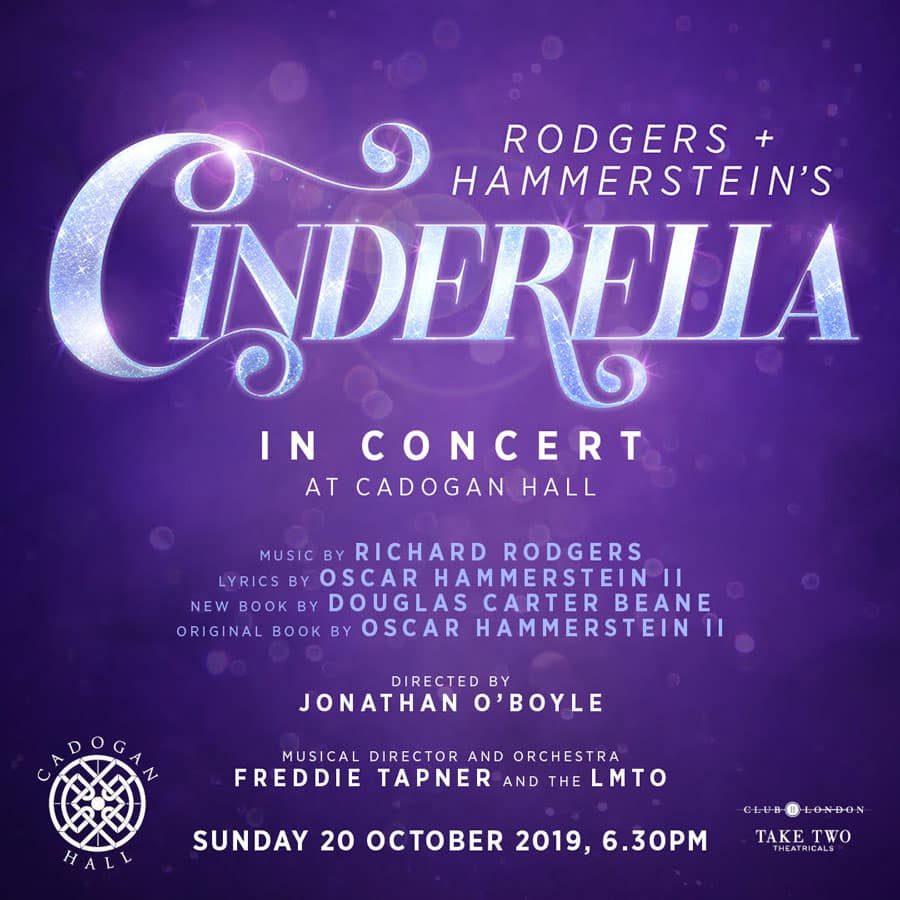 Rodgers and Hammerstein’s Cinderella is the Tony Award-winning musical from the creators of South Pacific and The Sound of Music that has delighted American audiences with its contemporary take on the classic fairy tale. The semi-staged concert, directed by Johnathan O’Boyle (The View Upstairs, Hair, Aspects of Love, Pippin), will feature some of Rodgers and Hammerstein’s most beloved songs, including “In My Own Little Corner,” “Impossible/It’s Possible” and “Ten Minutes Ago,” alongside a hilarious and romantic new book by Tony Award-nominee Douglas Carter Beane, as well as some new characters and surprising twists.

Originally presented on television in 1957 starring Julie Andrews, Rodgers and Hammerstein’s Cinderella was twice remade, first in 1965 for Lesley Ann Warren and then again in 1997 featuring Brandy and Whitney Houston. The original Broadway production opened in 2013.

Musical direction will be by Freddie Tapner, along with a stunning 21-piece orchestra featuring London Musical Theatre Orchestra (LMTO). Casting will be announced shortly.

Tickets go on sale today 5th August 2019 following the link below for the concert at 6.30pm on 20 October 2019 at Cadogan Hall London.