Casting has been announced for the UK Premiere of the Broadway hit musical Rodgers and Hammerstein’s Cinderella in concert at Cadogan Hall. 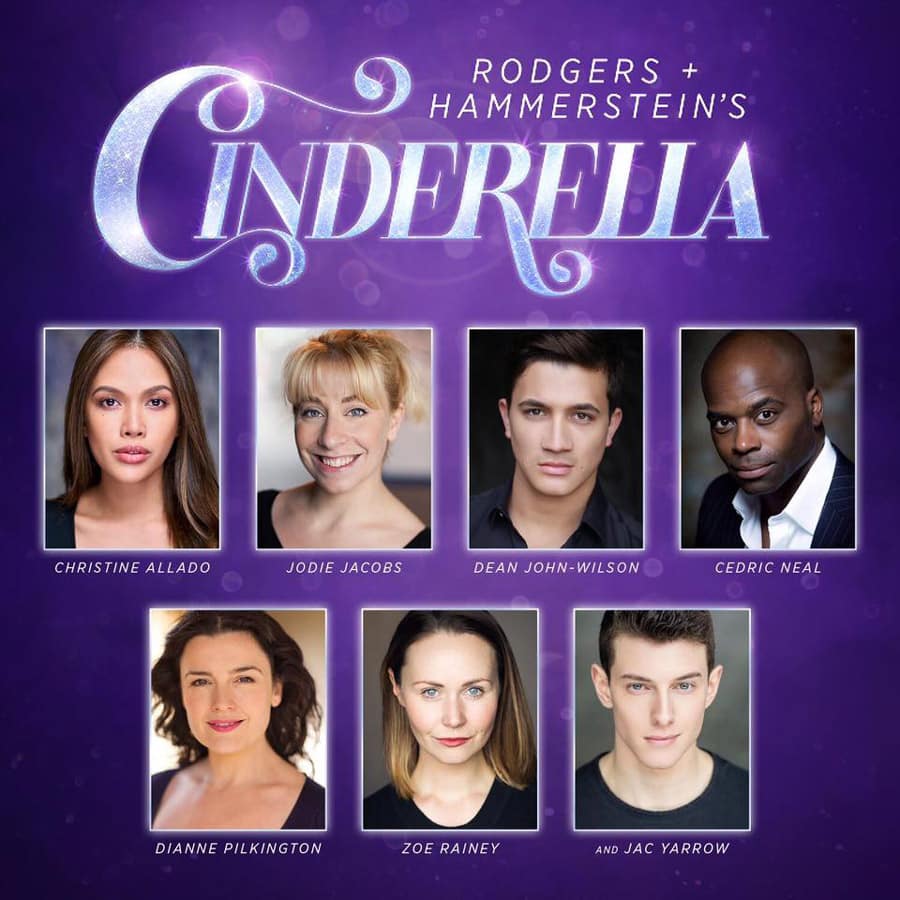 Initial casting has been announced for the UK premiere of Rodgers + Hammerstein’s Cinderella. The star-studded line up of West End favorites is led by Christine Allado (Prince of Egypt, Hamilton andIn The Heights) who will star as the titular Ella, alongside Jodie Jacobs (Unexpected Joy, Bananaman and Lizzie) as Charlotte, Dean John-Wilson (Cruel Intentions, The King & I and Aladdin) as Jean-Michel, Cedric Neal (Back To The Future, The View UpStairs and Motown The Musical) as Lord Pinkleton, Dianne Pilkington (Only Fools and Horses, Young Frankenstein and Wicked) as Marie, Zoe Rainey (Kiss Me Kate, An American in Paris andRomeo & Juliet) as Gabrielle and Jac Yarrow (Joseph and the Amazing Technicolor Dreamcoat and Winner of the 2019 Stage Debut Award) as Prince Topher.

Further casting for the roles of Madame and Sebastian will be announced shortly.

Rodgers + Hammerstein’s Cinderella is the Tony Award-winning musical from the creators of South Pacificand The Sound of Music that has delighted American audiences with its contemporary take on the classic fairy tale. The semi-staged concert, directed by Johnathan O’Boyle (The View Upstairs, Hair, Aspects of Love, Pippin), will feature some of Rodgers & Hammerstein’s most beloved songs, including “In My Own Little Corner,” “Impossible/It’s Possible” and “Ten Minutes Ago,” alongside a hilarious and romantic new book by Tony Award-nominee Douglas Carter Beane, as well as some new characters and surprising twists. Originally presented on television in 1957 starring Julie Andrews, Rodgers + Hammerstein’s Cinderella was twice remade, first in 1965 for Lesley Ann Warren and then again in 1997 featuring Brandy and Whitney Houston. The original Broadway production opened in 2013.

Musical direction will be by Freddie Tapner, along with a stunning 21-piece orchestra featuring the London Musical Theatre Orchestra (LMTO). The evening will also feature Dramaturgy by Victoria Saxton and Projection Design by George Reeve.

Cinderella in concert will be presented at Cadogan Hall on 20th October 2019.