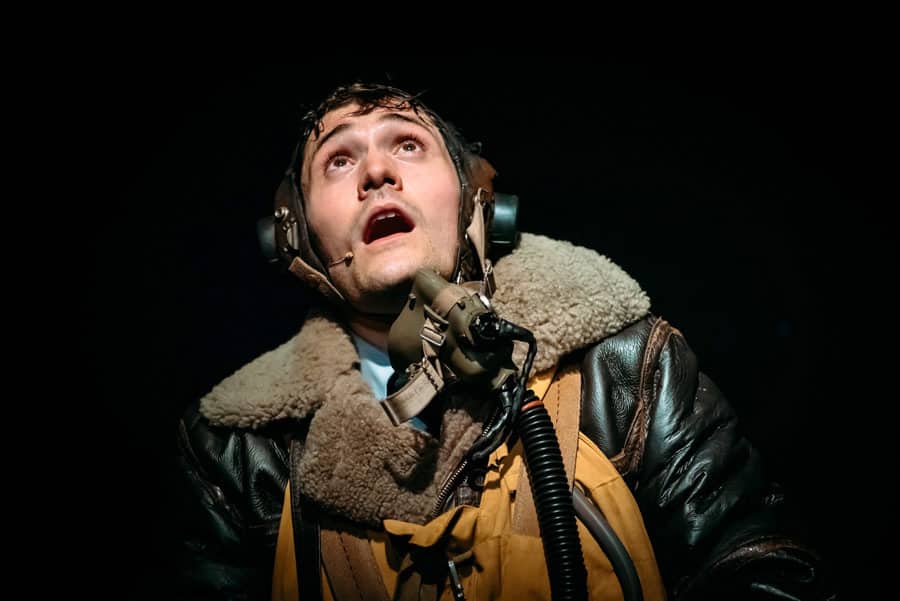 The terror and drama of a bombing mission during World War II are brought to life in Bob Baldwin and Max Kinnings’s new play, WIreless Operator. The roar of the engines, the whistle of the wind as the plane soars and plummets, and the explosions of bombs and gunfire draw us into the horror of a mission that feels fated to end in tragedy. Focusing on the radio operator, perched in his station on a Lancaster bomber, the show conjures up the whole crew as they embark on their 35th sortie – far more trips than most airmen survived.

But this is not just a gripping wartime thriller. It explores how these men were plucked from their ordinary lives and turned into killers – something that haunted many for the rest of their lives. The wireless operator is a young carpenter called John from London’s East End, engaged to be married and with a baby on the way. As the plane heads for Germany from its base in Lincolnshire, he recalls his carefree life back home, his childhood, his friends, now troubled that he is implicated in the deaths of people just like himself and his family. In a strong solo performance, he is played with engaging warmth by Thomas Dennis, struggling with fear and exhaustion while trying to project strength and resilience to his colleagues. 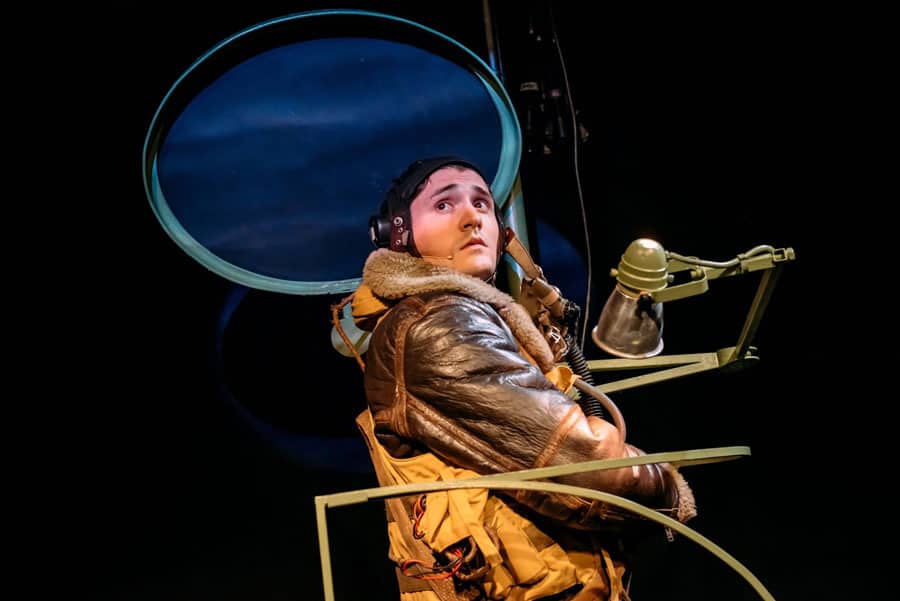 The play is based on the accounts of Baldwin’s father, Joe, who served in Bomber Command as a wireless operator, flying his first mission when he was only 21. It aims to show the kind of experience that lies behind post-traumatic stress disorder (PTSD), now known to affect many who serve in the military. Back during World War II, this was ignored and misunderstood, writing men off as having a “lack of moral fibre”, forcing them to hide their fears behind jokes and banter. In contrast to the generals and politicians safe in their war rooms, the crew in Wireless Operator understand the nightmare that each of them are going through, supporting each other as far as their masculinity will allow.

The play captures the deep bonds of friendship between the airmen – pre-recorded voices heard as if on John’s headset – revealing their own dreams and fears. It forms part of an immersive and explosive soundscape created by sound designer and composer Phil Maguire, alongside lighting and projections designed by Simeon Miller and set and video from Kit Line. Under Baldwin’s direction, the show’s strength is its visceral, emotional power, giving you a glimpse of the white-knuckle challenges that airmen repeatedly faced, with life and death hanging in the balance.