Paul T Davies reviews Wilf at the Traverse Theatre presented as part of the Edinburgh Fringe. 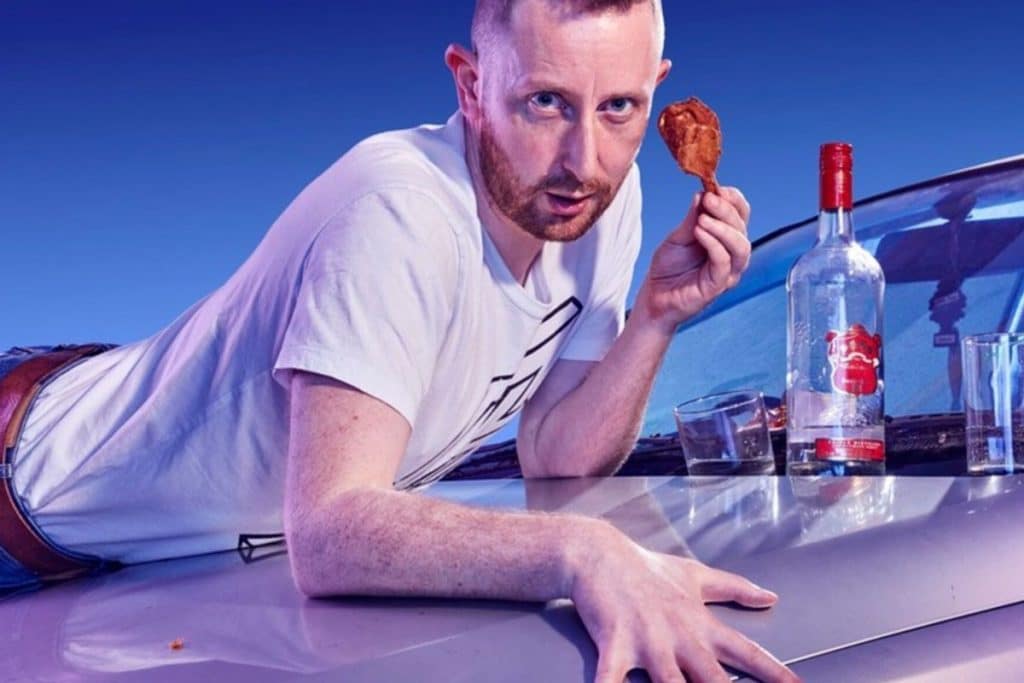 Passing his driving test gives Calvin the chance to leave his abusive boyfriend. He buys Wilf, a rusty Volkswagen Polo, and they set off on a journey to detonate his inner sex bomb. Except Calvin, possibly bipolar, develops deep feelings for Wilf. James Let’s totally outrageous comedy goes where nothing I have seen on stage has gone, and I don’t think I can listen to Bonnie Tyler again!

It’s riotous and heart-felt, particularly because of an excellent cast, headed by Michael Dylan as Calvin, revelling in oversharing but also empathetic to Calvin’s mental illness. Neil John Gibson excels in all the other male roles, generally sympathetic and supportive, especially as Frank and Irene Allan is terrific as the acerbic driving instructor Thelma. The comedy ranges from outrageous to dark, (Calvin’s boyfriend is only 5ft 4, but has a “wee set of steps to run up”), but immense sympathy is created for Calvin.

The set and movement creates a fast-paced show with a lot of heart and… Other body parts! You will have a ball, one of the funniest and best-acted plays on the Fringe!