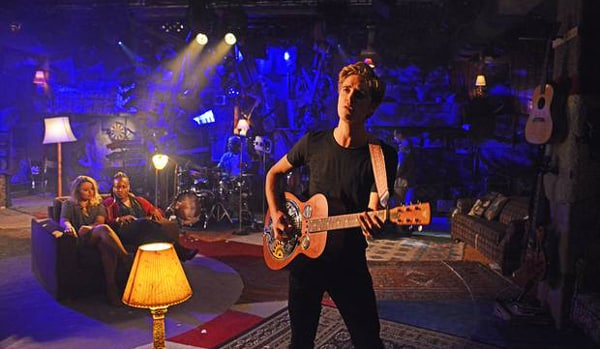 What’s It All About?: Bacharach Reimagined
Menier Chocolate a Factory
16 July 2015
4 Stars
Now Transferred to the Criterion Theatre

It goes awry very near the start.

The (very) handsome, (very) energetic, very (appealing) young man (who looks like, if such a thing were possible, the love child of Aaron Tveit and James Dean) speaks soothingly, invitingly, to the assembled, expectant audience who are, for the most part, persons of a certain age, who have come because the music of Burt Bacharach was an integral part of their adolescence and early adulthood: people who hungered for raindrops to fall on their head, just didn’t know what to do with themselves, harangued unsuspecting kitties with querulous demands about “What’s new?”, knew that love wasn’t just about making love but wanted to be close to you anyway and, most importantly, confidently asserted they knew what the world needs now.

These people knew all about the heady excesses of the carefree, exploratory, love fuelled sixties and seventies. They probably knew about Flower Power, LSD, patchwork quilts, The Monkees, smoking pot, The Partridge Family, long hair and hand dyed fabrics too. They know and love these songs and the big stars, such as Perry Como, Cilla Black, Dianne Warwick and Tom Jones, who first made them famous. For them, this promises to be an evening of exciting nostalgia, a tangible reminder of their own youth and romantic history.

The young man smiles at the expectant faces and invites them to relax and enjoy themselves. He exhorts them to cheer and clap. Then he invites them to sing along. This is near fatal to the enjoyment of the entire experience.

Because, of course, once invited, the nostalgia dam breaks and there is an outpouring of out-of-tune, out-of-time, guttural/high pitched (yep, the whole gamut) growling, chanting, atonal vomiting, all of which might be lovely on a deserted beach around a campfire when you are tipsy, but all of which has no business being heard in a theatre where the patrons have come to listen to the musicians who are performing. Everyone paid to hear the musicians. No one paid to hear the enthusiastic audience who make Rossini’s cats seem positively angelic and soothing.

This audience participation aspect of What’s It All About?:Bacharach Reimagined, now playing at the Menier Chocolate Factory, almost entirely undermines the inherent appeal and purpose of the production. Kyle Riabko and David Lane Selzer have deliberately set out to create an entirely new way of appreciating Burt Bacharach’s exceptional catalogue of music. Having enthusiastic sing-a-longs from audience members who don’t know how the music has been changed, but think they do, does nothing to sustain the deeply affecting mood created by the arrangements and performances on stage. The key is in the title: Bacharach Reimagined!

Riabko explains in the programme:

“How would I instinctively play each song if I were to pick up a guitar or piano and plunk out the chords?…I tried smashing them together into a combined piece and made note of when it worked and when it didn’t…I wanted to try presenting some of these songs within backbeats that I grew up with, whether it’s the pulsing funk of Sly and The Family Stone, or the balladeering of Paul Simon, or the Delta blues of Muddy Waters. I just started experimenting with those influences, trying them out in different combinations…this was an opportunity for a younger generation to continue carrying the torch of an already timeless collection of music. Because what is timelessness without the voice of youth?”

So…this is a show of new work. The audience can’t sing along with the performers because the audience has no idea what the performers are going to do. Bacharach’s music is gloriously, some times startlingly, reinterpreted, re-invigorated by Riabko and Selzer’s approach. And the only way to truly enjoy and appreciate it is to listen, carefully, to the vocals, the lyrics, the instrument playing, the harmonics, the polyphonic textures, and contrapuntal effects, the blendings and the transitions – without the distraction, endless and enervating, of audience participation.

What Riabko and Selzer have achieved here is really quite remarkable. 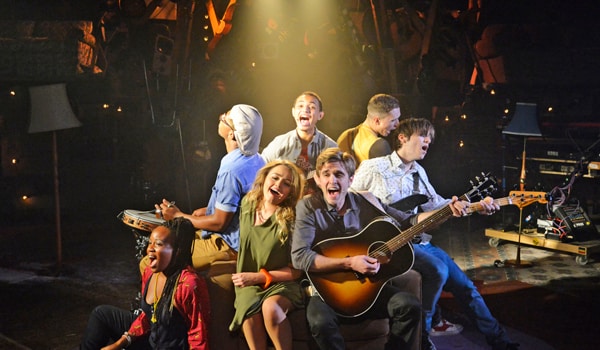 The music seems newly minted and yet eerily familiar at the same time; well known standards are completely reinvented, presented in tantalising fragments or given a superb ensemble treatment completely at odds with the solo ballad original version. Occasionally, a number is presented in a form very similar to the original and those moments are captivating, representing an axis point between the Bacharach of old and this new regenerated version. The mere presence of these moments emphasises the extraordinary talent of the composer.

So much is happening musically, it is difficult to take it all in in one sitting. There are shreds and patches of key songs, which, like Wagnerian leitmotifs, bind the whole experience, make it less a concert and more a pop/rock/r&b opera. “What’s it all about, Alfie?” is a key theme, appearing constantly throughout and, in a simple way, it provides the intellectual underpinning to the experience. Riabko and Selzer ask what Bacharach’s music is all about and shows you their answer. Emotionally complex, beguilingly catchy, intensely human, and tuneful in an all-pervading kind of way.

The set, from Christine Jones and Brett J Banakis, is just astonishing. It evokes the sense of the Sixties and early Seventies beautifully while also tapping effortlessly into any number of adolescent dens, living rooms, recreation spaces, where music might be made or played. Couches are suspended high from the wall; all forms of guitars can be found in the detritus (which consists of many objects associated with young love) which, with a disarming, eclectic brilliance, seems casually strewn all around. There is a double revolve which works some magic moments of its own, and marvellous use of single-bulb lamps which are shaded at first and, later, bare, reflecting the mood of the music.

Tim Lutkin’s lighting is astonishingly good. He produces striking, arresting and heart-melting images, uses shadows as if they were moonbeams, and judges the intensity levels and the focus points immaculately. Indeed, often the lighting tells a story or changes a mood more quickly than the music, an intentional and extremely clever contrivance.

Restlessness, anguish, devotion, community, love and despair are sewn into the fabric of the presentation here by director and choreographer Steven Hoggett with skilled use of movement, scene and instrument changes, occasional tableaux, and some achingly fragile dance. There is a sequence with Riabko, Stephanie McKeon and a guitar which is an almost intolerably beautiful pas de deux. Equally, Hogett uses finely synchronised group movement to great effect, often very humourously. It is superb, sublime direction.

Riabko is an astonishing vocalist and his passion and drive propels the entire piece. He is the simple embodiment of every man everywhere who has been or wanted to be in love, albeit he is an extremely handsome, ferociously energetic, and lithe version of Everyman. He has cheeky eyes, a winning smile and a voice which is pure, agile and completely compelling. He sings many of the greatest Bacharach ballads, but especially memorable are his wild take on “What’s New Pussycat?” and his shattering, beautifully judged acoustic guitar version of “What’s It All About, Alfie?”. He also manages a near orgasm with an electric guitar and some perky group routines which are memorable indeed. He blends effortlessly with the other musicians and stands out when he needs to. It’s a performance of pure brio, utterly captivating. 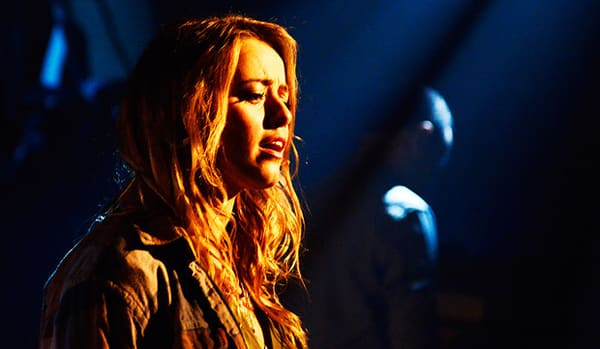 Stephanie McKeon and Anastacia McCleskey are equally captivating. They provide lustrous and quite heart breaking vocals to some of Bacharach’s most searing and insightful songs of sadness. Greg Coulson has tremendous stage presence and a thrilling voice, and James Williams’ expert percussion work is lively and unpredictable. Daniel Bailen and Renato Paris complete the gifted ensemble.

Riabko and his colleagues enjoy playing with and teasing the audience. Riffs and vamps are played, sometimes more than once, without a hint of what great tune will follow and the audience hangs in anticipation, always rewarded when the Bacharach tune finally surfaces.

This is great theatrical fun. Musically, it is endlessly inventive and interesting. Dramatically, it runs the whole gamut from silly joy to deep dark anguish. Magic Moments is quite unforgettable and many other numbers have an entirely fresh perspective seared into their fabric by the energy and alchemy at work here.

Really worthwhile. If Riabko would stop encouraging the audience to sing along, it would be unmissable.

P.S. Leave the auditorium quickly so you don’t miss the cute group rendition of “Raindrops keep falling on my head” delivered by the whole company at the entrance to the theatre. The snow is only 85 minutes or so, so resist the temptation to dawdle at the bar. You can always return when the post-show serenade is completed. And there, the sing-a-long is completely wonderful.

What’s It All About is now transferring to the Criterion Theatre in London under the new name Close To You.