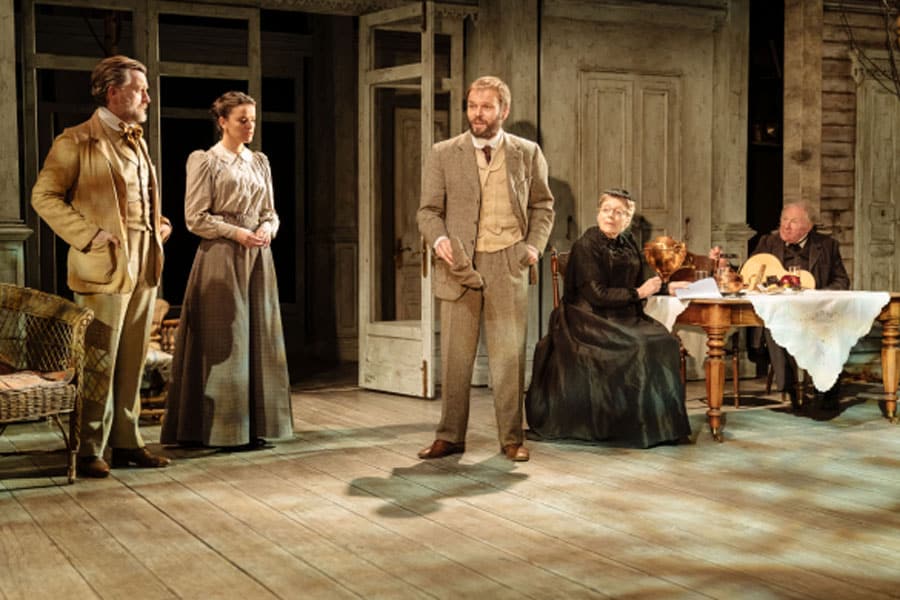 Things start promisingly enough in Terry Johnson’s (also directing) new adaptation of Chekov’s Uncle Vanya, now playing on Hampstead’s main stage. The curtain rises on the elegantly lit, skeletal frame of a crumbling country pile. Designer Tim Shortall has outdone himself here with this fading mansion, with a tree growing up through it like nature taking its revenge on the humans of the estate.

We meet Astrov, a doctor, played capably and very naturally by Alec Newman, who bemoans the state of his life to Marina (June Watson, a highlight). Already the state of ennui in which the inhabitants of the countryside spend their days in is effectively created. However, the usual order of things has been disrupted by the arrival of Serebriakov (Robin Soans, excellently pitched), a respected professor whose first wife owned the estate, and his new wife, the young and beautiful Yeliena (Abbey Lee). Serebriakov has the whole house running to his timetable and as for Yeliena, she has Astrov and Serebriakov’s brother-in-law Vanya (Alan Cox) under her spell. 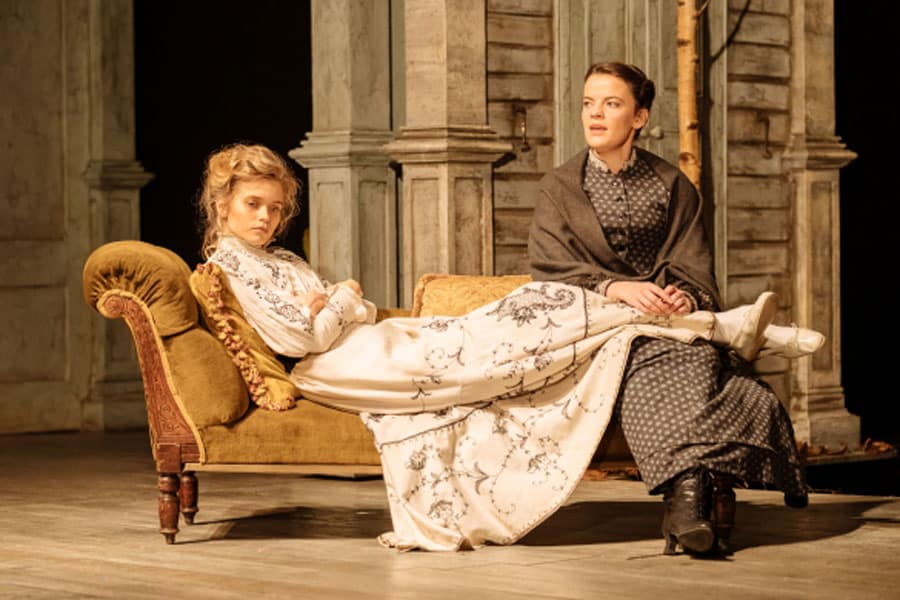 This latter fact produces one of the most wince-inducing elements of the whole play – the horrible behaviour of Astrov and Vanya towards their admired Yeliena. It doesn’t help that Vanya is, to be frank, an utterly appalling man. Being unfamiliar with Chekov’s original play I can’t be sure how faithful this adaptation is, but Johnson’s Vanya is an entitled, smug, self-righteous figure with little to redeem him or prompt any sympathy. His behaviour towards Yeliena, guilt tripping her for prompting feelings from him that she literally never asked for, borders on predatory. Not knowing the plot, when the gun went off offstage I actually felt a flicker of hope instead of dread. This is not to say that it’s a poor performance – on the contrary, Alan Cox is terrific as the self-pitying uncle, reeling off reams of dialogue with an ease that suggests these are Vanya’s spontaneous thoughts.

Abbey Lee as Yeliena is blessed with an array of gorgeous frocks to glide about in, but seems underserved by Johnson’s direction, relegated to a lot of lingering on the sidelines. Her scenes with stepdaughter Sonia (endearingly played by Alice Bailey Johnson) give her the chance to bloom a little, but unfortunately it’s all too brief. Speaking of direction, everyone seems to be on a mission to sit in every chair available (of which there are many) at least once. 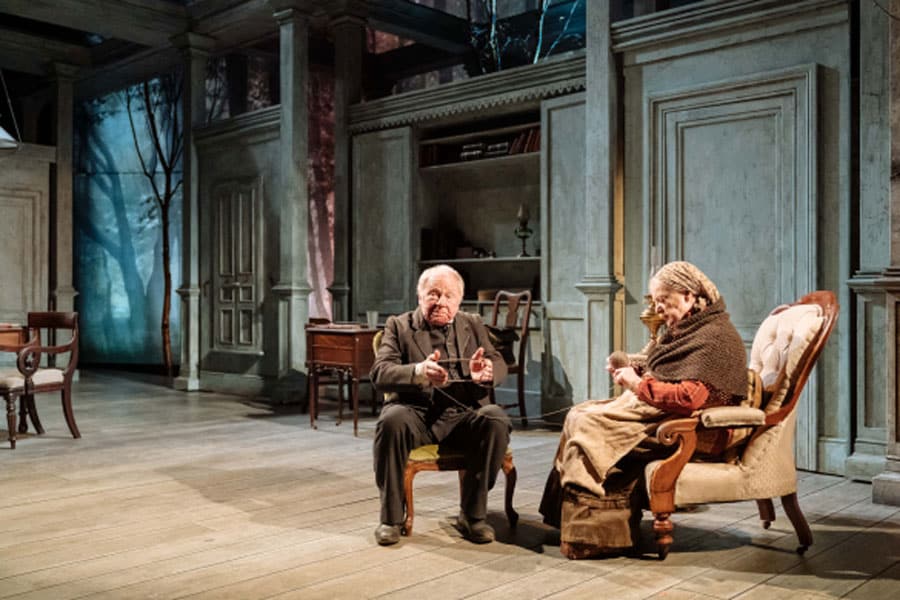 It’s a struggle to care about any of these people (except maybe Marina, and ‘Waffles’, a much maligned servant played with tremendous likability by David Shaw-Parker), and the entire production lacks the tension it sorely needs to such a degree that the concept of something bad happening becomes alluring. “Something is wrong in this house,” Yeliena declares on more than one occasion, and I couldn’t agree more. Because my goodness, this play drags. For a play with a running time of two and a half hours, it feels three times as long and could benefit hugely from trimming. The final scene in particular is interminable, with long gaping silences that had me on the edge of yelling for everyone to just get on with it. The needless repetitions of the fact that people have left becomes so grating that it’s suddenly understandable how earlier Vanya barks at everyone to shut up.

It remains a little baffling as to why this play was revived now of all times, since Johnson’s script seems to bear little relevance to 2018, bar a few allusions to climate change. The aspect of witnessing the difficulties and dramas of the privileged classes is a lot less appealing than it might once have been. Overall this production fails to live up to its potential. The script is well written and eloquent, but, like Vanya, it’s far too aware of its own cleverness, and as a result the boredom that afflicts these characters too often spreads to the audience. This Vanya looks good, sounds good – but perhaps like Yeliena, there’s not a whole lot going on behind the pretty face.