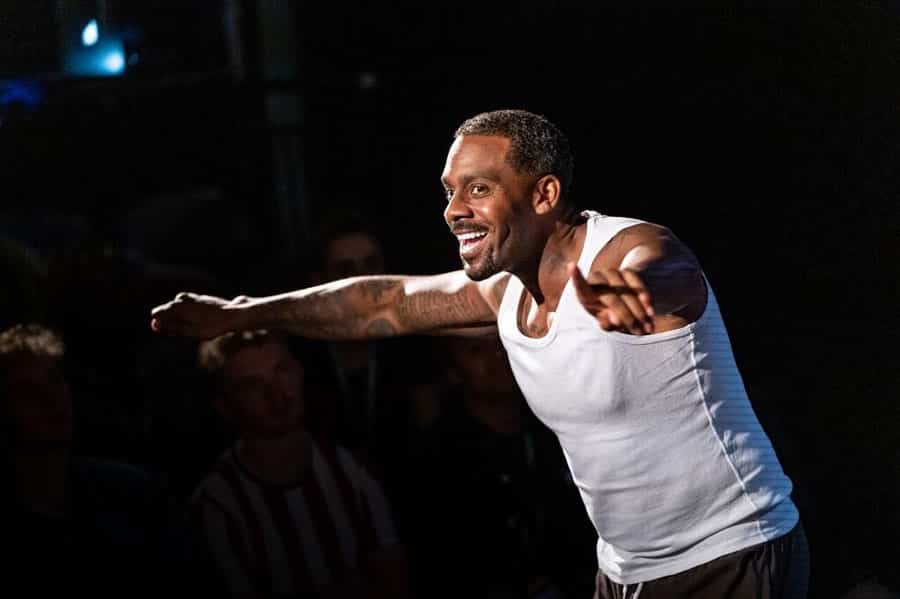 A typical night-out on the town goes down a senselessly wrong turn in Ryan Calais Cameron’s powerful new play, Typical. Highlighting the racial discrimination experienced by black people on an everyday basis, it shows how false assumptions and prejudice can have deadly consequences.

In a strong, engaging solo performance, Richard Blackwood plays a black British man embarking on a Saturday night round the bars and clubs of a northern town. With a cheeky wit, he is charming and good-natured with an easy-going attitude that tries to see past the racism he encounters. He tells us how he sticks to his nana’s mantra, “Don’t make a scene”. Divorced and father to two boys, he is a decorated ex-paratrooper but this counts for nothing in the predominantly white city where he lives.

Directed by Anastasia Osei-Kuffour, this is a sharply written piece that shifts from a light tone with plenty of humour to a shocking series of vividly described events leading up to a devastating finale. It leaves you stunned, even before a final tableau that felt to me unnecessary. The play is based on a real-life incident in Hull in 1998 but, 21 years later, not only is racial discrimination just as ubiquitous in British society but Home Office data shows that police still use force disproportionately against black people in England and Wales. After theatre company Nouveau Riché’s acclaimed Queens of Sheba brought black women’s voices to Edinburgh Fringe last year, Cameron’s latest play for the company confronts us with the stark reality of lives navigating prejudice and the threat of violence on a daily basis.