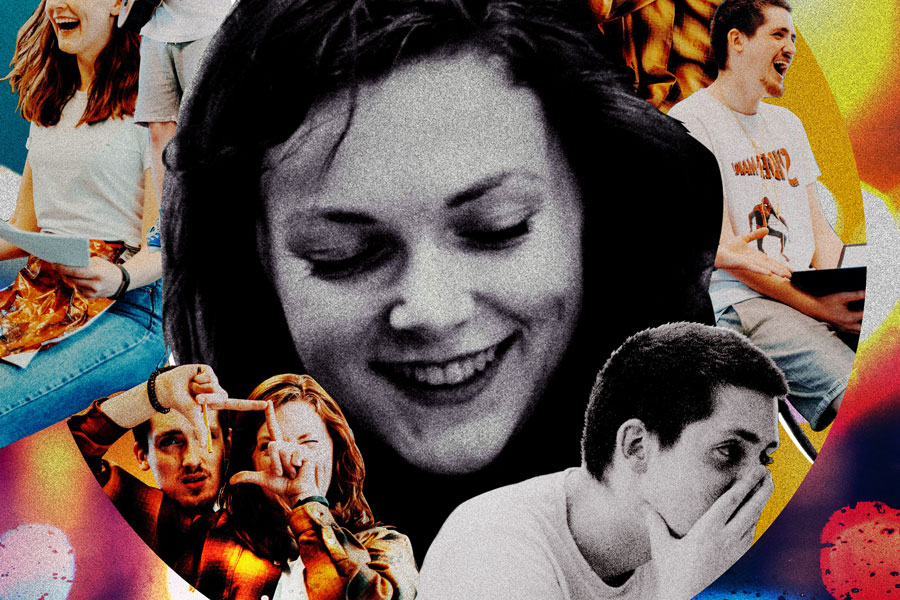 A lively new voice makes itself heard in this compelling calling card of a one-acter: Joe Kerry is the actor-turned-author here who debuts with a fascinating piece putting together two twenty-somethings caught on an (London Underground) train.  Kerry’s great asset is his electric way with dialogue, constantly alive and fresh, and not for nothing did this script win the Stockwell Playhouse’s recent Bursary Prize for Writing in this house’s 34th festival of one act plays.  Since then, it’s had some R&D work at the ‘other’ south London playhouse, the one in Southwark, and now stretches its wings further.

Conceived as a play with music, there are also some lovely songs performed by the male lead, Dylan Wynford, who also rises to every challenge the script thrusts down.  Similarly, the female lead, Michaela Carberry, is a sharp mover and able to encompass beautifully the emotional twists and turns of the vivid tale.  It’s a kind of ‘Look Back In Anger’ in miniature, with the two reprising the Porters at their best and worst (yes, even the music makes you think of this), and seen through the distorting, unnaturalistic prism of ‘Deathwatch’.  Oh, yes, there is death, too.  Twice over!  Kerry shies away from nothing and is clearly a dramatist with ambition and daring.  One can easily imagine him, a few plays down the line, having a terrific smash hit.

In terms of form, Kerry is prepared to push things as far as they will go, and then some.  In the capable directorial hands of Bobby Standley – an old associate from way back in their early teens – each individual slice of drama is given an appropriate and unobtrusive staging: the characters, their relationship, are always the priority.  The difficulties at the moment arise from structural issues creating connections between the extremely disparate tones assembled in this canvas: the over-arching narrative is only sketched in and any sense of cohesion and relation between the separate scenes is at best fleeting.  The good news is that Kerry and Standley are more than aware of this: the purpose in staging their work to date was to test it against an audience, and it is to the credit of the two south London playhouses that they have supported them to the hilt in this quest.

Looking towards the future, Kerry is already at work on a number of other projects: his restless talent has clearly got places to go and things to do when it gets there.  We shall watch out for his next moves with keen interest.  A voice to be listened to.