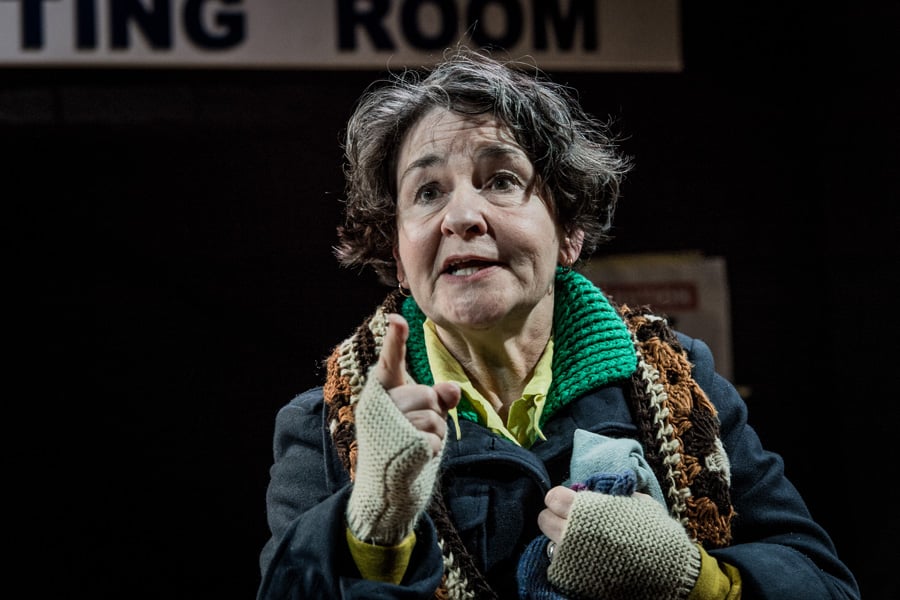 Tomorrow at Noon
Jermyn Street Theatre,
1st May 2018
3 Stars
Book Tickets
This enterprising and astonishingly ambitious little theatre in the heart of London continues to break new ground, and now, not only are they presenting a rare full-scale production of nine of the ten plays Noel Coward wrote for his one-act-cycle, ‘Tonight at 8.30‘, they are also – under the careful tutelage of Artistic Director, Tom Littler – offering a companion trilogy of new dramas ‘inspired’ by the Coward plays. 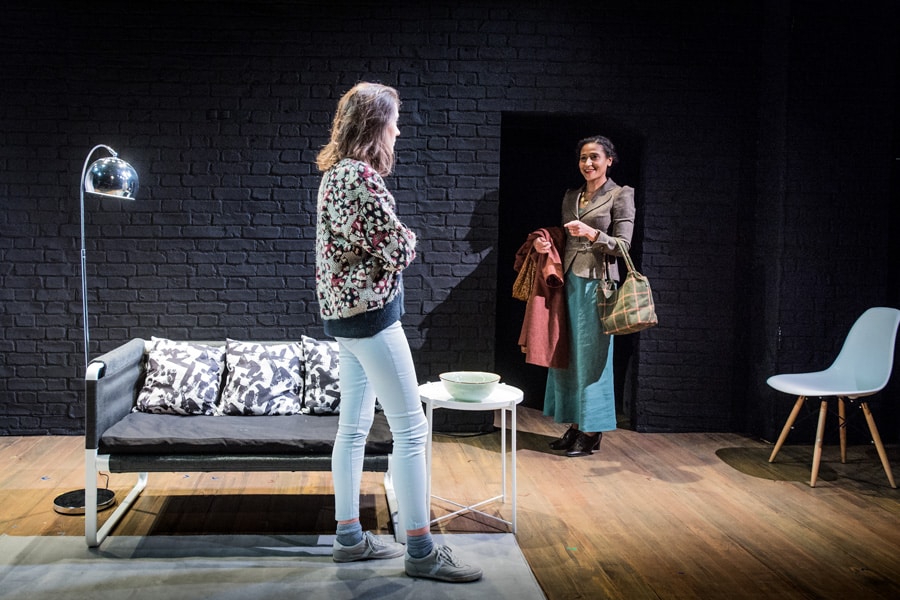 Democratically, and with optimum fairness, there was an open invitation put out to all authors to submit an application – a handful of pages and synopsis of a projected play ‘inspired’ by ‘Still Life’ (perhaps the best known of the ‘Tonight at 8.30’ plays).  Hundreds were sent in and these were all read; out of them, a shortlist of 8 possible authors were put for final selection by a stellar industry panel (including Fiona Mountford, the Evening Standard’s chief theatre critic).  The winning three (all by women), were then given free choice over which play to respond to and create a brand new one-act drama.  And those plays have now made it to the stage with a company of three (all women) actors performing them, and directed by Deputy Director of the theatre, Stella Powell-Jones.  With female set and costume designers, too, no-one could ever accuse this production of doing too little to promote the work of women in the arts.
Coward’s cycle of plays is a virtuoso display of brilliant mastery of technique – any technique – and most of them succeed in marrying extraordinary experimentation in form and style with a tough authorial agenda that doesn’t take any prisoners, although most of the plays tie up their packages in the bright, colourful paper of wit and distraction.  It is a brave writer indeed who is prepared to put their work on the block of comparison by reaching down into the rich wellspring of material Coward has brought together.
Curiously, then, what we get here offers a remarkably consistent picture.  All the writers take up Coward’s bright verbal manner, packing their scripts with elegantly turned phrases, the occasional aphorism… and parallels with his works – lots of them, not just the ‘Tonight at 8.30’ plays – abound.  But what is absent is any sense of formal adventure or technical ambition: the drama here is of the conservative, fairly predictable kind where each actor plays one role, and that role remains solid and anchored to the real world. 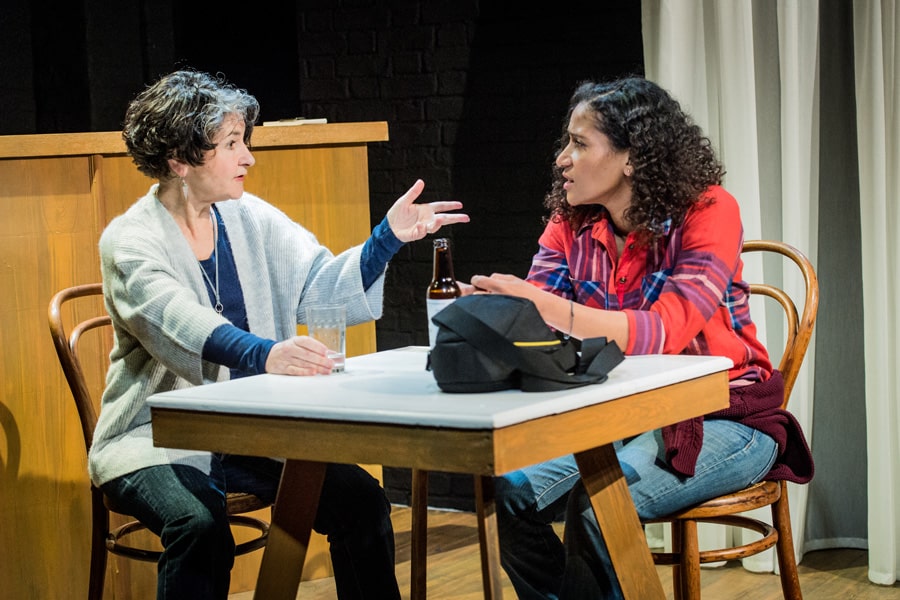 In the first, ‘Smite’, by Morna Young, we have not moved very far from the ‘source’ inspiration, the Somerset Maugham-like ‘The Astonished Heart’.  The director seems to underline this with blocking that is astonishingly static: characters retain a single stance for extended periods that remind one of Wieland Wagner at his most austere.  The lack of naturalness becomes not only mannered, but arch.  Against the prison of this direction Laura Morgan as the housekeeper-turned-heiress scores a series of hits with miraculously detailed and alive delivery of the thoughtfully written lines – she’s a terrific talent and we are sure to see and hear a great deal more from her in the years to come; sadly, Laila Pyne as the widow discovering – too late – the true nature of her husband’s double-life is hamstrung by a one-note characterisation that swiftly runs into the ground. 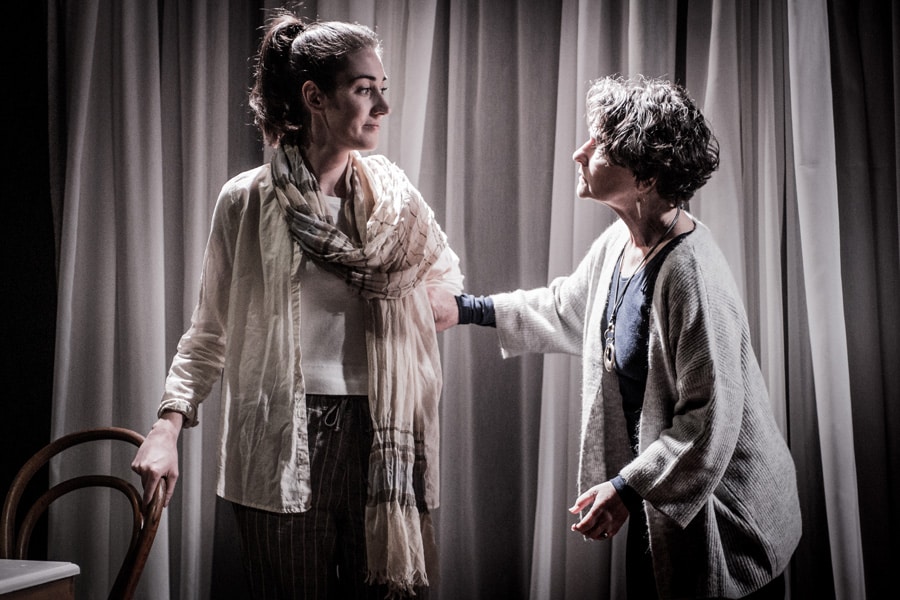 Things improve massively in the second play, Emma Harding’s ‘The Thing Itself’ (apparently drawn after the almost existentialist ‘Shadow Play’, but sounding an awful lot like a precis of, ‘The Killing of Sister George’), but not because of any virtues in the script: it is entirely due to Elaine Claxton’s commanding turn as the older woman, whom she plays with ample ‘West End’ grace and cleverness, making us like her enormously.  If that fondness is not sufficient to make sense of the oddly halting plot, then that is no fault of Miss Claxton’s.  Pyne again has a fairly one-note characterisation to work with as the younger woman leaving the relationship.  And Morgan once more walks off with the best overall part, as the ghost come back to haunt the living (yes… VERY much in the school of ‘Blithe Spirit’… but without the clarity or pacing… or humour). 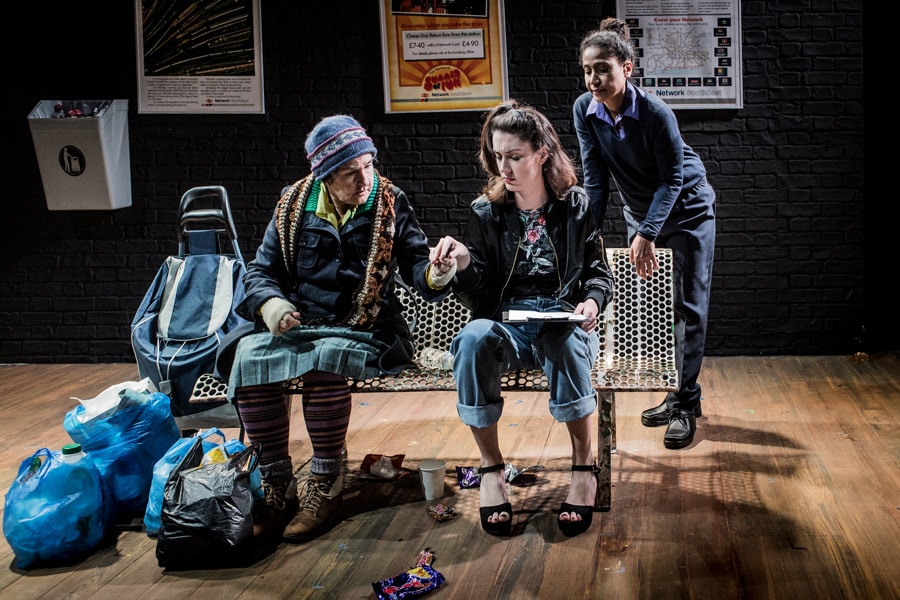 With some relief, one senses, Pyne throws herself into the third play, Jenny Ayres’ ‘Glimpse’, ostensibly a contemporary response to ‘Still Life’, and she gets a marvellously dynamic and energetic character to work with, an early 1990s (so much for contemporary) British Rail station worker.  Against her, Elaine Claxton has to play a kind of ‘Lady in the Van’ as the Bag Lady on the Bench: it may have seemed like a good idea on paper, but one wonders where Ayres’ heart is in all this, until Claxton’s super monologue in which she opens up her (rather distant war-time) past and gives us something that sounds like a pretty robust narrative. As an exercise, it may have produced mixed results this time around, but such ventures are surely worth developing.  Possibly, it may not be the easiest thing to do for a new writer to stand on the shoulders of one of the greatest imaginative personalities of the last century, and then to try and come up with something that bears comparison with his work.  Maybe another approach could be taken.  We’ll see.  In the meantime, it’s a neat and tidy production, efficiently delivering a couple of hours of theatre.
Until 15 May 2018

BOOK FOR TOMORROW AT NOON