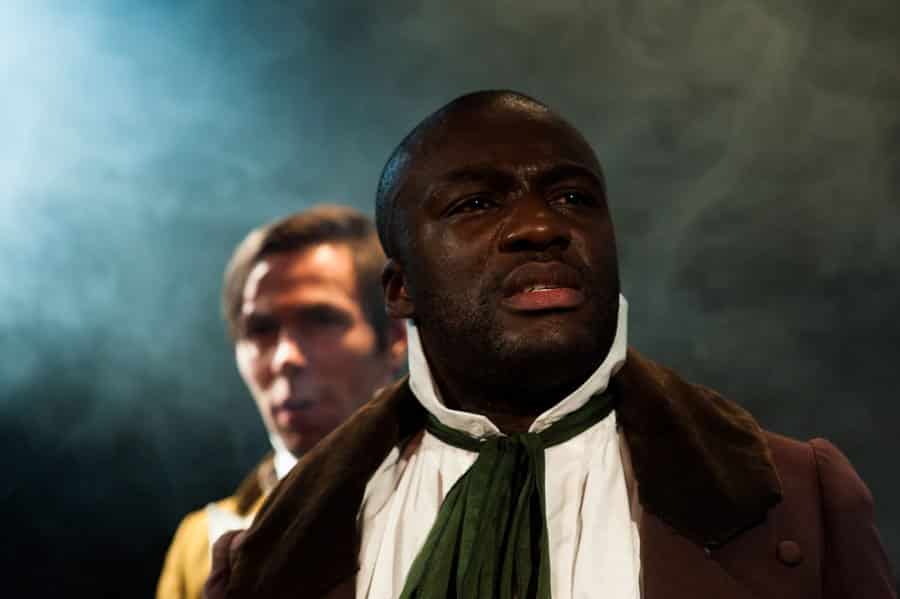 It is always a pleasure to go down to this enterprising and welcoming fringe theatre, harmoniously situated within the historic and high-quality-on-a-budget pub that takes its name from one of South London’s most nefarious highwaymen.  Here, you can take advantage of its capacious gastronomic facilities – with plentiful seating either indoors or outside in one of two pleasantly terraced beer gardens (one smoking, one not) – to enjoy, as I did, a succulent rump steak with al dente seasonal vegetables and buttered baby potatoes, washed down with a pint of the delicious house ‘Brockley Jack Ale’, all for under £14.  You can then adjourn to the sofas in the lounge bar to enjoy a fine cup of coffee, before going through into the theatre in the rear.  And what better venue could one think of to see this in-house production currently touring a number of small theatres in the area (and one near Blackburn), that takes as its subject the life and career of one of Britain’s first black sporting superstars, the formidable heavyweight boxer of the title? 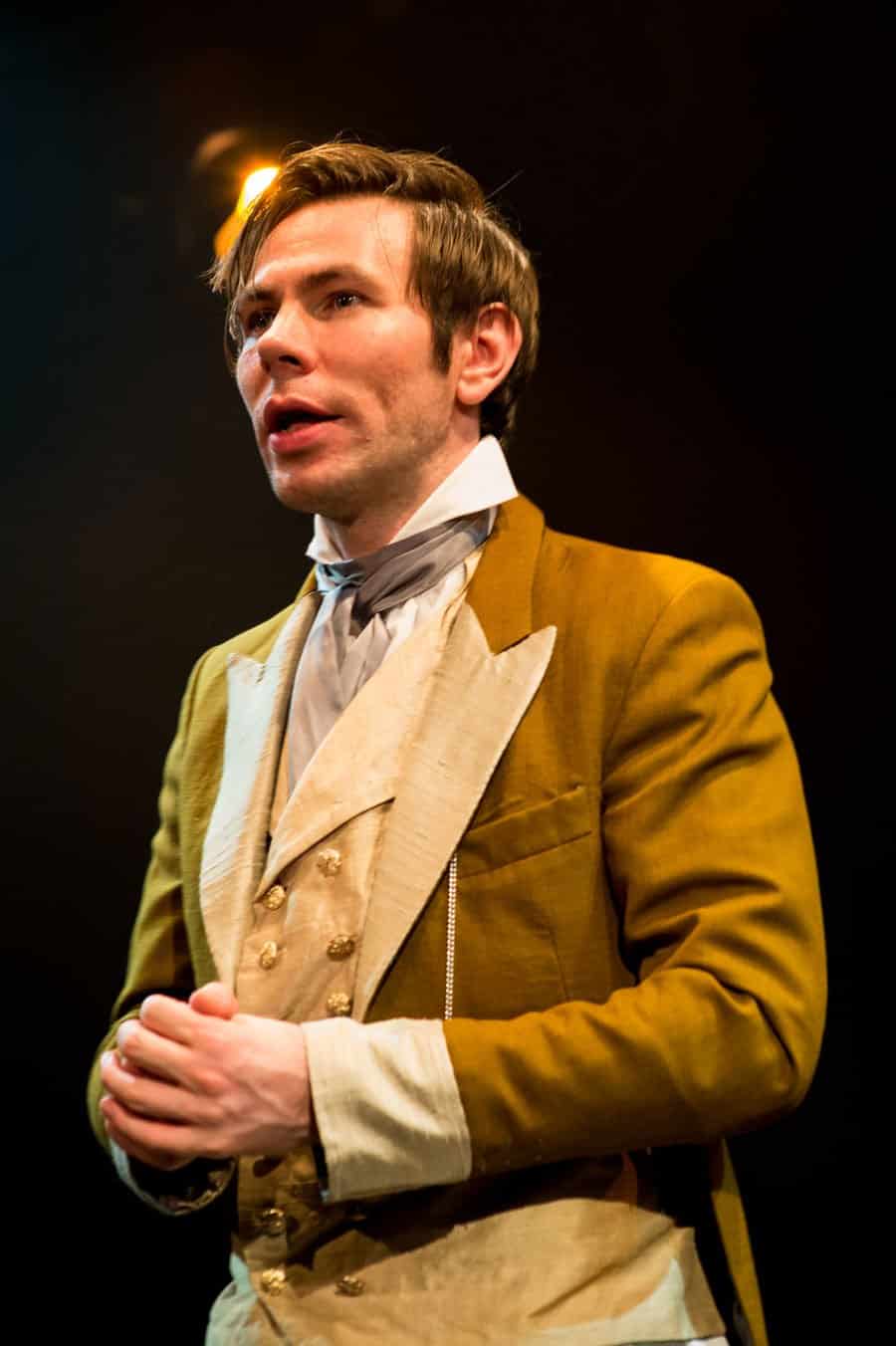 Tom Molineaux was a force to reckon with.  African-American, like Bill Richmond before him, having acquired freedom from his earlier enslavement, he saw more opportunities available to him in England than in his native United States, and so he made his way to London and – unlike Richmond – enjoyed a meteorically brief career, before a rapid descent into alcoholism that left him dying broke and homeless in an Irish garrison at the tender age of 34.  It is easy to see the appeal of such a character.  Luckily, much of his history was carefully documented by the Irish sports journalist, Pierce Egan, whose atavistic devotion to the grisly occupation of bare-knuckle fighting produced a mountain of source material, from which co-artistic director of the Brockley Jack, Tom Green, has extruded sufficient to make an 80-minute two-handed for the writer and the fabled object of his fascination. 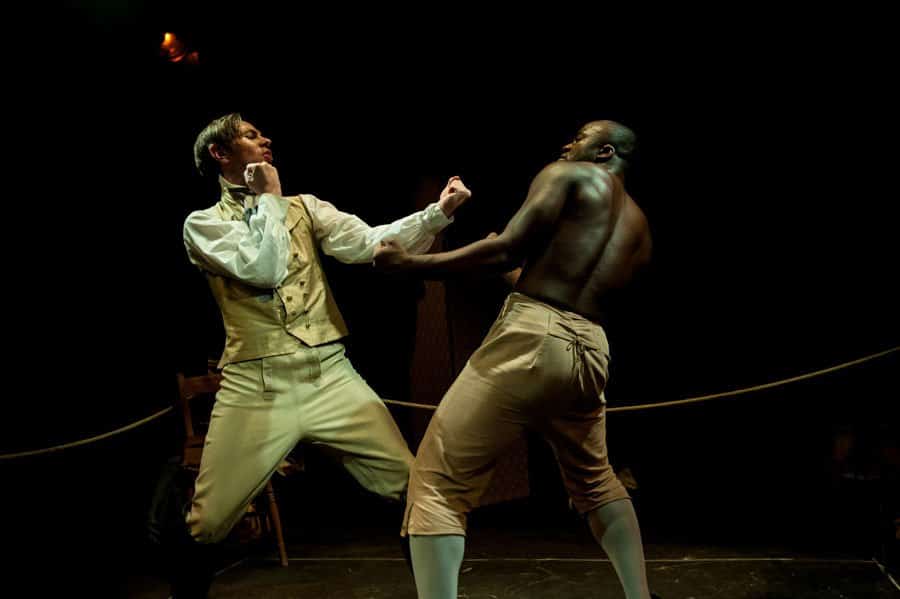 So far, so promising.  Moreover, joint artistic director Kate Bannister has taken on the direction of the work and created a simple but flexible staging, with designer Francis Alston providing an atmospheric location: although, Bannister possibly might have made more of using thing expressively.  There is lighting by William Ingham, sound by Jack Barton, smart period costumes by Martin Robinson and – most wonderful of all, perhaps – vividly convincing fight direction by RC Annie.  The fortunate casting of the muscular Nathan Medina in the lead lends powerful verisimilitude to that part, and Brendan O’Rourke brings a bracing contrast in the part of the comparatively weedy reporter.   Furthermore, the production has successfully reached out for support from local communities, including many boxing groups, and this in no small measure has contributed to its success in getting proper funding from a number of august bodies.  As a ‘project’, therefore, it is admirable. 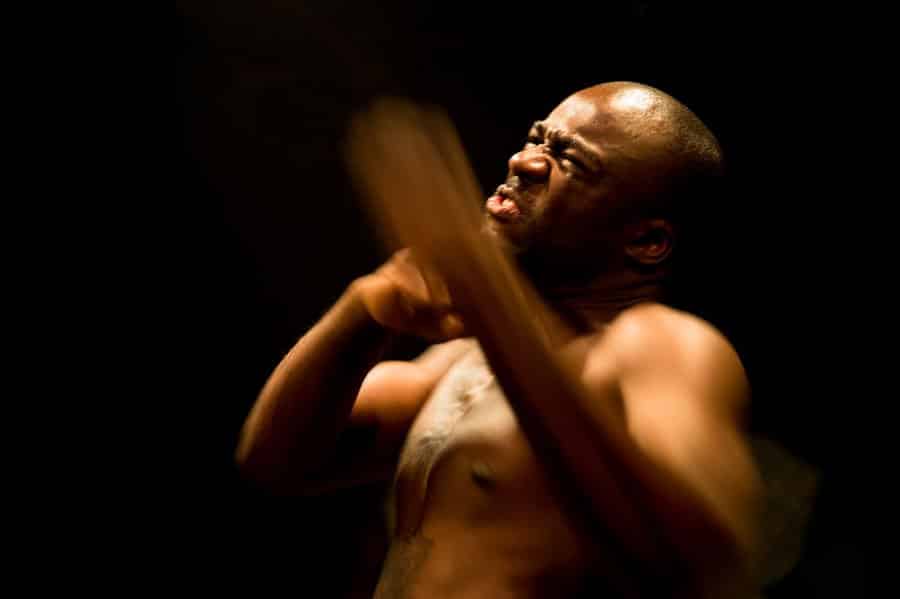 The real difficulties it faces, however, are less practical and more aesthetic.  When representing any boxer’s life it is difficult not to fall into the trap of writing what in effect can be summarised as, ‘And then I fought….’  Sadly, despite the best efforts of the cast and creative team, the tendency of the script towards offering a scrapbook of ‘best bits’ from the sporting legacy of Molineaux is impossible for it to dodge.  Although there are some genial and intriguing video clips (thanks to Timothy Stubbs-Hughes), suggestive of a broader reach and franker exploration of the brutal truths underlying this form of fighting, Green’s script itself only occasionally comes to life in the same sort of way.  For all we hear of the pair nearly incessantly talking, at the end they seem every bit as elliptical and mysterious as at the outset.  A more serious weakness is probably the decision to have Egan as one of the characters.  It is of less than compelling dramatic interest to hear a sports journalist reading to us from his publications.  Perhaps a more theatrically engaging story might have been to have Richmond and Molineaux in Richmond’s gym (where other patrons included no less a figure than Lord Byron).  Who knows.  As things are, this feels less like a play and more like an illustrated talk.  Fortunately, the guys giving the talk are wonderful to look at.