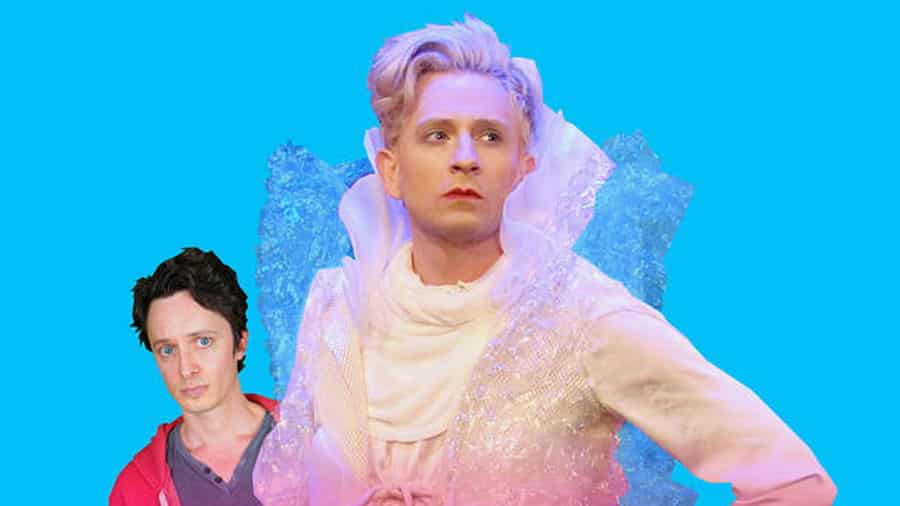 How can you capture in words the surreal joy of a show like Tilda Swinton Answers an Ad on Craigslist? This mad comedy has played to full houses in New York and Los Angeles but, now that it is making its debut in Britain, it is clear why it has become such a cult hit.

It starts off normally enough with a young man, Walt, contemplating the failure of his life after being dumped by his handsome but slutty boyfriend. To make a bit of money, his ex has already put an ad up for a roommate on the classifieds website Craigslist. As Walt resolves to kill himself, in swans a vision in white fabric and bubble wrap – legendary movie star Tilda Swinton. She is moving in to do research on Walt for a film on his tragic life and proceeds to pick apart his character flaws, his mannerisms and his relationships with his parents and ex-boyfriend.

This is all a showcase for a hilarious, unforgettable performance by Tom Lenk as the movie icon, playing her as a haughty, gloriously camp screen goddess who has played every great role under the sun. Alongside this flamboyant, beautiful monster is Byron Lane as the downtrodden, self-pitying Walt – a perfect foil but very funny in his own sad way. Lane is also the writer of this unique, inventive show, which is cleverly directed by Tom DeTrinis and also features Jayne Entwistle and Mark Jude Sullivan. It is a quirky comedy tour-de-force that keeps the audience in fits in laughter throughout its surreal 60 minutes.

BOOK NOW FOR TILDA SWINTON ANSWERS AN AD ON CRAIGSLIST