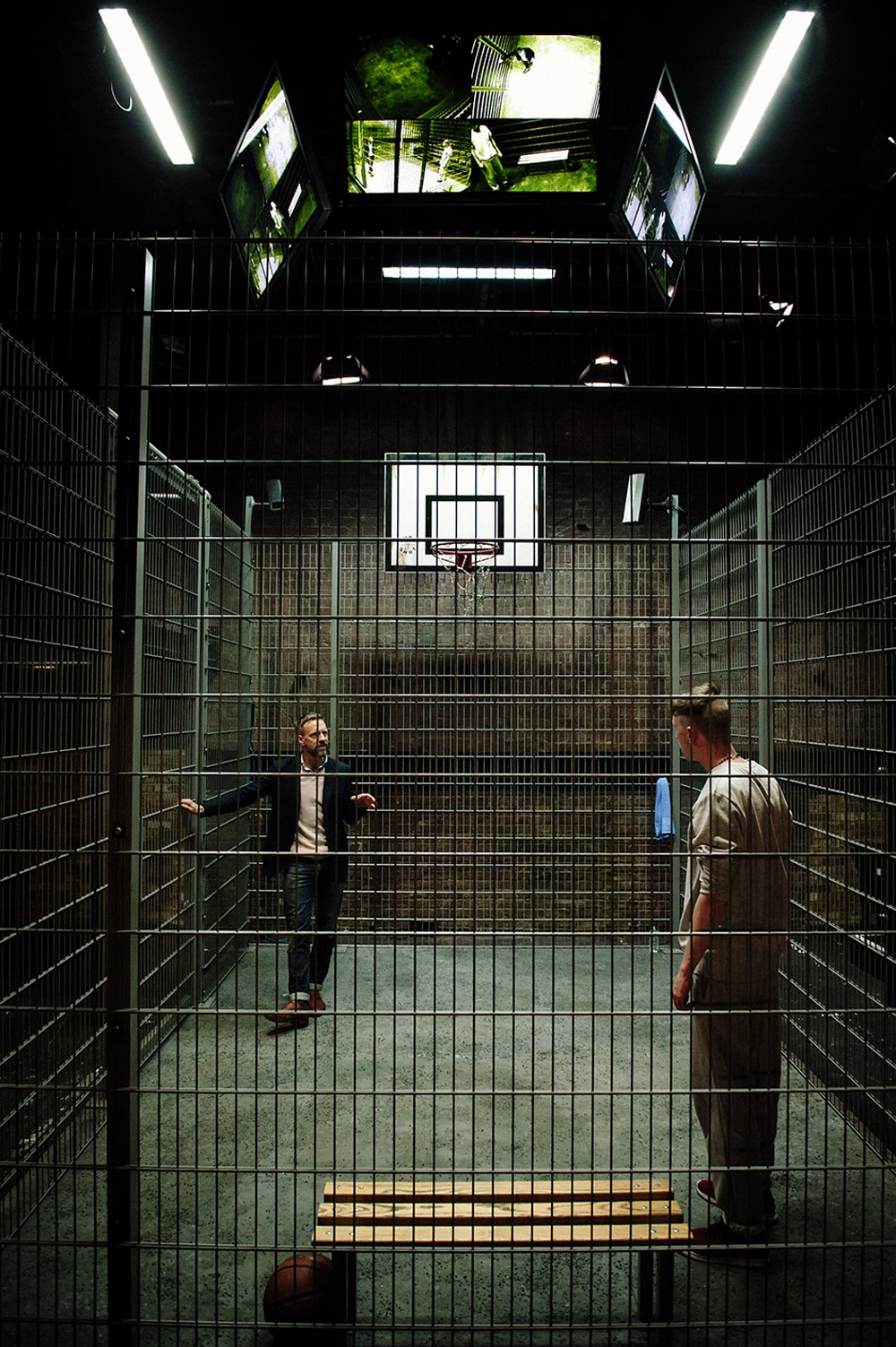 In the opening pages of the programme and text for Thebes Land, there is a warning to the audience to “close this book now and only open it after you’ve seen the show”. It pays to follow this advice to fully enjoy the playful twists that make this a marvellously disorienting piece of theatre.

It is difficult to talk about the play in detail without spoiling the experience. On one level, it examines the theme of patricide, featuring the author, “T”, researching a play on the topic through Martin, serving time at Belmarsh prison in south-east London for brutally murdering his abusive father. The visceral horror of his story contrasts with the on-stage author’s over-intellectualising to find deeper meaning, drawing on allusions such as Dostoyevsky’s The Brothers Karamazov and the most famous of patricides, Oedipus, whose Greek home gives the play its title. 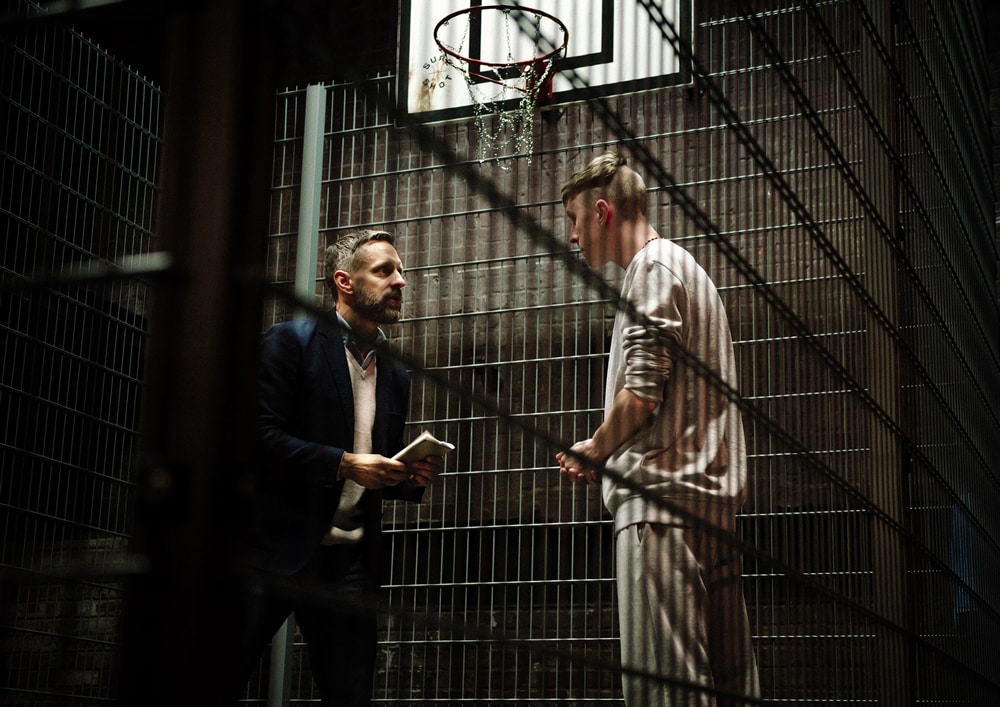 However, Thebes Land is also an exploration of adapting real lives for art and entertainment. It cleverly blurs the line between reality and what we are seeing on stage in a way that is unsettling and leaves you questioning the theatrical experience itself.

Trevor White as “T” and the remarkable Alex Austin are mesmerising, drawing the audience into the shifting realities of the drama. The striking set by Jemima Robinson is a basketball court in a “large protective cage”, with screens above showing CCTV of the stage, allegedly created out of a need to comply with Home Office regulations around having the real-life Martin present. 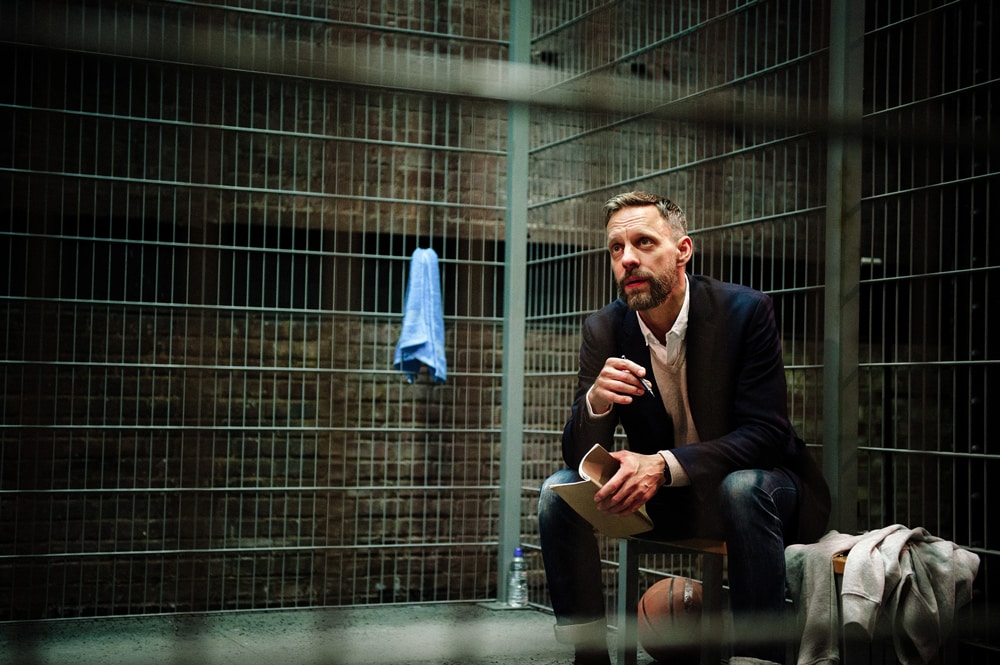 The show is directed with precision by Daniel Goodman who has adapted it from Tebas Land by Franco-Uruguayan playwright Sergio Blanco. It has already played sold-out runs in eight other countries around the world and brings this exciting writer to the UK through a partnership with CASA Latin American Theatre Festival. On opening night, someone introduced as Sergio Blanco joined the curtain call – but, by then, our minds had been blown so much we were not sure what to believe.