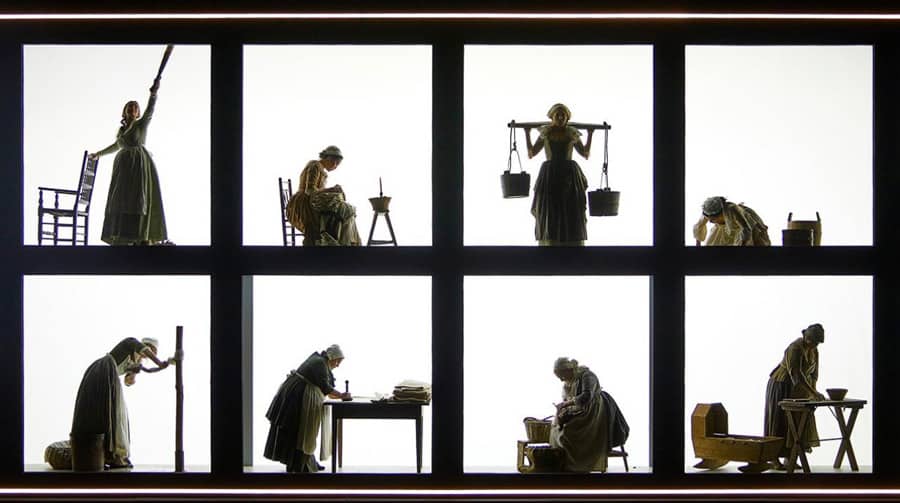 The premise of The Welkin is inspired. An all-female jury forced to try the case of another woman; Twelve Angry Women, set centuries before Henry Fonda was even an embryo. 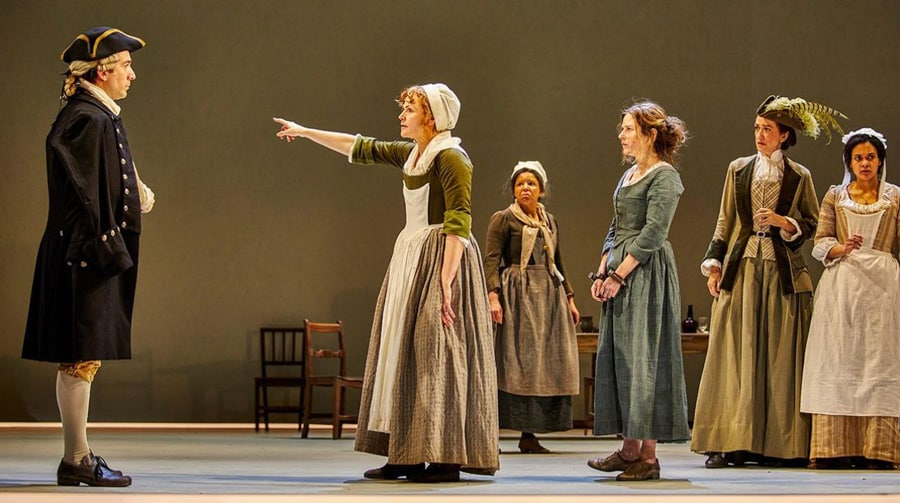 This comes about through reimagining a long-forgotten tradition, a “jury of matrons,”. These were the women who had the unenviable task of adjudicating on whether a convict was pregnant, a decision that could make the difference between the gallows or exile in the then-colonies.

It is a knotty and unwieldy production that wrestles with multiple themes and characters and emerges not giving enough prominence to any of them, despite its considerable running time. 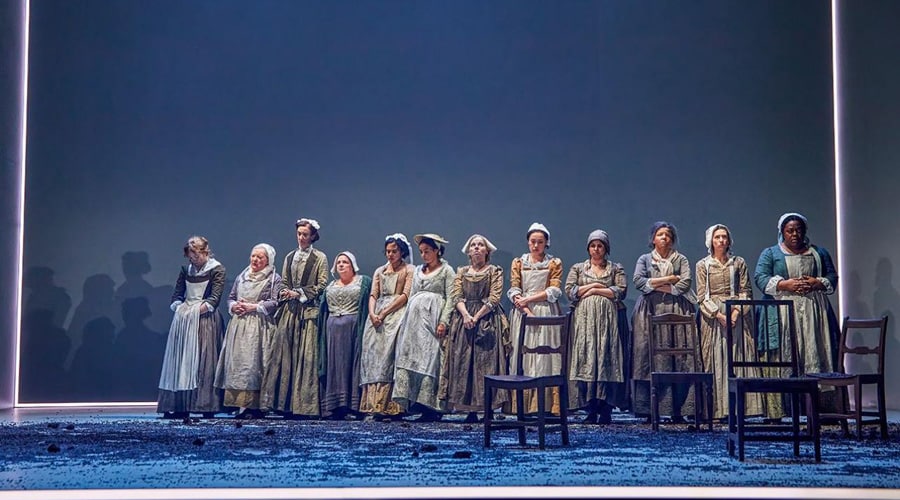 This means the climax is not sufficiently developed when other material feels ripe for trimming, for example, an unnecessary and anachronistic song in the second half.

Nonetheless, there are some commendable performances amongst the majority female cast, although some of the accents were more accurate than the others.

Ria Zmitrowicz is compelling as Sally Poppy, a snarling teenager who is accused of the murder of the child of a landowning family. There was real bravery in writer Lucy Kirkwood making the character deplorable and remorseless, rather than a miscarriage of justice, and it shows Zmitrowicz’s talent that she was able to wring so much empathy from such a troubled role. 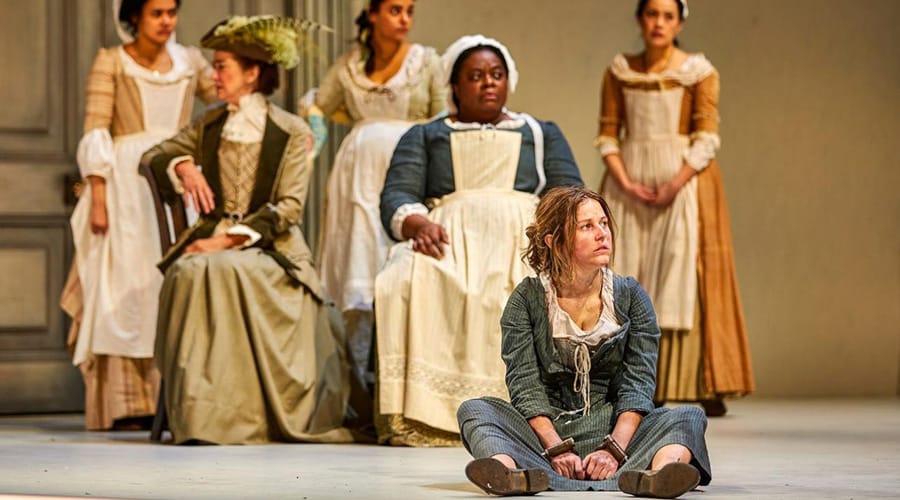 Maxine Peake also gave a typically brilliant showing as local midwife Lizzy, although her character was one of several that was prone to unrealistic speechifying, along with some exposition-heavy dialogue.

Bunny Christie’s set is spectacular, although the combination of cavernous space and the aforementioned loose accents meant that several important lines were lost into the ether.

The Welkin is a play with buckets of potential, but some judicious pruning is needed to give it greater focus and thematic clarity. At the moment the Welkin feels like a play that is a few drafts away from greatness.