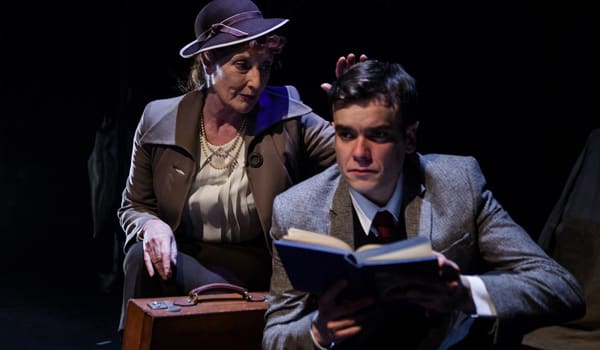 The life and achievements of British mathematician Alan Turing may seem an unlikely subject for a new musical, but an ambitious new production at London’s New Diorama Theatre has endeavoured to tackle Turing by way of a musical biography.

Episodic in nature, Turing is shown as an awkward, nervous boy who matures into an awkward yet brilliant man, bereft of social graces and without a care of how the world perceives him. Driven by a dominating, yet seemingly self-centred mother, he only really comes to life when in the presence of Christopher Morcom, an older school friend whom Turing became infatuated with. 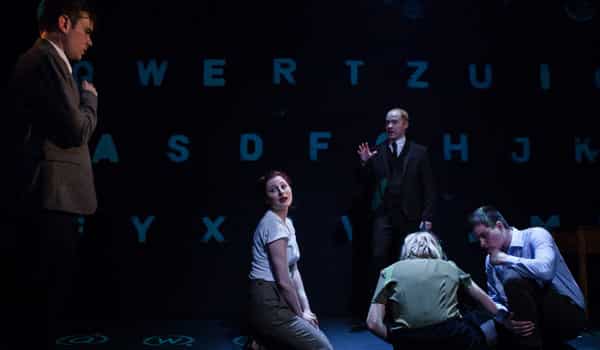 Richard Delaney is striking in the complex role of Turing, capturing his being both physically and in brief moments of song. The composers have chosen to allow the music to occur around Turing highlighting his alienation, which is palpable. Judith Paris is a driving force in the show as Turing’s mother Sarah. Her admonishments of Turing as a boy and in adulthood are devastating and the character is certainly given some of the most poignant, strong musical moments in the show.

Supported by a hard working company, with stand out performances by Celia Colby and Michael Faulkner, the show sometimes feels too busy with movement feeling inorganic and lacking fluidity. Well designed projections illuminate the performance space at times, engulfing the stage with a graphic representation of both the Enigma machine, and the Turing-Welchman bombe. 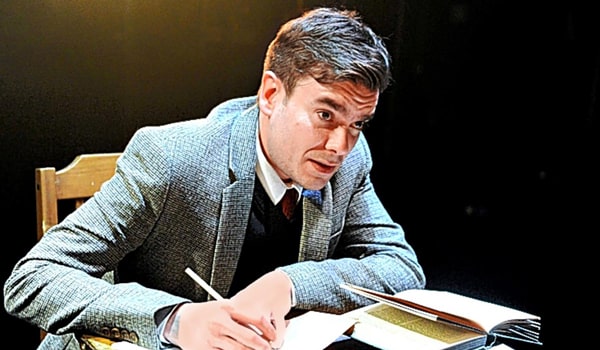 Those seeking a musical in the broadest of definitions may be disappointed by this offering. Whilst the majority of the music and lyrics for The Universal Machine drive forward the narrative, there are no real stand out numbers, just a lyrically sensitive portrait of a troubled man, which is credible without falling in to a cliché’d representation. That said there is still work to be done here to refine lyrics which are often repetitive and to round out some of the characters around Turing who potentially have so much more to offer. The show itself never seems to reach the dramatic high that perhaps we expect given the dramatic wartime backdrop against which the adult portion of Turing’s life is set.

That said this is a moving piece of theatre and certainly worth a look. It will be interesting to see further incarnations of the show to see how the writers develop it further.