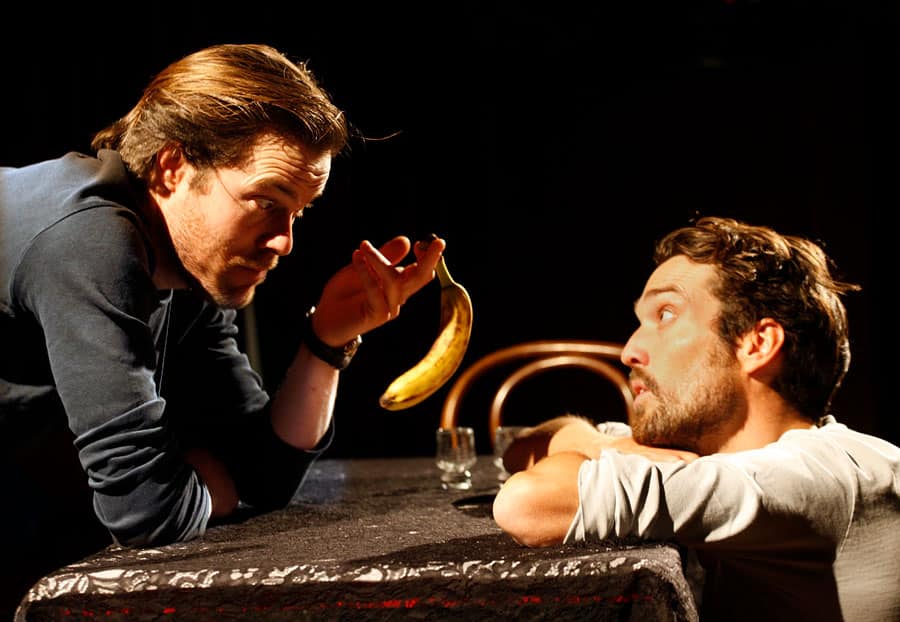 A little while ago I reviewed a production of Jest End, whose audience was largely made up of performers, crowing with laughter as they recognised their own victories and strifes onstage. I believe that Theresa Rebeck’s play The Understudy would likewise serve such an audience, as the piece similarly and skilfully deals with the life of a performer – in this case, one who takes a job, well aware of the likelihood of never stepping on stage.

The action takes place during an understudy rehearsal for a Broadway production of ‘Kafka’s undiscovered masterpiece’ starring Bruce, a big Hollywood name, and Jake, an action movie star in the vein of Chris Pine/Evans/Pratt aching to be taken seriously. Sparks fly when he encounters his understudy Harry, a jobbing actor who needs a good five minutes to get into character and is very dismissive of the plane crashes and explosions of Jake’s films. Trying to keep everything running smoothly is stage manager Roxanne (Emma Taylor, a well-acted mirror-image of the SM running on her last nerve), who is not only dealing with Jake’s entitlements but also her past with Harry. 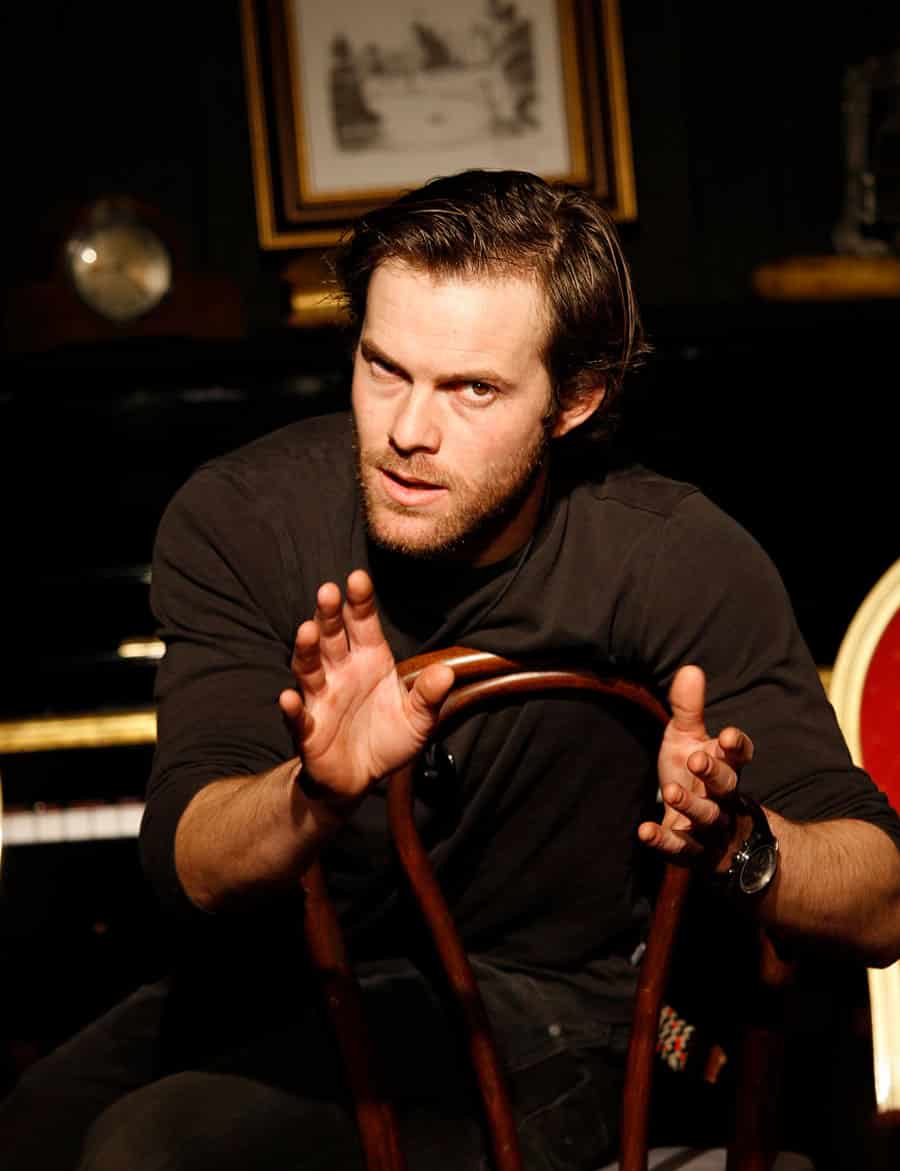 Samuel John as Harry and Leonard Sillevis as Jake are both pitch perfect in their roles. John encompasses the eccentricities and melancholy navel gazing of a struggling actor, and his rambling, flight of fancy monologues are a joy to watch. Meanwhile, Sillevis is all swagger and self-belief, along with an intense hero-worship of the playwright. But both are believable, multi-faceted performances, with moments of startling vulnerability that are absorbing to watch. 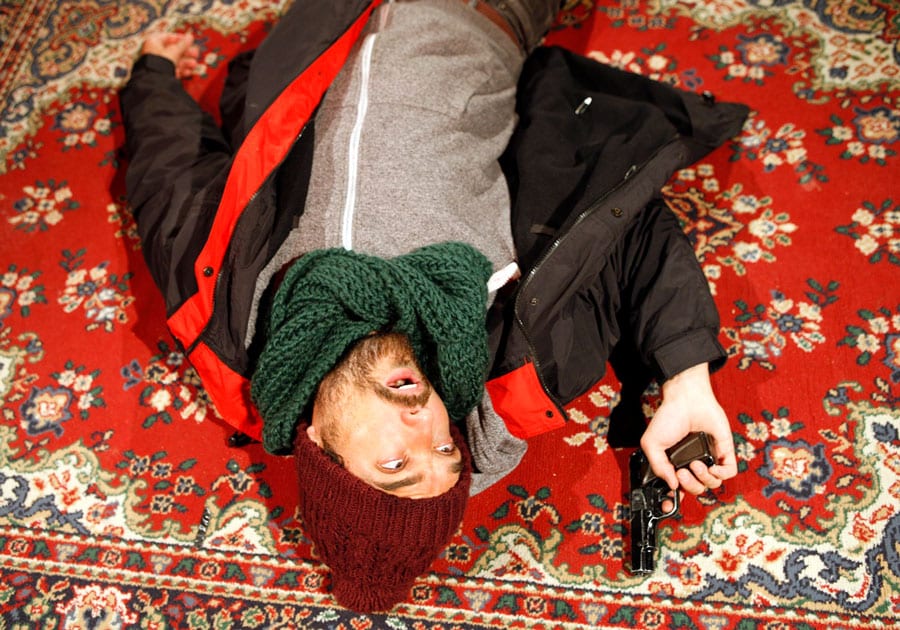 In fact, the only time The Understudy begins to falter is where Rebeck has tried to shoehorn in a completely unnecessary love triangle. It doesn’t contribute much, never really goes anywhere and lapses too far into clichéd predictability. Where the play really shines is in its portrayal of rehearsal life. The frequent periods of waiting fluffed cues and repeated scenes all ring true, and the relationship between Harry and Jake is particularly good fun to observe. Their initial level of disdain for each other gives way into an oddly endearing friendship, peppered with Godot-esque existential musings on the industry. The mood is kept light, however, thanks to Jake’s regular reverent exclamations of ‘But Kafka!’ and Harry’s sardonic wit. 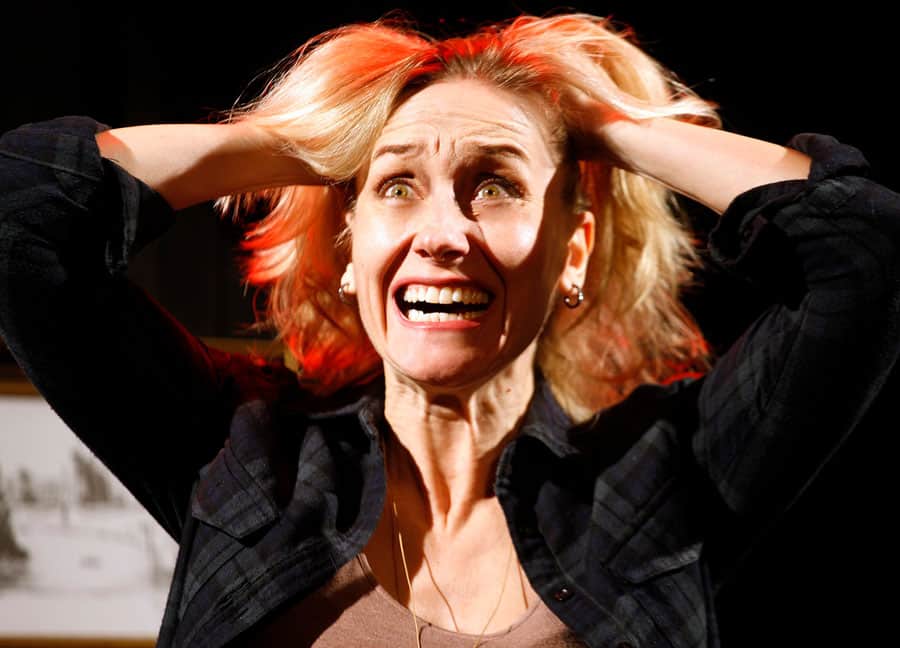 There’s a charming level of knowingness to this production too. Staged in a tiny room above a pub in Little Venice, the characters admiration of the grand Broadway sets, here represented by a wooden table and two stools is delivered with a healthy dose of wryness. Seated in the round, the audience is fully involved in the action, doubling as Harry’s imagined observers when he launches into another solo speech.

A witty and very enjoyable look at the world of star casting, The Understudy is a must see for those involved in the theatre business and those curious about behind the scenes. Comedic and clever, this UK premiere makes for a very entertaining evening.

BOOK TICKETS TO THE UNDERSTUDY