In HG Wells’s seminal sci-fi novel The Time Machine, a Victorian scientist leaps more than 800,000 years into the future where he finds humanity evolved into simple childlike creatures called Eloi and underground troglodytes called Morlocks who feed on them. In an immersive adaptation trailing through the study rooms and stacks of the historic London Library, Creation Theatre inventively fills in the gaps in the story as we follow a 20th-century Time Traveller trying to understand and avert the destruction of humankind. 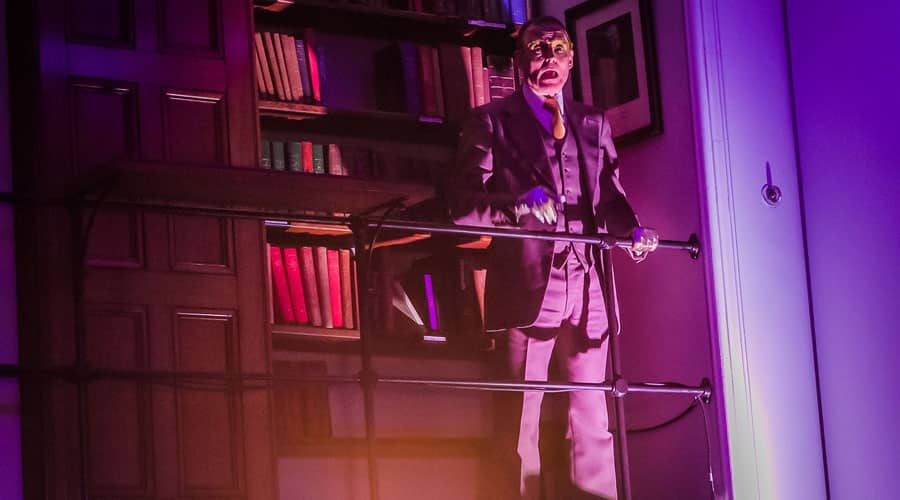 In conjuring up visions of an impending apocalypse, it draws on modern anxieties, from GM food and climate change to global pandemics – an unsettling coincidence for a production that was written last October. While the show balances its serious themes with plenty of playfulness, it questions whether man-made catastrophes could ever be preventable or reversible in a capitalist society ruled by profit. The show’s politics are no big leap for anyone familiar with Wells’s original story rather than the more thrill-seeking film adaptations. While he is mostly remembered for his pioneering sci-fi and writing the book that inspired Half a Sixpence, he was a radical who used The Time Machine to critique the divisions in late 19th-century society, suggesting a future where the working-classes (Morlocks) have turned on the exploitative leisured class (Eloi).

Like last year’s acclaimed adaptation of Dracula, Creation Theatre has also taken inspiration from the show’s setting within The London Library where Wells was a lifelong member. Led by the Time Traveller clutching a briefcase-shaped time machine, groups of up to 20 people are taken up and down staircases into rooms where writers including Wells have worked throughout the library’s 179-history, stopping off in the back stacks with dizzying views through grills to the floors below. Of the four actors in the role of the storytelling time traveller, ours was played with engaging passion by Leda Douglas, joined at intervals by other characters including a walking, talking computer entertainingly portrayed by Graeme Rose. 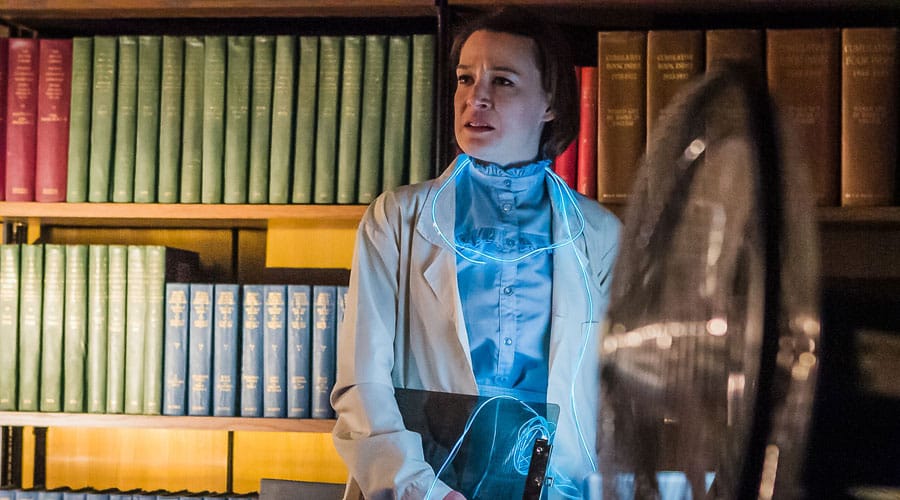 Written by Jonathan Holloway and directed by Natasha Rickman, The Time Machine is packed full of ideas, from the theories and ethics around time travel through to climate change, Platonic philosophy, social science, physics, epidemiology, and the relationship between language and meaning. No doubt reflecting the variety of knowledge stored on the library’s shelves, the narrative sometimes becomes muddled and loses focus in the face of this deluge of information. But with time glitches, shifting realities, predatory Morlocks just out of sight and colour-changing socks, this is an enjoyable and thought-provoking new take on a classic story with the added bonus of a unique historic space.

BOOK NOW FOR THE TIME MACHINE