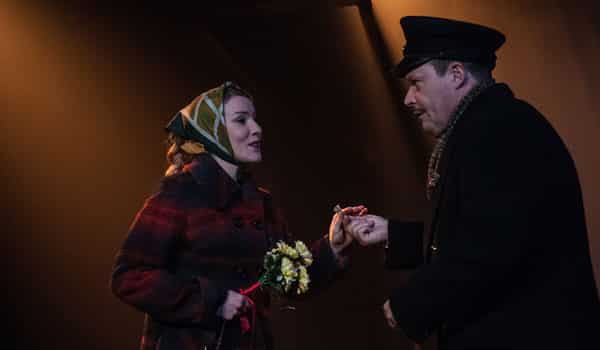 Musicals come with an in-built requirement for the suspension of disbelief; singing instead of speaking ensures that to a degree. So workshops or staged readings of new musicals often have a head start – people except to make allowances and do. But there is something of a flip-side to this: the music can be judged too harshly, for instance, because there are no orchestral orchestrations or support or not all of the voices are as ideal as they might be in a full production. Unless you can orchestrate in your head, this can be a big problem; imagining better singing is not usually a problem.

These problems can feel accentuated or overshadowed by the book. Where the book is a known or expected quantity, the score gets inherent support; where the book is new or unexpected, the score might be swamped by the attention given to book or its lyrics. Adaptations of known works can exacerbate these issues: if the adaptation does not follow the spirit or form of the original, the mystery as to “why the change?” can overwhelm everything else.

These musings all come sharply into focus when considering Bronagh Lagan’s production of The Station Master now playing at the Tristan Bates Theatre as part of Aria Entertainment’s important Page To Stage annual season, which seeks to encourage the development and refinement of new musical theatre. With a score and lyrics by Tim Connor and a book by Susannah Pearse, this is a very loose adaptation of the famous German play, Judgment Day, by Ödön von Horváth. 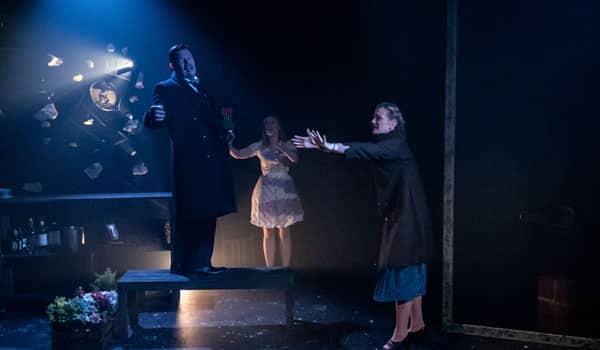 In its original form, the play is a psychological thriller built on repressed emotions, subdued feelings, aroused passions and guilt with a capital G. A fastidious station master, whose embittered wife is drifting away from him, is momentarily distracted from his duties by the sensuous attentions of a young, attractive woman. While distracted, he fails to stop a passenger train at his station, with the result that there is an accident in which lives are lost. The pair lie about what happened, but the wife of the station master witnessed what happened and speaks up. There follows a torrent of grief, recrimination, apology, acceptance and a further accidental death. The villagers let their sympathies sway like a kite in the wind. As the station master decides that suicide is the appropriate response, his wife intervenes.

The play is driven by the thoughts, actions and behaviour of the station master’s wife. What causes her to say and do what she does, how she changes and adapts, how she affects the behaviour of others is the true pulse of the play. The Germanic sense of precision is palpable too, as are notions of class and an assumption that passion is restrained, controlled.

The musical version adopts some of this, but the focus is never really on the wife or her actions. Rather, the prism is shifted to be more sharply reflective of the station master himself. Further, the action is relocated to rural England, the Lake District, not a place where timetable precision or repressed sexuality (of the kind in play here) would seem obvious characteristics. While making the setting more local improves access to character types and some broad comedy, there is a disproportionate loss of the evocative undercurrents from the original.

Partly, that loss is due to direction and casting. Lagan’s direction is perfunctory, at best, and unimaginative and over-fussy at worst. Even taking into account, as one must, the lack of resources here available, there is not much about the production which calls for attention. 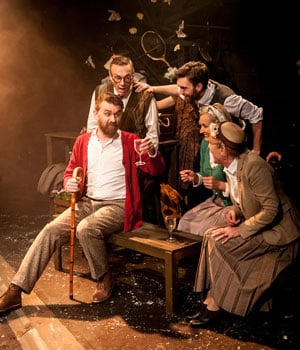 The three central characters need quite specific performances to make the musical, well, sing. The station master, adored and on a pedestal as far as the villagers are concerned, is a John Proctor type – a charismatic, manly man who can befriend anyone and gain anyone’s trust. His wife is a kind of Baker’s Wife, lost and looking, principled and pained. And Anna, the young woman from the village, who kills people with an ill-timed kiss, is pretty, popular and desperate to escape, somewhat akin to a Rapunzel figure. Get these three roles cast perfectly and the piece will fall into place.

Here, none of these roles is played quite right, although each have their moments and all can sing. Jessica Sherman’s occasional, but not consistent, near operatic tones placed her Catherine in stark contrast to the more Broadway tenor of Nigel Richards’ Station Master, but this was no bad thing. Separately, they musically, as well as narratively, served the work well. Emily Bull’s Anna could do with a more winsome soubrette; idiosyncratic vocal tones would help the power, the seductive temptation the character represents, bloom more brightly.

Of course, these performers would have had comparatively little rehearsal and Connor’s score is technically very demanding. But the hard work they do makes it clear that if Julian Ovenden, Jenna Russell and Anna O’Byrne (just to name some of the many obvious suspects) were let loose on this material, something spectacular might be the result.

Connor’s score owes a considerable debt to Sondheim, but, that said, it treads in very interesting paths. Complex and intricate, the melodies and harmonies reward careful listening, but there is no danger of a “hummable tune” for the most part, even though individual numbers and vocal lines are quite beguiling, instantly enjoyable.

The song which opens Act Two, is misconceived and needs to be replaced. In the midst of a tussle about integrity, truth and consequences, a poor second cousin to The Lonely Goatherd is not just jarring, but incomprehensible. Equally, the blatant love child of “Being Alive” which concluded Act One, should be refashioned; something closer to Climb Every Mountain in sentiment might be more persuasive.

Vocally, the rest of the cast were excellent in the larger ensemble numbers and some of the individual work was solid. Annie Wensak, as the Margo Leadbetter of the village, the raspberry jam making, judgmental elitist, Mrs Deakin, brought some deft comedy touches (much needed given the darkness of the narrative) but lacked coherence

Still, the point of this production is to showcase a piece of musical theatre as a work in progress, and, accordingly, there can be no doubt it succeeds: despite obvious flaws and a need for dramaturgical refinement, The Station Master clearly has potential. The rumours of the death of the new British musical are greatly exaggerated.

Kudos to Aria Entertainment for doing the hard yards in ensuring the rumours stay exaggerated. From Page To Stage runs to 21 November and is well worth the time of anyone interested in musical theatre.