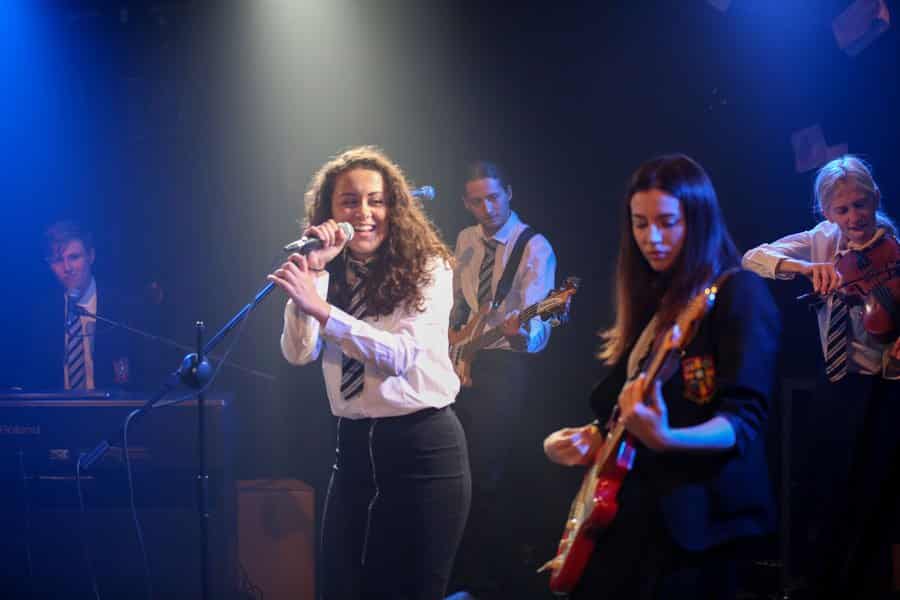 This is one of the strongest debut scores I have ever heard, framed in a delightful story of GCSE Music candidates going through their rites of passage from childhood and into young adulthood.  Elliot Clay – a name you will want to remember – has written one of the most tuneful and foot-tapping, shoulder-swinging set of songs, melodies that are unfailingly apt and completely enchanting.  The book by Thomas Attwood is a deftly written, fresh take on familiar teenage woes and joys, as seven boys and girls respond to the imminent closure of their music course; but the greatest distinction of his book is the utterly distinctive way it combines musical passages into the spoken text, distributing sung passages and dialogue in constantly surprising configurations, varying mood and intensity within a musico-dramatic episode with astonishing confidence and a brilliant sense of theatrical control.  Attwood and Clay are names you will be hearing a whole lot more from in the future. 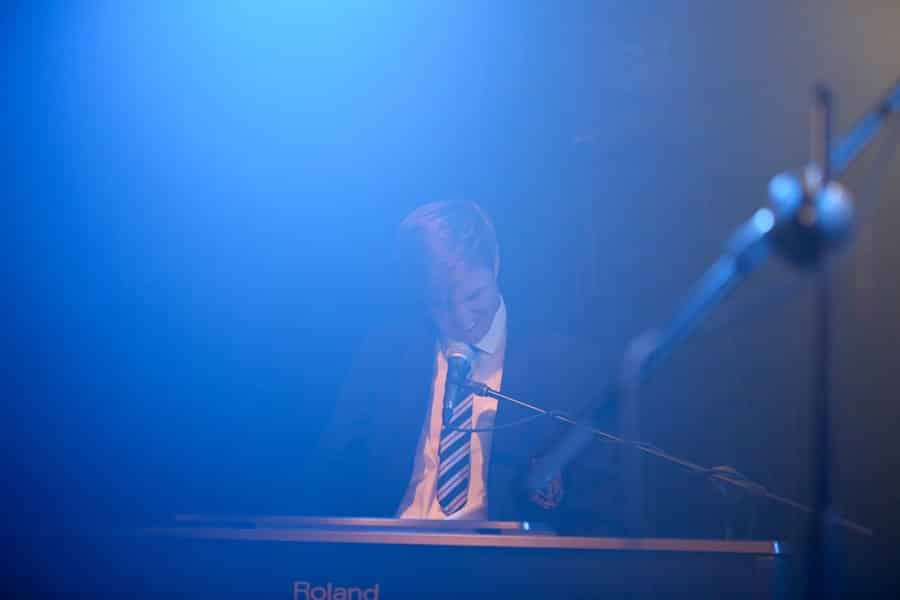 How can I be so sure?  Well, for all its maturity and imagination, this is only their second show, and one they wrote in a hurry: having privately workshopped their first attempt, ‘Our Season’s End’, at the Arts last winter, this show arose unexpectedly when a vacant slot in the Jack’s schedule suddenly presented itself; the writers are friends with the theatre’s Artistic Director – ever-enterprising Kate Bannister – and her call came through in May, offering a 3-week run for a new musical with a contemporary setting.  Three intense months of writing ensued, producing this pleasingly well written, original story; its great glory, however, is arguably the best new ‘pop-style’ score I’ve heard in a long time.  There isn’t a single number in the show that I don’t want to hear again, and again, and again.  I wanted to be able to pick up the CD after the performance at the merchandise desk, and the t-shirt, and the baseball cap and tote bag and mousepad.  And I can’t remember the last time I felt that excited about a new score. 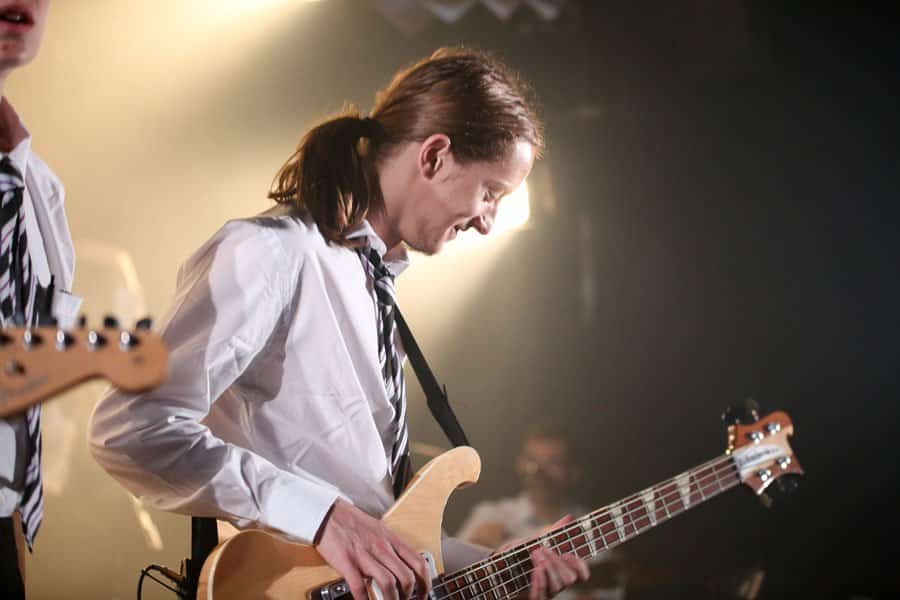 Attwood also directs (and designs) the show with considerable skill and a high level of professional finish, and Clay has done most of the arrangements for the actor-musicians, showing wonderful mastery of hues and moods, using the various instruments in the ‘music room’ that provides the overall setting for the drama with endless inventiveness. In addition, they have gathered together a finely chosen team of actors to take on the roles of a bunch of schoolfriends.  Clay himself plays Adam, on keyboards, the serious lynch-pin behind the ‘band’ we get to know during the show; James William-Pattison is the drummer, Will, his boorish erstwhile opposite; Toby Lee is Beefy, the tall and amiable guitarist who alone of the group has a relationship on the go with Rosa Lukacs’ Jaz, a sensitive but gutsy dreamer; and then there is Peter Cerlienco’s laid-back Sam, and Nell Hardy’s pensive Kat.  However, the show really belongs to Hana Stewart’s powerhouse performance as Ruth, the girl who has to grow up fastest, leaving her former friends far behind in the process: her stage presence is electric, and her vocal range and expression are superb.  Ben Jacobs’ masterful lighting plot – nearly exclusively using pearls and whites on an all but monochrome set – allows them to slip in and out of the present and past, switching between ‘remembered’ events and the present.  There is some ‘movement’ incorporated in the direction, but as is usual with actor-musician shows, the opportunities for ‘choreography’ are somewhat limited. 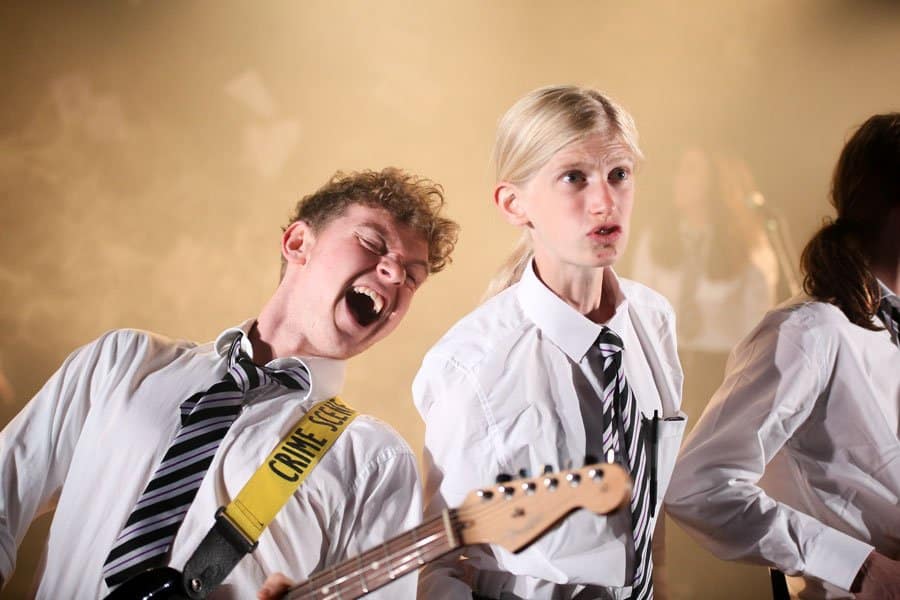 And yet, the energy, passion and brilliance of the score simply cries out for bigger, more impressive forces to do it justice.  This is a show that should be seen by any producer or director worth their salt, who wants to find and develop a great new piece of British musical theatre writing.  They probably won’t get many better offers this year, or next.  The wittily constructed script, written with considerable economy and elegance, creates strong, instantly recognisable characters.  And the songs – the wonderful tunes, including: the terrifically paced ‘Welcome’; the Barrie White parody, ‘Maggie’; the signature (Clay is originally from Stoke-on-Trent) ‘In This Town…’; the 80s disco anthem ‘Victory’; and the show’s emotional heart in the devastatingly effective, ‘The Invisible Girl’; not forgetting the title number, an Oasis-meets-Beatles stadium filler, ‘The State of Things’.

It’s been a long time since I welcomed a score with such eagerness and pleasure, one that has such immediate widespread appeal, and which also instantly creates a powerful sense of character and attitude.  The work is still growing and developing.  The script, while finely written with a nice line in contemporary humour, does not yet have quite the same level of emotional centre and power as the musical score does, and the writers are aware of this and wanting to continue developing it further.  Anyone who joins these guys and their great project on its journey is going to have an amazing time with them.  The show is playing till the end of next week, Saturday 23rd September.  Don’t miss it!

THE STATE OF THINGS TICKETS