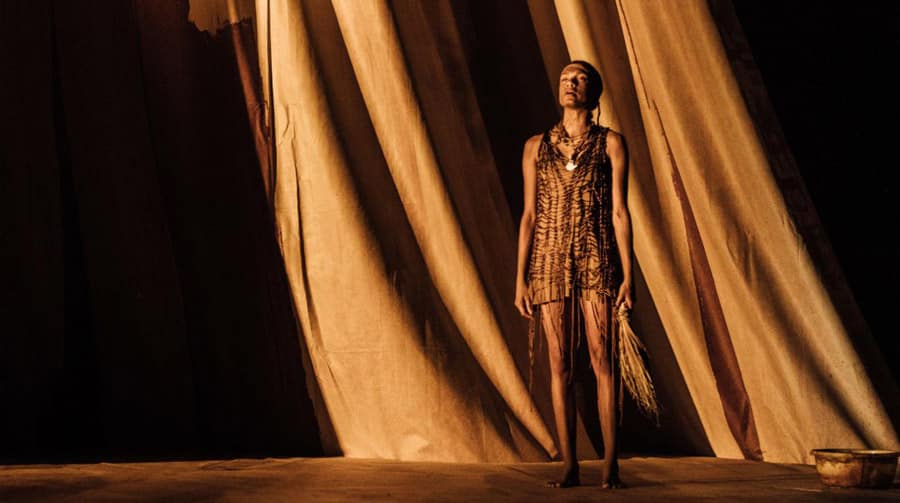 The first thing to acknowledge about this production is the sad news that actor Ningali Lawford-Wolf, one of Australia’s finest performing artists, died suddenly while the company were performing The Secret River in Edinburgh earlier this month. Understandably this came as a huge shock to the company, and with the blessing of Ningali’s family, the London performances are going ahead as a tribute to her. And what a tribute this compelling, beautiful adaptation of Kate Granville’s novel is, with Pauline Whyman taking over the role of Dhirrumbin, narrator and symbol of Australia’s First Nations people. 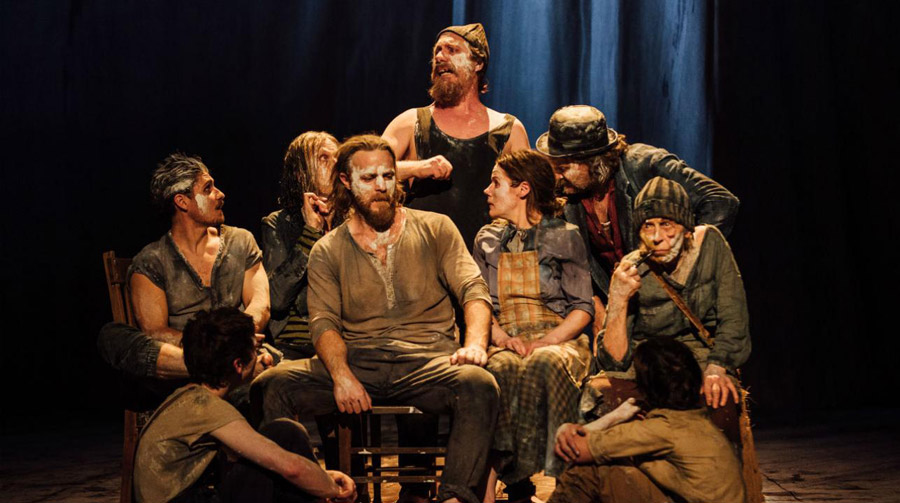 This is an epic tale of William Thornhill, sentenced to hang in 1806 for the theft of a length of wood, but the efforts of his wife, Sal, gets his sentence commuted to transportation to the colony of New South Wales. This provides an escape from the poverty of home, and the class system that condemns him to a life set out before he is born. After earning his freedom, he takes Sal and their children from Sydney Cove to the Hawkesbury River, where he takes up 100 acres of land, a ‘blank page’ where he can rebuild a new life for his family. Except the land already belongs to the Dharug people, who have cultivated this land for many decades before Thornhill. His dreams lead him to commit an act that will not only haunt him, but shape the future of the country. 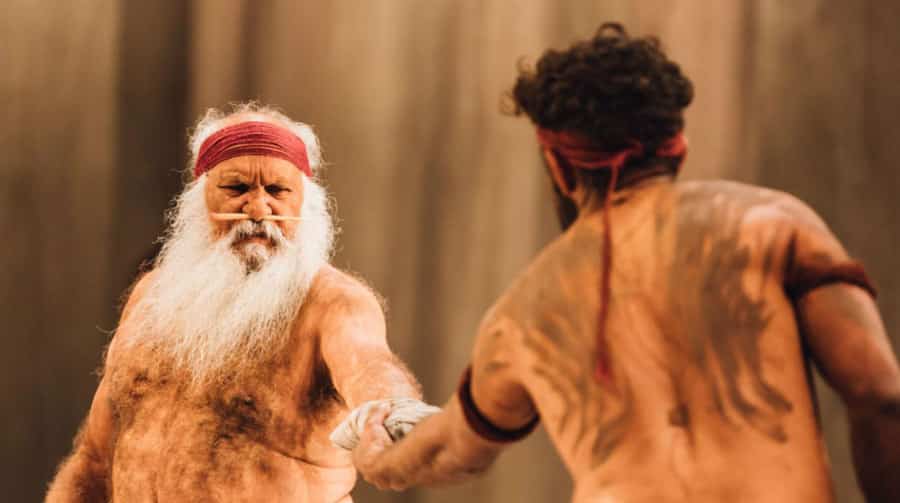 The adaptation by Andrew Bovell captures the essence of the novel perfectly, and the play is centred by two excellent performances by Georgia Adamson as Sal and Nathaneil Dean as William Thornhill, he, in particular, makes it hard to condemn Thornhill outright for his actions, as he convinces in his desperation to create a new life. The production teems with good performances, Jeremy Sims as Smasher Sullivan, committing evil acts that cannot be justified, but reflecting the attitudes of the incoming race, Toby Challenor very good as the younger son, Dick, the only member of the family to learn the Dharug names of his friends, and not re-name them for the sake of ease, Marcus Corowa an impressive presence as Wangarra, and Melissa Jaffer shines as the older neighbour Mrs. Herring. What you don’t get in a novel, of course, is the audio experience, and here the music, played live, and the singing are stunning. 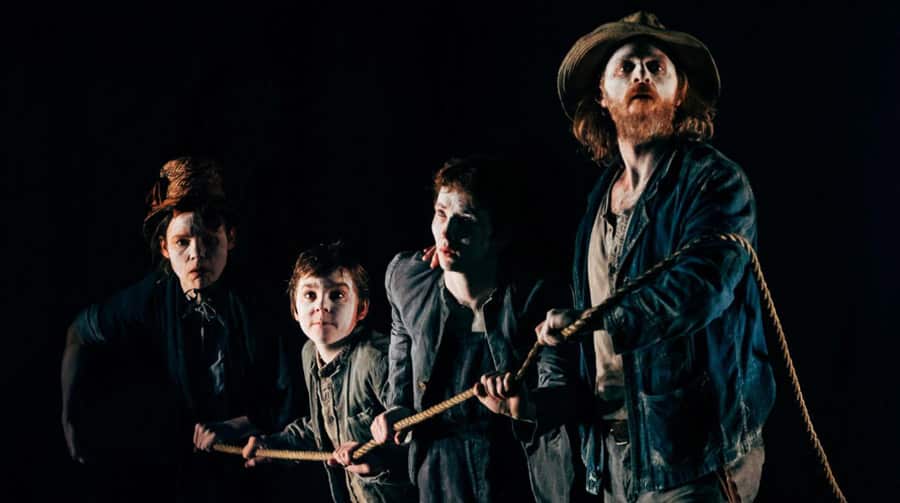 Like a river, the source bubbles and takes a while to take hold, but once the flow begins the play builds to a powerful torrent of history. Occasionally, the company are over whelmed by the sounds, and some of the narration was lost. But Neil Armfield’s innovative, excellent direction, is eloquent in its anger at the destruction of a race, and demonstrates that through outstanding stage imagery, particularly when the massacre happens at the end. One race will go on to colonise and remake that country; the other will be taken to the edge of extinction, by murder, disease and the wiping away of culture. But this powerful production, created with love and respect, goes some way to restoring that secret history, and is epic story telling at its best.