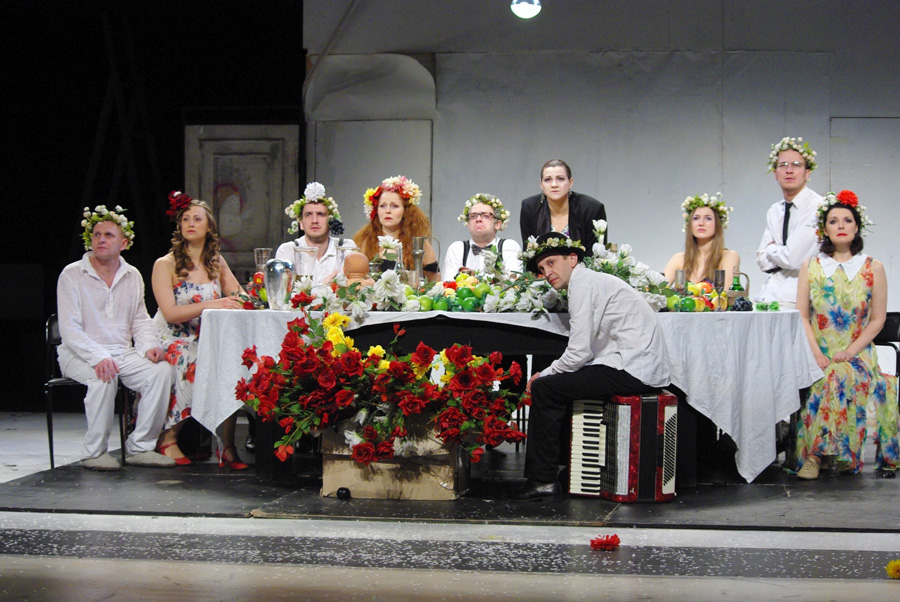 The Seagull is one of Chekhov’s most regularly staged plays, often revived in Britain and last year seen in a film version starring Saoirse Ronan and Annette Bening. Back in the writer’s native Russia, this canonical classic has been pulled apart by director Yury Butusov and refashioned into a visually stunning, rock ‘n’ roll-style production that can be seen, with subtitles, in UK cinemas and online via Stage Russia. Much of the familiar text remains intact, with naturalistic moments that remind us of the play’s dramatic power, but these are rare in an adaptation that constantly undermines and questions Chekhov’s drama, using Brechtian-style techniques that make sure you never forget this is all artifice.

Scenes that are traditionally quiet and intimate are transformed by the actors yelling their lines, while key episodes are re-played repeatedly with different actors and different directorial choices, often with comic effect. The set, designed by Alexander Shishkin, is made up of flimsy timber frames and prominent stage lighting, with illuminated dressing-room make-up tables visible on either side. As Butusov himself declaims during one of his disruptive appearances on stage mid-performance, “Here’s theatre for you!” 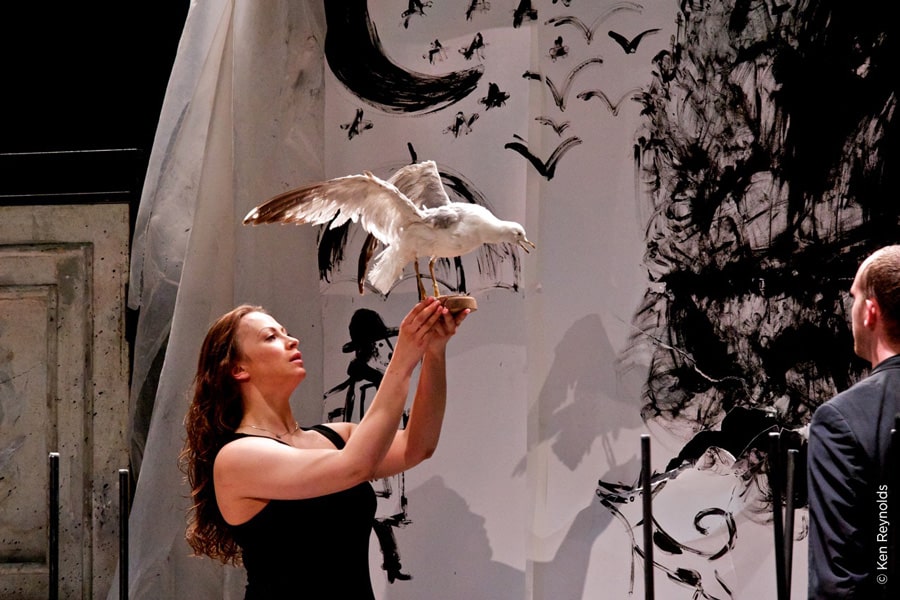 While much of the text and all of the main characters remain, some plot details are lost or obscured, which is likely to baffle anyone unfamiliar with the play. The core story can still be detected running through the spectacle, following the fortunes of a middle-aged actress, Irina, and her family and dependents on their country estate at the end of the 19th century. As they confront the frustrations of their lives, they welcome young wannabe actor Nina who finds herself attracted to Irina’s lover, self-obsessed writer Trigorin. However, the identities of the characters and their relationships are sometimes hard to infer, not just because text has been cut but because, in another act of iconoclasm, the ages of the actors and their roles do not match: for instance, Irina is played by Polina Raykina who is clearly much younger than Timofey Tribuntsev playing her son Konstantin. They are regularly joined by a “dancing girl” who has no direct correlation in Chekhov and has no part in the plot. 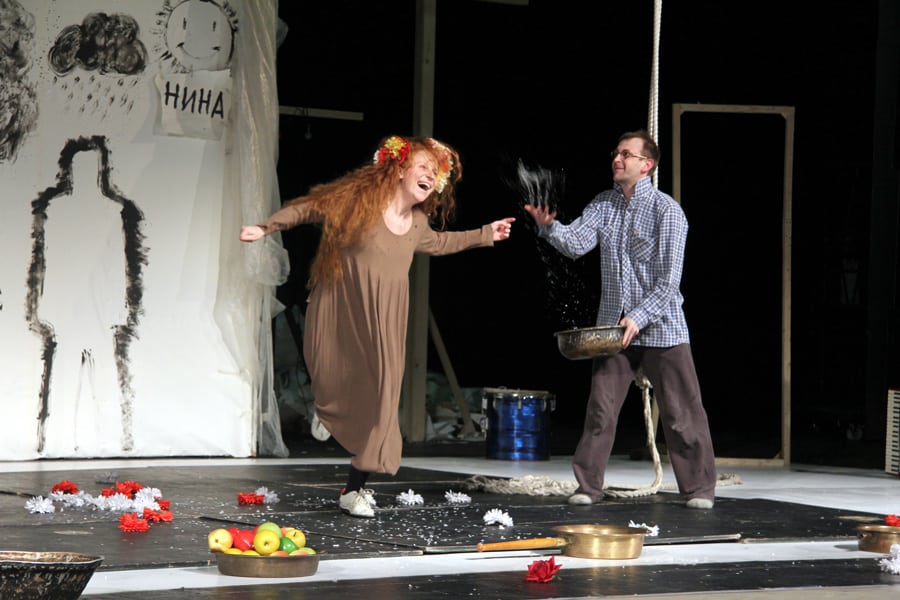 Realism is challenged throughout, from the avant-garde staging to performances that are often overblown, soundtracked by Faustas Latenas’s grandiose music. It is at odds with the darkness of Chekhov’s original but perfectly complements its themes around performance and theatricality. It may lack the emotive force of a more conventional production of The Seagull but, in its visual virtuosity and delightful playfulness, it is a mesmerising, unforgettable experience.

Butusov’s inventive approach to theatre can also be seen in his production of Bertolt Brecht’s The Good Person of Szechwan for Moscow Pushkin Drama Theatre which is playing three performances at London’s Barbican Centre on 8 and 9 February 2019.

Watch The Seagull online or see it on the big screen at Pushkin House in London on 11 February 2019 followed by a Q&A with director Yury Butusov.