Mark Ludmon reviews The Red now playing at the Pleasance Dome as part of the Edinburgh Fringe 2019. 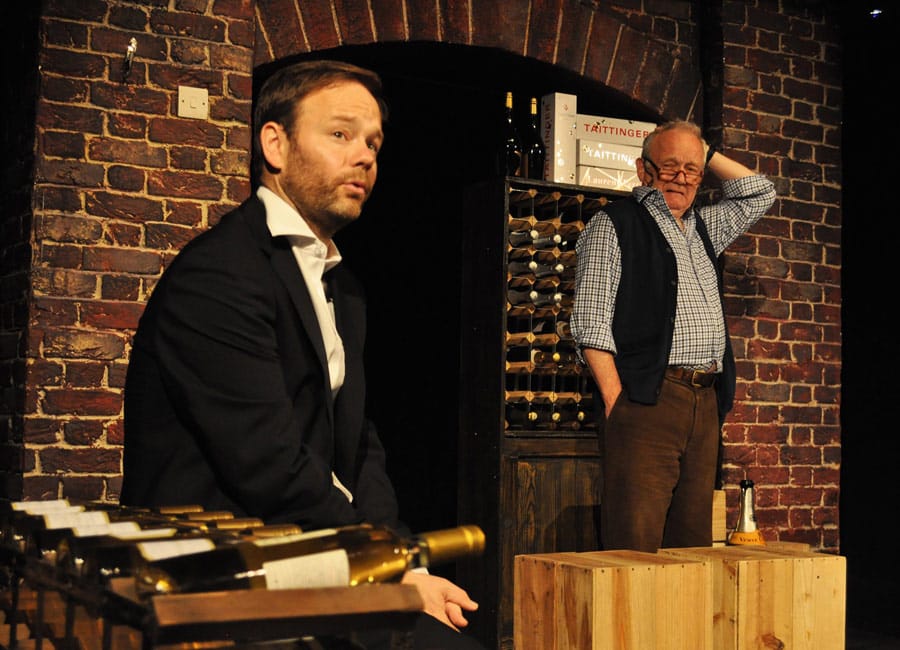 Comedian Marcus Brigstocke won a BBC Audio Drama Award last year for his radio play, The Red. Inspired by his own experiences of alcoholism, it is a moving two-hander about a recovering alcoholic and his relationship with his wine-loving father. Now, after 13 years of performing stand-up at Edinburgh Fringe, Brigstocke has brought his debut play to the stage at Pleasance Dome.

It opens on 41-year-old Benedict alone in the extensive wine cellar of his father, John, who has died leaving a difficult final request. He wants his son – sober for 25 years – to toast his memory with a glass of a 1978 Château Lafite Rothschild red wine that was set aside long ago for the pair to enjoy together. As Benedict deliberates over what to do, his father joins him as if still alive, having the conversation they might have had before his death.

Directed by Brigstocke himself, it is a gentle, poignant dialogue sprinkled with humour, examining what it means to suffer from alcoholism – a “sleeping tiger” waiting to be woken up. While it touches on Benedict’s experiences of addiction and rehab, and how it affected his relationship with his father, it steers clear of any substantial sense of the illness’s devastating impact.

Adding another layer to this stage version, Benedict and John are played in two strong, low-key performances by Sam Alexander and his real-life father, Bruce Alexander. Alex Marker has designed a detailed well-stocked wine cellar but, while the play still has power to move, this new production has added little to take it beyond its audio roots.