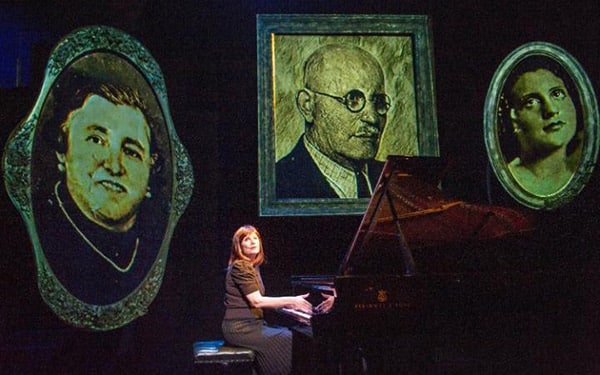 If there was one piece of advice I could give, in hindsight, to the ‘me’ that stood at the doors of St James Theatre before admission, it would be this: ‘Quickly – buy tissues. The sleeve of your cardigan will not suffice.’ Beautifully intimate and remarkably evocative, Hershey Felder and Mona Golabek’s ‘The Pianist of Willesden Lane’ is, undoubtedly, one of the best and most moving pieces of theatre I have experienced. Performing a one-woman show, Golabek tells the true story of her mother, Lisa Jura, an aspiring pianist who was sent from Vienna to Great Britain as a Jewish refugee by Kindertransport – a rescue programme that saw 9,354 children evacuated to safer shores by the outbreak of the second world war.

Lisa Jura is an innocent young girl living amongst growing anti-Semitism, who dreams of, one day, playing piano at Vienna’s Musikverein concert hall. Gambling at a game of cards, Lisa’s father wins a single ticket for Kinderstransport, forcing her parents to choose but one of their children to send to safety. Consequently, Lisa is compelled to bid farewell to her family but, despite an uncertain future, Jura’s mother encourages her to hold on to her gift for music. With incredible will and gusto, Jura finds herself at Mrs Cohen’s hostel at Willesden Lane in London, and, despite the fear of her family’s well-being, she keeps her promise to her mother and realises her dream of becoming a concert pianist.

Large, gold-encrusted frames decorate the stage and Andrew Wilder’s projection design fills them with images of Jura’s family, friends, and places she visits in Vienna and Britain. Film clips are played of Jewish families torn apart in the street, men who are dragged from their homes and helpless children who are sent, with eager hope, to safety, which enhances the reality and power of the story. 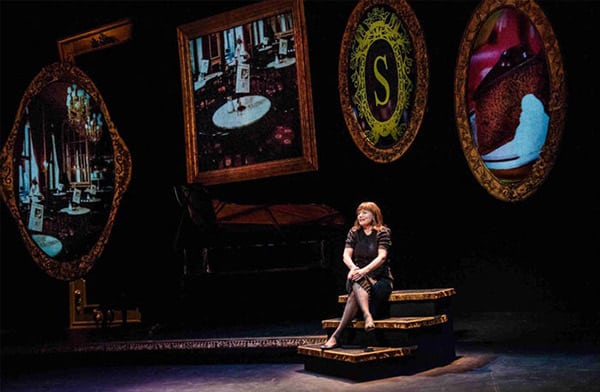 Mona Golabek is a warm, engaging storyteller, and despite it being about her mother, she tells the tale with complete modesty and selflessness. The people in Lisa Jura’s life are brought to fruition by Hershey Felder’s intermittently witty and poignant script and Golabek’s subtle characterisations. The events described are underscored by musical selections from Greig, Beethoven and Debussy, played on a black grand piano with effortless ease and intense fervour by Golabek herself, displaying her incredible talent. As Golabek takes a seat at the piano for the final time, after uttering the last heart-wrenching words of her 90-minute monologue, she immerses herself into Greig’s climactic third movement Piano Concerto in A Minor (op. 18) and plays with such almighty fire that it punches the very breath from you.

The piece is told beautifully and simply, with no added spectacle or illusion: just one woman, her piano and a story – and I was holding on to every word and every note. I expected scattered sniffs and the rustling of tissues, but it was between Golabek’s performance of Beethoven’s Sonata ‘Moonlight’ and Debussy’s ‘Clair de Lune’ where I surrendered to the army of stomach knots and the choking lump in my throat and sobbed – the shoulder-bobbing kind.

Returning to St James Theatre after finishing its run earlier this year, I was lucky enough to attend the Gala performance of ‘The Pianist of Willesden Lane’ in aid of World Jewish Relief, and I met Mona Golabek afterwards, managing to choke a few words of gratitude. This evocative and stunning piece of theatre is distinctly current – a story that not only belongs to Lisa Jura and to all other refugees of past wars, but to those who are taking to the seas to escape Syrian and Turkish borders, hoping to find a better life.

Mona Golabek’s mother was her inspiration and, underlining this story is an unbreakable mother-daughter bond. As I walked down the humid Buckingham Palace road towards Victoria station feeling quite overcome, I replayed an image in my mind of Lisa Jura sitting at the piano, playing beautiful music and telling her story to her daughter that would one-day become a critically acclaimed piece of theatre – and I felt the sudden urge to give my own mum a rather tight squeeze.

‘The Pianist of Willesden Lane’ plays at St James Theatre until 22nd October 2016.

BOOK TICKETS FOR THE PIANIST OF WILLESDEN LANE