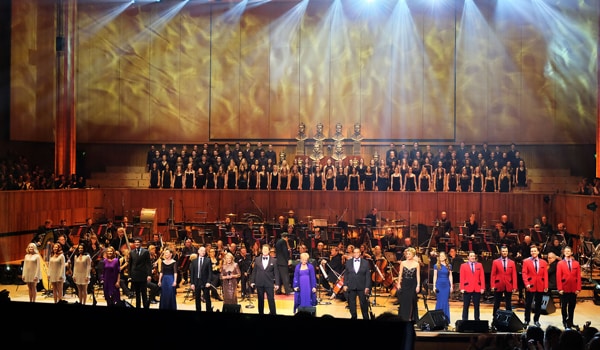 Forty years is a long time in musical theatre. When the Olivier Awards first started in 1976 (as the terribly titled S.W.E.T Awards), James Callaghan had just come to power, Brotherhood of Man had just won Eurovision and the Sex Pistols were reaching their notorious peak.

So compiling a concert of the greatest musicals of the past forty years can never be described as an easy feat. That was the task facing the organisers of the Olivier Awards as they put on this spectacular evening, commemorating award winners of recent years.

In the wonderful surroundings of the Royal Festival Hall, a stellar cast of musical legends got to work on some classic songs, spanning Sondheim, Lloyd Webber and Loesser, along with some lesser known winners. For full disclosure, I worked on the Oliviers ceremony last year, but I am no longer involved and so was able to enjoy the night through the eye of a critical enthusiast.

The BBC Concert Orchestra must be one of the finest ensembles in the UK; its superb accompaniment made every number an absolute epic. Bravely but entirely correctly, they were given two instrumental numbers to really let their excellence come to the fore. There are few greater pleasures than hearing an orchestra at full strength – their presence really lifted the evening beyond most concerts of this type.

In a lot of respects the evening belonged to two West End old timers, Maria Friedman and Michael Ball. Friedman was co-director (along with Tim Jackson) and also sang blistering renditions of Losing My Mind from Follies, as well as Beauty and the Beast. She still has a beautiful voice with a powerful belt and it was fantastic to see her back on stage once more.

Similarly, Ball had lost none of his old magic, – his All I Ask of You with Scarlett Strallen was first class. He also received the biggest ovation of the night for his rendition of Stars from Les Miserables (although part of me wanted to see him channel his original Marius and take on Empty Chairs and Empty Tables again!).

Two more recent stars also excelled with two of the songs that saw them so critically acclaimed at last year’s awards. Katie Brayben lifted the mood with an energetic early performance of the title track from Beautiful, whilst John Dagleish opened the second half with a haunting Waterloo Sunset from Sunny Afternoon.

Two performances from the current West End productions of Jersey Boys and Matilda also put in a strong showing for contemporary London theatre, performing tracks from their popular repertoire

The song order was generally fitting; the energy of Chorus Line was a powerful opening, Sit Down You’re Rocking the Boat was a joyous ending to Act One and Sondheim’s Our Time provided a fitting appropriate close to the whole evening.

Whilst you can never please everyone and the evening provided a great mix of old and new, a few of the song choices seemed a bit odd. With such a cornucopia of productions to choose from, it was strange to have two songs from Sunday in the Park With George, even if two former leads were there to sing it.

In addition, Michael Ball crooning a reworked version of Tobias’ Not While I’m Around from Sweeney Todd felt unusual, especially when Ball was such a formidable Sweeney. The gulf felt too large for me, although Ball made up for it as a more believable Javert from Les Miserables later on, a role he has also never played on stage.

Also adding excellent support was the Guildford School of Acting Choir, a group of talented young performers for whom it must have been an opportunity of a lifetime. They came into their own during the overture from Oklahoma, adding some lovely harmonies.

Due to the struggle to co-ordinate rehearsals, these ad hoc concerts are often disjointed affairs, complete with missed cues and awkward interludes. This was one of the slickest I’ve ever seen; if you were watching unaware you’d have no idea it was a one night only affair.

Over the past forty years, the Olivier Awards has marked the cream of London’s artistic talent. This anniversary concert brought together some showstopping stars, past and present, to provide a fitting tribute to the capital’s musical theatre.

Take a look at other photographs from the night. 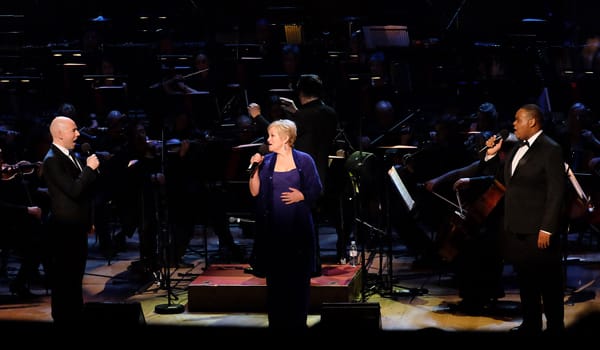 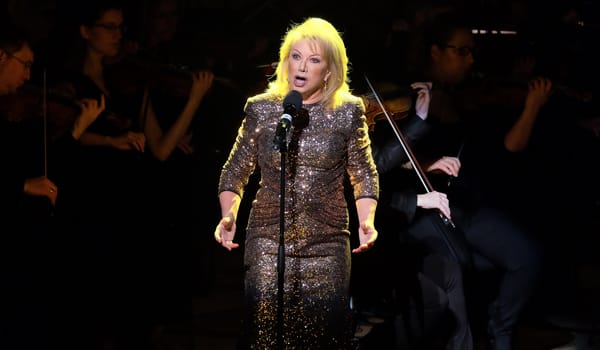 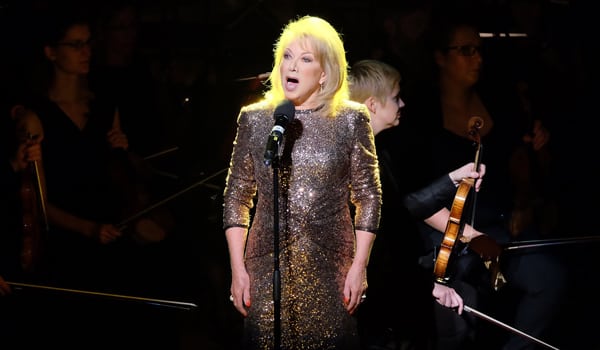 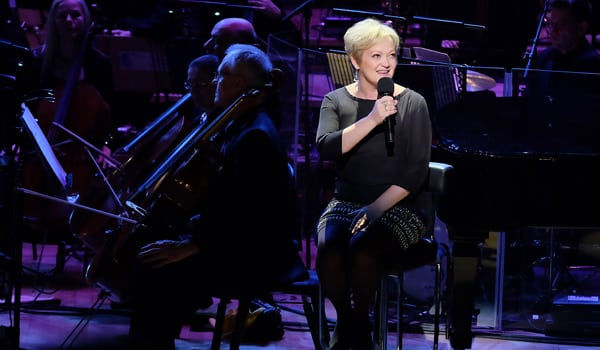 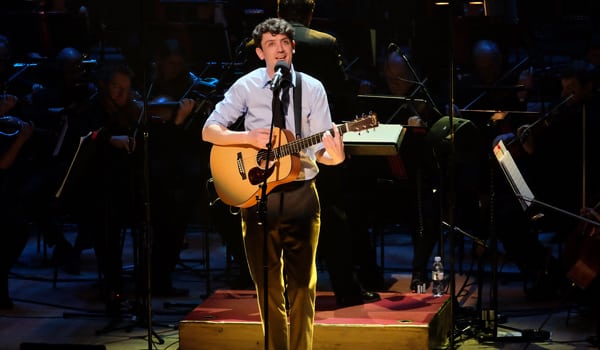 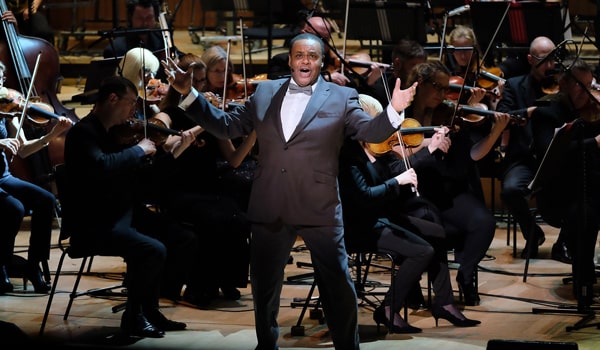 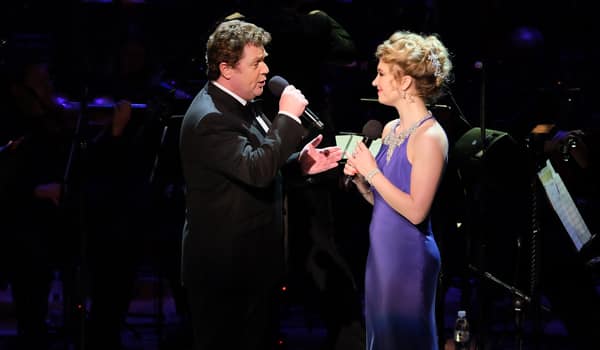 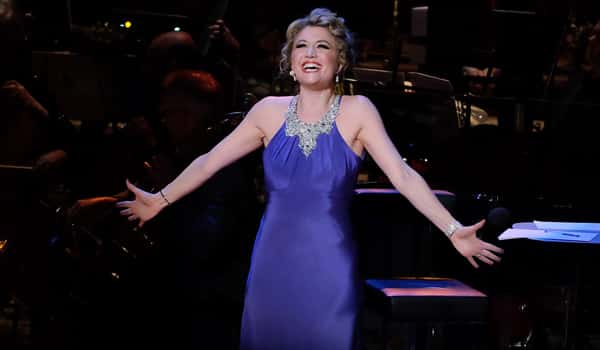 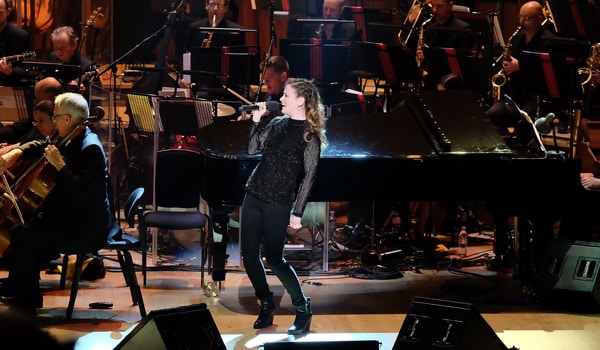 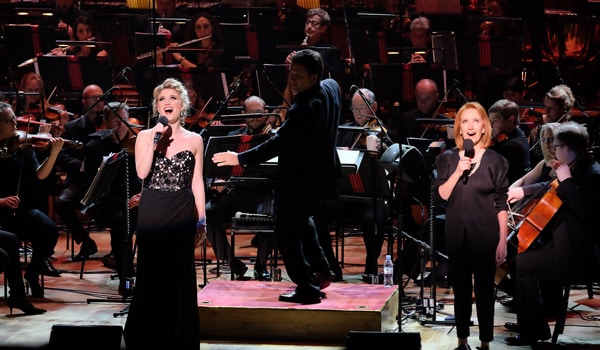