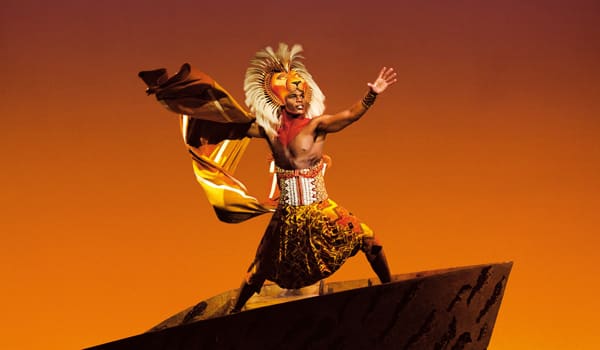 Working for a website like BritishTheatre.com we get to see a lot of shows when they first open. It’s a treat sometimes to go back and take another look at a show as a paying customer many years after the shine of the opening has worn off.

Such was the case last night with The Lion King. I first saw the London production back in 1999, so it was great to catch up with what has become a theatrical phenomena. Running for 15 years is a feat unto itself, but just consider this. The Lyceum Theatre has almost double the capacity of Her Majesty’s Theatre where The Phantom Of The Opera has been running for the past 30 years. It’s fair to say that probably more people have seen The Lion King than have seen Phantom in half the time. Impressed?

As a fan of the original animated film that inspired the stage production, you have to applaud the creative team for almost doubling the length of the film and seamlessly integrating new material that takes the story to new emotional depths.

Since the show’s launch there have been a few excisions, The Morning Report and a two stylish adagio dancers have gone but in all honesty they’re not missed. 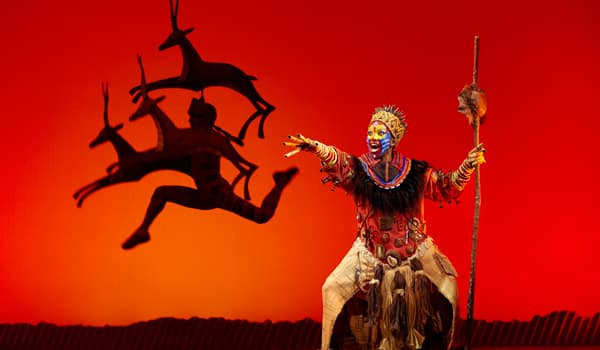 There’s a lot that has been written into this story. There are wonderful African elements, all manner of classical references and you could even be forgiven for seeing a bit of Shakespeare’s Hamlet in the mix.

As the lights go down, and Rafiki begins summoning the animals to Pride Rock, it becomes obvious that Director Julie Taymor has created the greatest opening for any musical EVER! You can’t help but get goosebumps on your goosebumps as The Circle Of Life transports you to the African heartlands. There is an amazing majesty in the staging of this number that I doubt will be equalled any time soon.

Of course, having set the bar that high in the first few minutes of the show, the challenge is to keep our interest for the remaining two hours and ten minutes. It’s here that you see the real skill that has been employed in creating this production and the talent of the cast performing it.

Thulisile Thusi makes for a wonderful Rafiki, taking the role of an African Sangoma, she is both wise and humourous, with a sense of spiritualism that helps her guide Simba back to the pride. For Rafiki is not just inviting the animals to Pride Rock, she is a guide to the audience.

Shaun Escoffery plays Mufasa, regal and commanding, he makes Mufasa both King and loving father. Scar, the King’s villainous brother is played by George Asprey. Slimey, snide and murderous, Asprey strikes just the right balance with a character that could easily be under (or over) played. 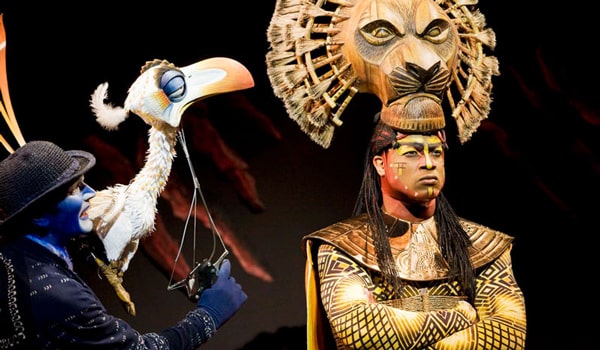 All good baddies need henchmen and Joanna Francis (Shenzi), David Blake (Banzai) and Mduduzi Mkhethi (Ed) are a great trio of nasty Hyenas. There’s humour aplenty in these characters but they are quick to become quite dark as they turn on Scar.

Geoffrey Berrisford (Young Simba) and Jonathan Andrew Hume (Older Simba) are wonderful. Like most of us, Simba makes mistakes and matures to realise that taking responsibility is part of adulthood.

Howard Gossington plays Zazu, advisor to the King. This must be one of the hardest characters to bring to life on the Lion King Stage. The natural response is to watch the puppeteer but it’s a sign of his skill that all eyes are on the bird not the man. Zazu is fully animated, alive and the centre of attention at all times.

Richard Frame (Timon) and Keith Bookman (Pumba) bring a lot of the light relief to Simba’s time in exile. With perfect comic timing, it’s apparent they aren’t the smartest of comrades but with friendship and loyalty they become two of Simba’s greatest teachers. 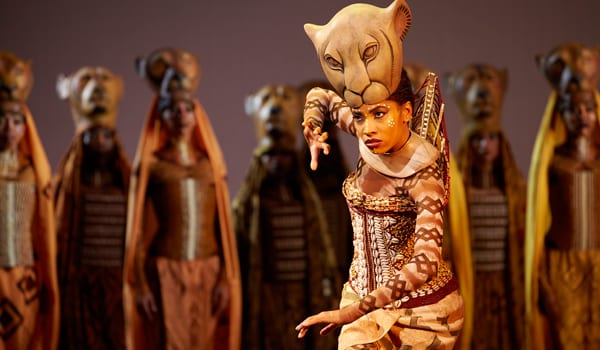 Musically, Tim Rice and Elton John’s original songs set the tone for a magical evening in the theatre. Songs like I Just Can’t Wait To Be King, Hakuna Matata, Can You Feel The Love Tonight?, and The Circle of Life, bring the familiarity of the film to the audience and give the creative team a perfect jumping off point as Lebo M, Mark Mancina and Hans Zimmer introduce new material that see the many languages of Africa and some of the most beautiful music bought to this production. New additions like Endless Night, One By One, Nao Tse Tsa and the glorious Shadowlands ensure The Lion King resonates with adults as well as children in the audience. Ava Brennan’s performance as Nala during Shaowlands got my goosebumps going again. Amazing!

Richard Hudson’s scenery gives the impression of the huge expanses of the Pridelands, whilst Donald Holder’s lighting evocatively brings a huge colour palette of ambers and blues into the vast stage space of the Lyceum Theatre.

Musical Director Daniel Bowling keeps this production tight musically. It’s interesting to watch him as he brings together elements of voice and instruments around the auditorium. He runs a tight ship and the sound created by this ensemble of talented actors and musicians is to die for. 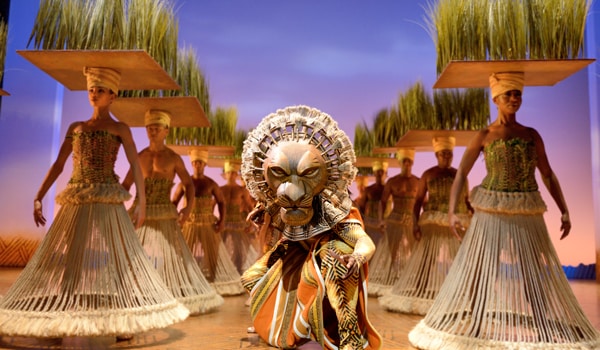 The adults sitting around me all seemed to enjoy the show, but I was interested to get response from a 7 year-old girl, who was celebrating her birthday with her mum with a trip to the show. Totally attentive throughout, she clutched mum’s arm during the entrance of the hyenas, and when questioned after the show said she loved Timon and Pumba, and could be heard singing the songs as she left the theatre.

Surely, that is the magic of The Lion King. Fifteen years after it’s London opening, the theatre is full on a Tuesday night and audiences from young to not so young are all enjoying the magic of this production. I had been wavering on giving the show a four star rating, but the incredible wave of emotion I experienced during the opening and the joy on a 7 year old’s face told me that The Lion King deserved that extra star.

BOOK NOW FOR THE LION KING AT THE LYCEUM THEATRE