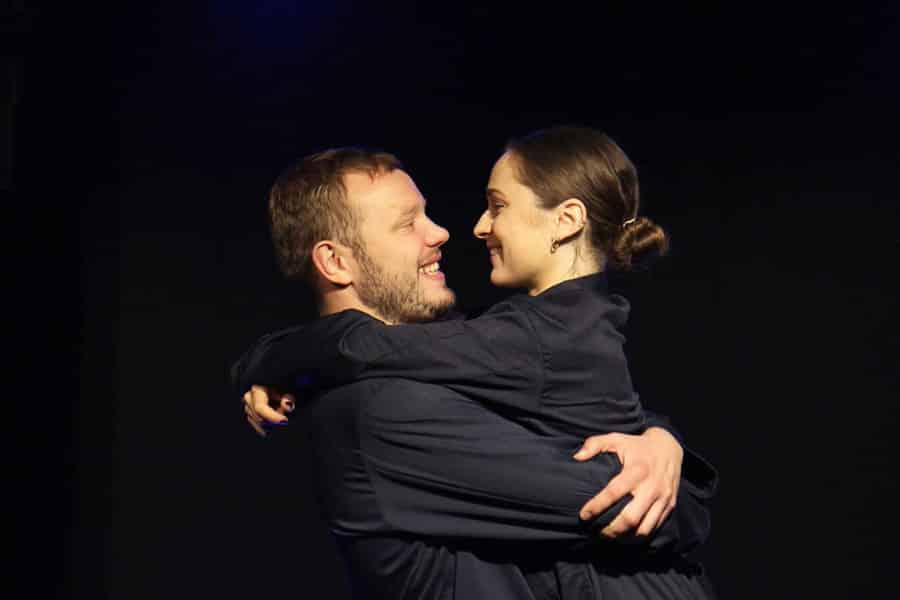 If, like me, you like the unexpected at the theatre, The Journey is the show for you. Of course, that makes it hard to write about without destroying the discombobulating delight of the unexpected for those who haven’t seen it. One of the characters even talks about being “discombobulated” early on but, based on just the flyer, there is nothing to quite prepare you for the odd, disorienting course that the play takes.

It is pitched as a rom-com about a couple, Adam and Kate, who embark on a 37-week journey alone together on a spaceship, only to fall out not long after take-off. Written by comedian Stuart Laws, it is filled with one-liners and finely tuned comedy, delivered brilliantly by Will Brown, who plays Adam as a kind, well-intentioned young man who has been unlucky in love. Often addressing the audience, Adam is re-telling the story of his relationship with Kate, played by Phoebe Sparrow, from their first meeting through to him whisking her away on a romantic trip on a spaceship only four months later.

Anyone familiar with Stuart Laws’ twisting, sometimes surreal stand-up may be unsurprised by what happens next. When I saw The Journey, some of the audience seemed stunned into silence, unsure what they were watching. Co-directed by Laws with Phoebe Ladenburg, it sets out to unsettle and shock, exploring toxic relationships and the self-delusion that can lie behind them. Expect to laugh – but to leave discombobulated.

BOOK NOW FOR THE JOURNEY