Julian Eaves reviews The Distance You Have Come at the Cockpit Theatre. 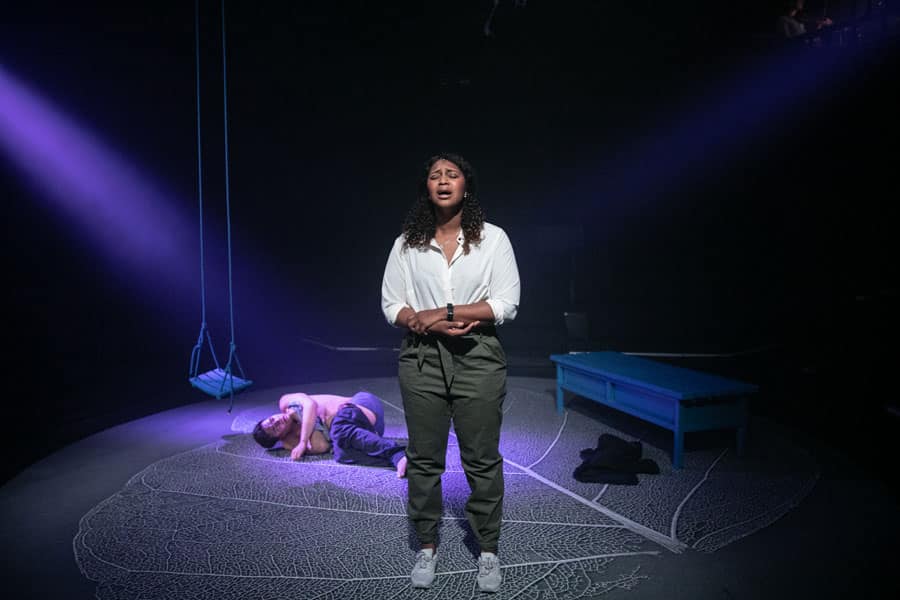 This is being advertised as a great showcase for West End talent, and that is true.  Here we have an ace team of established and newer artists to be seen in their natural habitat, a stitched-together compilation with occasional fragments of linking dialogue, in which they are to be seen and heard doing wonders with relatively new and unfamiliar musical theatre material.  On the bill we have the leading man, Dean John-Wilson, who continues to push himself against the stereotype of his remarkable good looks and physique into edgier territory of male vulnerability; Alexia Khadime is increasingly recognised for her ambitious range of work in both the musical and dramatic stage, combined with a beautiful voice and great story-telling intelligence; Jodie Jacobs is one of the most reliable singing actresses we have, much in demand and who is entrusted, time and again, with introducing unusual work to the public; Emma Hatton is a magnificent leading lady, here scaling down her considerable voice to chamber-sized intimacy, as do all the others in this top-quality troupe; and then there is Andy Coxon, who was recently a fine Berger in HAIR at the Vaults, and finally Adrian Hansel, who is regularly seen alongside some of the top names in the industry. 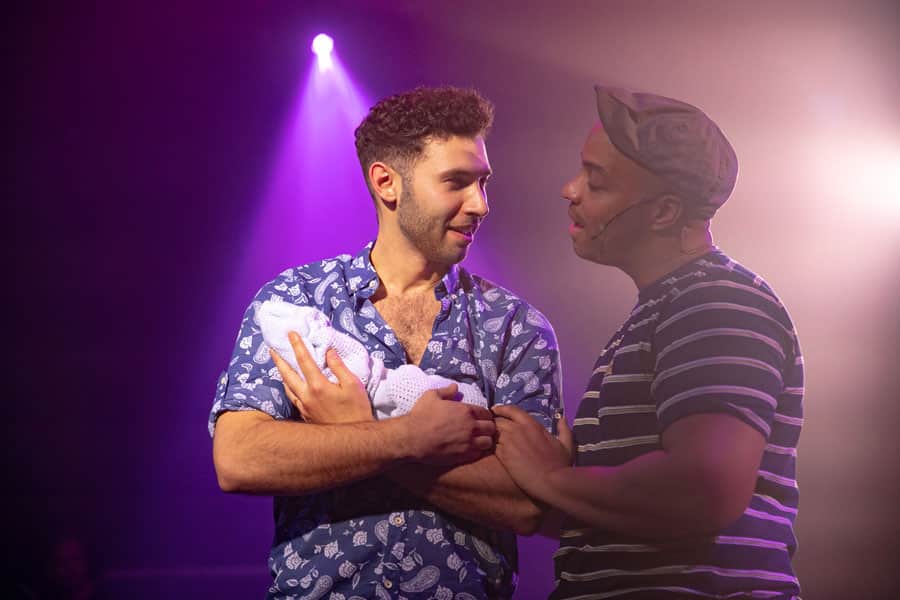 So far, so good.  There is much to be enjoyed, just being in the room with such fine performers.  The staging of the works is done fairly unobtrusively, even ellipitcally, with minimal, unfussy direction by the author, and lovely, elegant lighting by Andrew Ellis, and simple and tasteful set and costume design by Simon Daw.  Sound design is not credited, which seems surprising, given the strong role it plays here, but Sophie Lyle is the sound technician, so perhaps she is also responsible for the clever ambient soundscape that welcomes us into the space: she may also have had the difficult job of miking and amplifying the voices here.  I was not quite sure why that was done.  They are singing against only a piano and violin and the theatre is not exactly the Albert Hall.  While intensifying the feeling of hushed, tremulous confessionalism that pervades the musical numbers, I could not see how this made it easier for us to connect with the performers: even when they are standing directly in front of us, in this tiny, in-the-four-sided-round space, their voices seem to be emanating from an entirely different direction, which seems bizarre, and disconcerting. 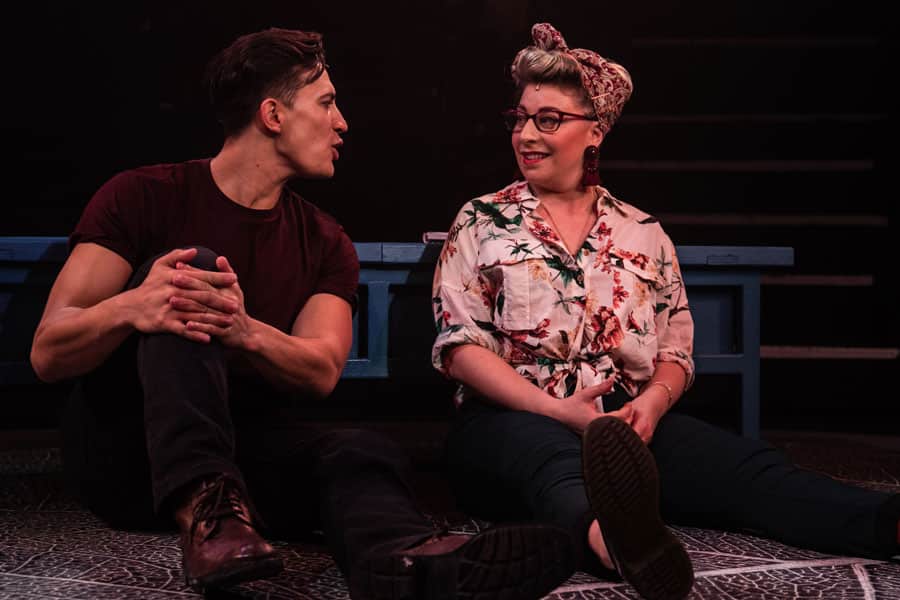 It has to be said that the songs they have to sing, by the American Scott Alan, are all – individually – worth hearing.  Indeed, I have enjoyed hearing work by Mr Alan at a number of concerts over the years.  But I have not seen a show by him, nor have I experienced his oeuvre in such a concentrated, and exclusive, way.  And that, I fear, is where the problems with this show really begin.  He is a songwriter for singers, yes, and he has attracted collaborations with some of the finest voices in the business, but is he really what the wider public wants?  I wonder.  By putting together so many of his creations in this densely packed field, with little to offer any variation from the stream of music, it does become strikingly clear that his range is very narrow and his moods remarkably limited.  If you happen to like his particular, special mode of expression, then you will be fine.  However, if you want rather broader scope of tone and style, then you may just find this menu – in spite of the inestimable efforts of its interpreters – a little bit too monotonous. 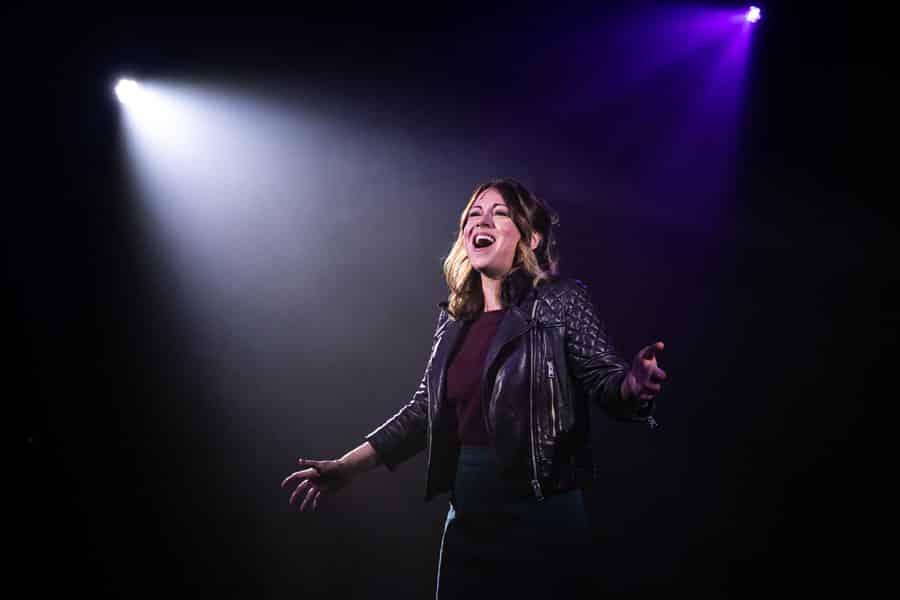 The musical direction and arrangements by Scott Morgan (on piano) are, one senses, very much in tune with what the writer wants and appear to be completely obedient to his intentions.  Morgan is ably supported by Tom Crofton-Green on violin.  However, one really does question how much of them there are in this mix.  This show gives us the heart of Mr Alan pinned – in all the right places – to the sleeves of everyone involved, so if you are after a purist vision of what he is all about, you are probably going to find it here.  If you are not such an addict, though, you might find yourself yearning for more than this show can provide.

BOOK NOW FOR THE DISTANCE YOU HAVE COME