This production of Ethel Smyth’s comic opera, The Boatswain’s Mate was first seen at Grimeborn four years ago, and now makes a welcome return in a year which has seen a general focus on Smyth as a composer of opera – indeed the first woman ever to have an opera performed at the Met in New York City. This one-act work from 1914 is written from a self-consciously feminist perspective, but wears its politics lightly. While the overture quotes the tune of the famous march Smyth wrote for the suffragette movement, the main thrust of the work is entertainment rather than ideology. And indeed the male characters, vaguely disreputable as they may be, are given a thoroughly even-handed opportunity to explain their positions too.

The plot revolves around the machinations of a retired sailor, Harry Benn – the Boatswain of the title – who has designs on his landlady, a young widow, Mrs Waters. He persuades Ned Travers, a young ex-soldier on his uppers, to impersonate a burglar so that Harry can then effect a rescue, thus endearing himself plausibly to Mrs Waters. It all goes horribly wrong. Mrs Waters is quite able to wield a gun and after cornering Travers gets him to confess. They, in turn, hoodwink Benn by pretending that she has shot the burglar dead. After the intervention of the police, Mrs Waters and Travers begin to explore romantic possibilities.

Musically this is a charmingly eclectic work. Brahms and Wagner shine through as influences, as they do elsewhere in Smyth’s work, with very well-made instrumental writing and arias both passionate and complex for the voices. But this is lightened by the introduction of ballad material with memorable tunes. We hear it in this production in an arrangement for piano trio which works admirably in Studio 1 of the Arcola: a beefy, incisive sound from only three instruments, without sacrificing too much of the densely written orchestral texture. John Warner directs from the piano and moves things along pacily, fully in sync with the brisk tumble of action devised by director Cecilia Stinton. The story is freed from Edwardian corsets by placing it in Coronation Year, 1953 in Margate, gently introduced by some beachside antics from the ensemble during the overture. 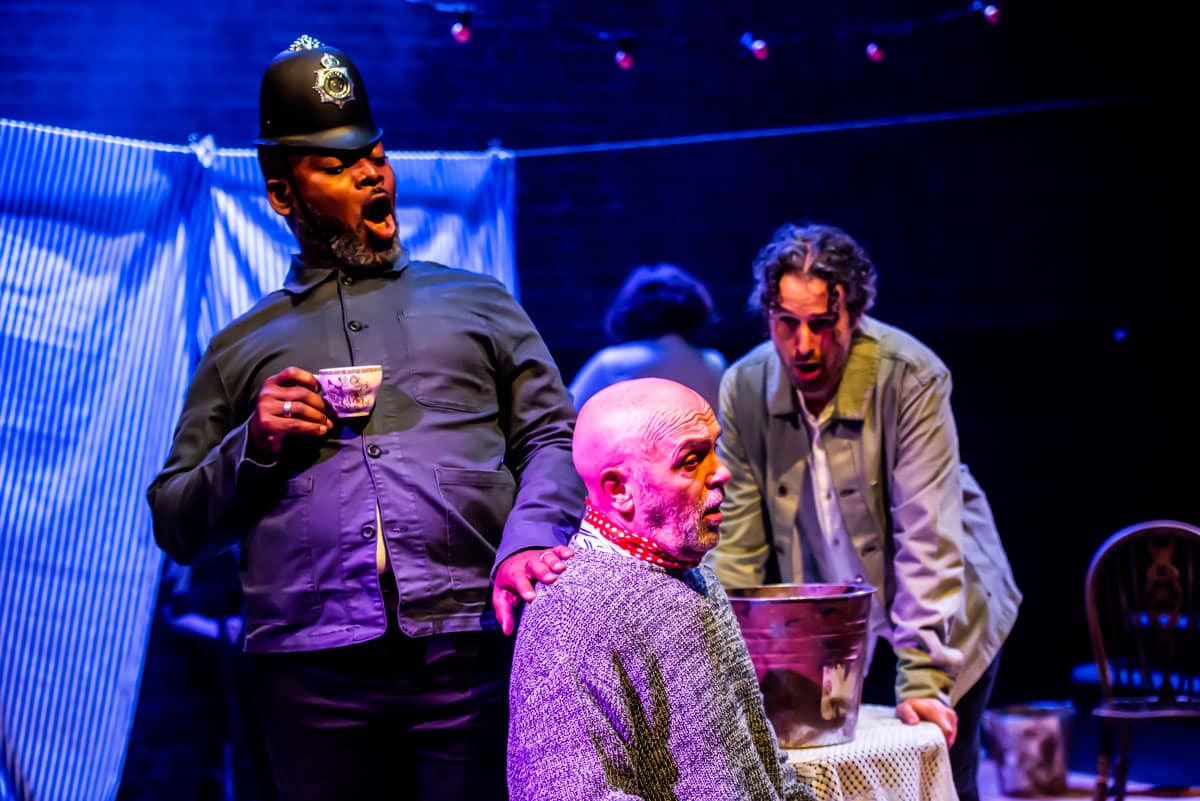 The singers are well balanced and thoroughly in the groove of the piece. John Upperton, as Harry Benn, dominates the early scenes with crafty, fake bonhomie, which is balanced out by the genial charm of Shaun Aquilina, playing Travers, a handsome lad with an eye for the main chance. But it soon becomes Mrs Waters’ opera as Josephine Goddard’s bustling, no-nonsense presence takes charge of the action and begins to dominate the numbers. This is no easy role, but Goddard commands it with panache and humour while having a lot of acting and scene shifting to do along the way. Perky, intelligent and well-articulated support comes from Beca Davies as a Welsh servant girl and Robert Winslade Anderson, as a perplexed policeman.

Spectra Ensemble deserve great praise for believing in this piece, reinventing it without changing the emotional geometry, and finding the right tone to make a serious feminist point while decking it all out with plentiful humour and incident. Another example of what Grimeborn does so well – taking unfamiliar, and neglected repertory and then going out to find ways of opening it all up to a new audience. This audience certainly was very appreciative of their talents and efforts.