Paul T Davies reviews 1927’s production The Animals and the Children Took to the Streets at the Pulse Festival 2109 at the New Wolsey Theatre. 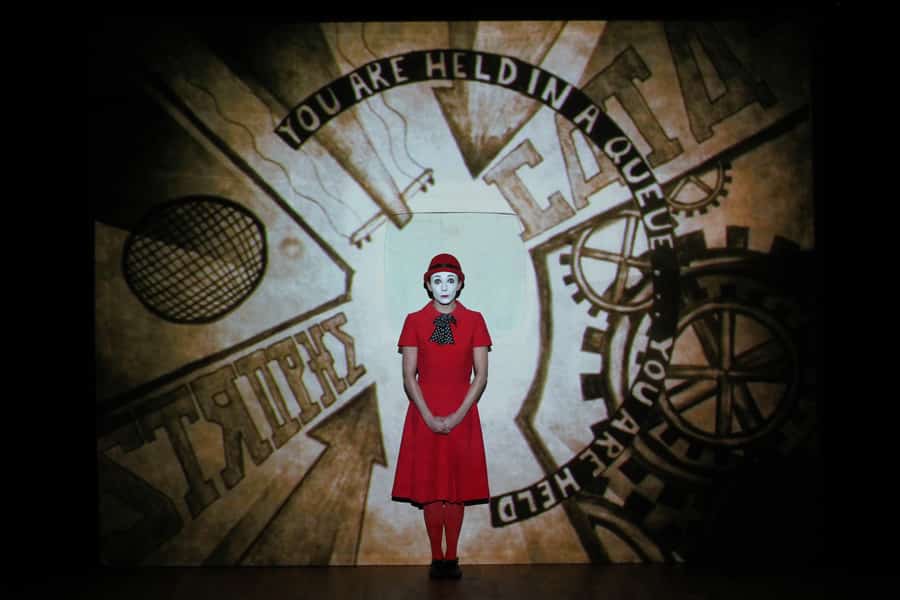 1927 return to the Pulse Festival, (they staged Golum previously), with their huge 2010 hit that has been touring the world since. Their trademark style is the relationship between live performer, music and film and animation, their productions feel like walking through a graphic novel. The Bayou is part of the city feared and loathed, where the residents of Bayou Mansions and Red Herring Street live in squalor and fear of the children rioting in the street. The Mayor has a solution, namely Granny’s Gum Drops, laced with medication to calm the children down.  When Agnes Eaves and her daughter arrive to try and change the Bayou, the love-struck caretaker rescues her daughter from the clutches of the Mayor’s programme.

This is a perfectly crafted Gothic tale, and the real star is the film and animation by Paul Barrit, it flows beautifully, perfectly in sync with the performers Felicity Sparks, Genevieve Dunne and Rowena Lennon.  The voice of the Caretaker is beautifully realised by James Addie and there are very funny lines and lyrics. The story, however, a variation of the Pied Piper, fizzles out somewhat as the option is taken to go for a realistic ending rather than idealistic, there’s no climax to the tale.

And therein lies the small issue I have with 1927. The production is smooth, slick, very well executed, and delivers what the publicity promises. But, as with Golum, I felt this was a production to admire rather than respond to emotionally, it left me feeling a little cool towards it. However, the imagery is excellent, and the audience really enjoyed the pages of this tale turning in an original way.