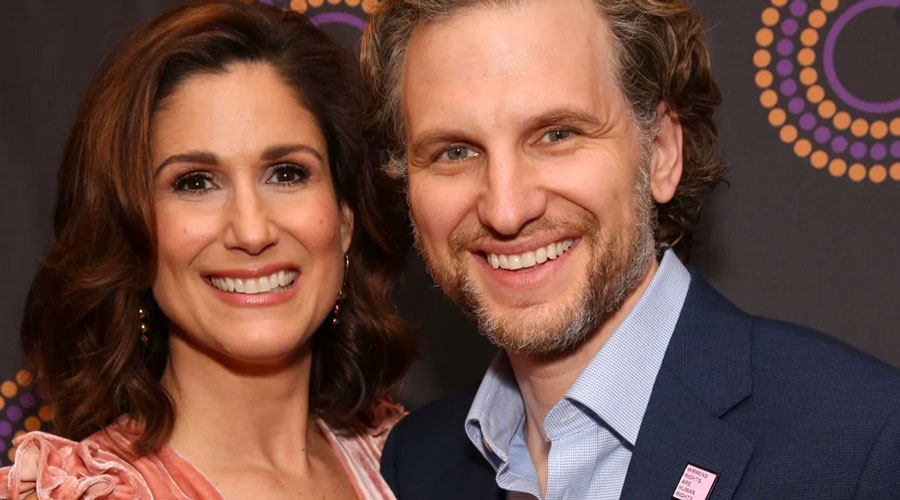 This was a safe, charming, cosy and comfortable show, nice to relax to and wallow in and admire.  The songs were expertly sung, the piano exquisitely played (as the pair of singers kept reminding the MD, he’s ‘still got it!’), and the banter flowed pleasantly and frothily enough.  If anything was lacking, then it was – inevitably – the dramatic tension of ‘theatre’, out of which this ‘musical theatre’ product has sprung.  Robbed of dramatic context, the songs are harder to make land in the way they are intended; and, in the absence of any other dimension – a tribute to a performer, an analysis of a writer or creative – the cabaret doesn’t quite live up to the repertoire from which it draws.

Billy Joel’s ‘I Saw The Lights Go Down On Broadway’ made a suitably nihilistic opening to this episode in Seth Rudetsky’s essential cabaret-chatshow series.  And the married pair of Block and Arcelus managed it with passion.  Then Stephanie launched directly into ‘Early Morning Madness’ from Andrew Lloyd-Webber and Don Black’s Sunset Boulevard.  This was more very familiar territory.  Even more of that came with Seb’s solo of ‘Glory’ from Larson’s ‘Rent’, a show he knows well, having been a Swing in it on Broadway.

A move into another fave of this show, ‘The Pajama Game’ (Richard Adler and Jerry Ross), for a duet of I Love You More.  And there was music from ‘Falsettos’ (William Finn wrote the songs, James Lapine did the book and he was on hand to give his seal of casting approval for the next road company up), and from all over the beloved standard repertoire for this show. As Long As You’re Mine’ from The Schwartz’s ‘Wicked’ made another good, standard duet choice for the pair, and we even got it in a beefed-up version for six male voices as part of the Sing-Off competition.

It was refreshing to get something slightly less well known in the mix, and, ‘True Companion’, (Marc Cohn) made a perfect vehicle for Seb’s smooth, crooning tenor, shimmering with Country and Western cool.  Steph’s response to this was Ahrens and Flaherty’s ‘At Times Like This’ from ‘Stiff’.  And more of the same pair’s work was then heard in something lushly melodic from ‘Ragtime’: ‘Our Children’.  Their voices blended beautifully.

The same happened with ‘Move On’ from Sondheim’s ‘Sunday In The Park With George’, with a neat reversal of roles – and re-writing of history!  (Why not?  If you can’t change the world to suit your dreams when you’re in the theatre, then where can you do it?)  And then more William Finn from another James Lapine collaboration in, ‘I Feel So Much Spring’, from, ‘A New Brain’.  Maybe, one day, they’ll work out how to give us whole shows, or concept-based recitals, or something different and move on from these tantalising bits and pieces?  That would be nice.

Meanwhile, we all ended feeling so much spring: the season full of charm, prettiness and potential.