Paul T Davies reviews Square Go by Kieran Hurley and Gary McNair at Roundabout at Summerhall presented as part of the Edinburgh Fringe. 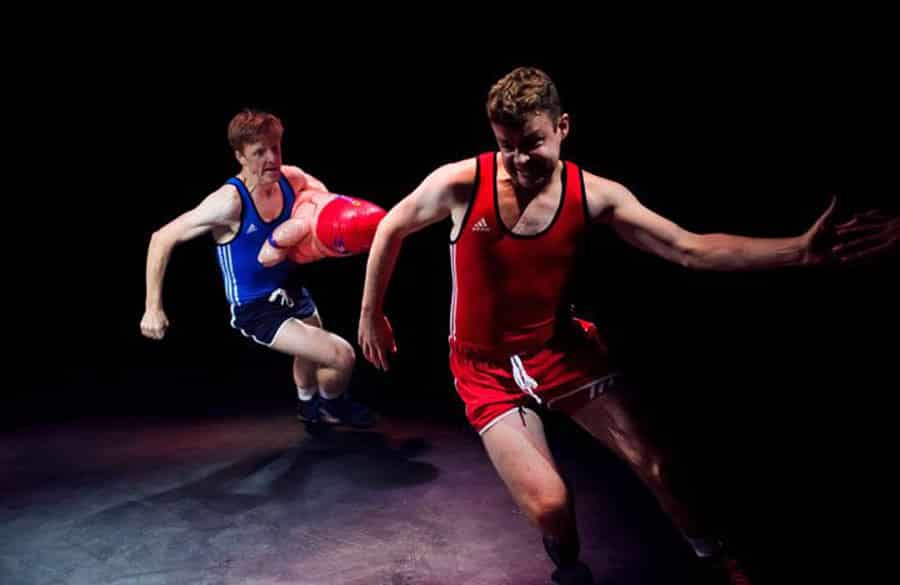 Since it’s debut at the 2018 Fringe, Kieran Hurley and Gary McNair’s play has grown and built a loud and enthusiastic following. This year the excitement has been added to with the casting of Game of Thrones star Daniel Portman as Max. On the surface, it’s a simple take as Max is called for his first Square Go, a fight after school, by the number one school bully, Danny knuckle dragging Guthrie. The genius is it’s wrestling ring setting as Max and his weird best friend Stevie await the fight. And the script, in all its revelling of machoism and masculinity, is a beautiful take down of the reductive nature of the macho swagger.

Daniel Portman is terrific as Max, he already has the audience on his side, but he uses the energy well, enjoying the audience participation, but never loosing his grip on the material, and he is vocally strong. Gavin Jon Wright returns as Stevie and remains an absolute joy, naive and wise in equal measure, a gift to comedy. The two work together well, and their enjoyment is contagious, you don’t often sit in an audience this racous!

However, the poignancy of the script is not lost, this is a tale of absent fathers, of lost brothers and homophobia, and the play ends with the lads desperate to find another, better way to grow into manhood. It remains one of the best shows on the Fringe, so pick a side and Square Go!