Ray Rackham reviews Denise Van Outen in Some Girl I Used To Know which is now streaming online until 1 May 2021. 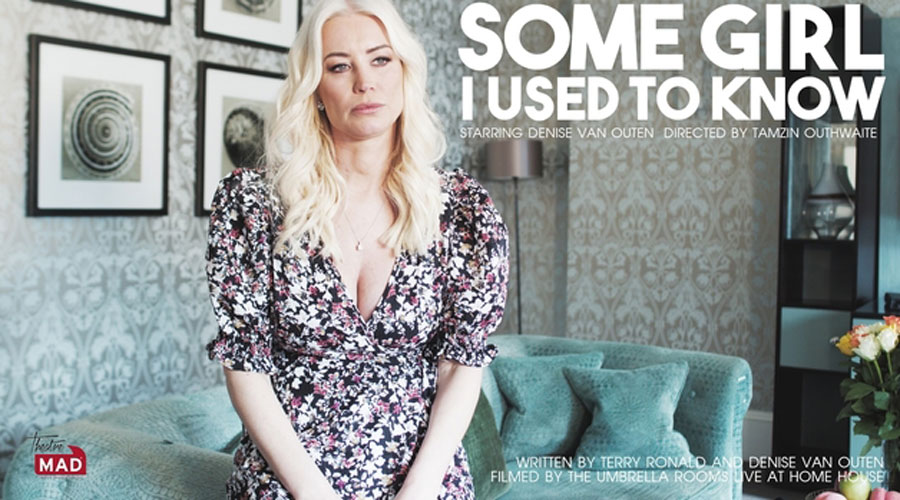 Stephanie, a “Chelmsford girl done good”, owns a high-end lingerie business and we meet her in a London hotel room on the eve of her spring/summer line’s launch. A great job, husband, BMW on the drive; she seems to have it all. But when a text from a lost love stops her in her tracks, we realise appearances might be deceptive. The lingerie business is exhausting, the BMW is on HP and the marriage has “been on a low light since the last World Cup”. What’s a girl to do?

There is absolutely no doubt Denise Van Outen is a great actress. She plays Stephanie with unabashed truthfulness. The piece is also very beautifully directed by Tamzin Outhwaite. Together they have navigated the ebbs and flows of the piece, and deal with the important rhythms of a monologue performance with ease. It’s incredibly engaging, and the 90 odd minutes do fly by.

The piece has been reworked since it was last seen in 2014. Van Outen and Terry Ronald’s script remains well crafted and has moments of pathos, comedy and joy. It shoots from the hip and is packed with references that very much place Van Outen’s Stephanie at an age, in a time, and from a place. The nods to Body Shop morello cherry lip balm; or how a perm and maxi coat might make a girl look like Slash from Guns-n-Roses; let us know that Stephanie’s formative years are where she yearns to return. It makes perfect dramaturgical sense that Stephanie sings rearranged pop classics in this jukebox monologue. Steve Anderson, has re-imagined a trio of classic tracks as bitter-sweet torch songs, which absolutely reveal a greater contextual poignancy within the lyrics. The problem is there isn’t enough of them, and although billed as a musical, we’re over a third of the way through before Van Outen treats us to a second song. There are moments of monologue that scream to be sung (a chance encounter on a beach, for example), and if Van Outen was given an original score this could rival Tell Me On a Sunday in terms of storytelling done well.

When Van Outen does sing, Stephanie invariably returns to the late 1980s and early 1990s, literally and figuratively. Structurally it’s all very Follies, warning of the dangers of nostalgia by use of a musical signature that places the protagonist at a happier time and place; but one can’t imagine Dorothy Collins’ as Sally being worried about losing her virginity in a pair of Tesco knickers. The humour is indeed crude, but for every mention of “sucking on a funny feet” or competitors in the lingerie world wanting to “rip off my knickers”, there are also observational witticisms that raise more than a smile: Stephanie describes the swanky hotel room she’s in which she’s hauled herself all “mini bottles of molten brown, bed the size of Belgium”. And she might have a point. Filmed at Home House, with a seemingly copious amount of Vaseline on the lens, the piece has a very TOWIE vibe; which coupled with the Umbrella Room’s cinematography secures the look of a high-end Epping boutique that sells the kind of “bespoke” soft furnishing that’s been more recently trapped the other side of the Suez.

There’s hidden feminism in much of the book, which – for example – questions why one of Stephanie’s chief critics is so disparaging (“is that all she thinks women are good for, making the tea?”); there’s also a lovely journey for a character we never see, Slaggy Sue (whom Stephanie latterly acknowledges should really be just be called “Sue”). Sadly, though, it all seems a bit forced, and unlike Shirley Valentine (which did it first and did it better), the subtext doesn’t strike a chord unless it is bashed over the head.

This is a well crafted, witty piece that will appeal to anyone who remembers a high street of Our Price and Knickerbox, bopping away to Jam & Spoon or having loved and lost on a beach in Ibiza. Its greatest asset is an honest and straight-talking performance from Van Outen. It could do with more music, for if it allowed Outen to sing, it really could fly.