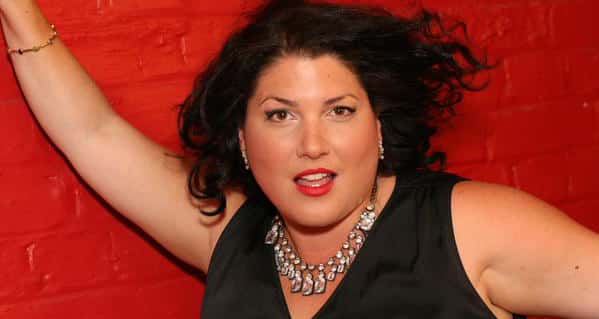 At regular intervals we hear that live cabaret in London is comatose or near death only for the putative cadaver to leap right back out of the piano in full feather-boa-waving vigour. Certainly, there is plenty of evidence that at present we are going through a lively phase of new development in the genre, and it is worth pausing for a moment to consider why this might be. Partly it is a matter of location: in the Pheasantry on the King’s Road, Crazy Coqs at Brasserie Zedel, and St James Studio underneath the St James Theatre, and several others we now have a range of dedicated venues that not only host through-written shows and solo evenings but also make themselves available for open–mic nights which have already fostered many new bright talents.

Also it is a question of broader changes in audience dynamics and kinds of writing that have opened up new opportunities for cabaret artists. In many theatre venues in London we now have audiences with drinks in hand throughout often sitting at small tables in a cabaret layout. The step between words and music and back again seems natural and this is reflected in writing practices too. There is now a blurring of boundaries between musicals and plays, and cabaret is colonizing this space and capitalizing on the more relaxed but still focused performance ambience. Gone for the most part are the bad old days when a cabaret singer and resident pianist gamely ploughed their way through old standards while the patrons clattered, chomped and clinked their way through the evening regardless. A smoky torch song or snappy mood changer can be incorporated in a play that sums up or crystallises a sentiment, or economically states and refines emotional nuances where words can only approximate at prolix length.

Another interesting trend is for cabaret artists to move in different directions at the same time. A common programme will probably begin with cabaret standards to make the audience feel at home, then move on to the singer or pianist’s own songs, to monologues or sketches that began as simple link material between numbers. Several performers are moving to larger structures too – to a musical or through-written piece starring the lead artists and flexibly written to accommodate large or small-scale performance. More recordings of original cabaret albums are emerging as well, not least the excellent ‘Two-faced’ by Michael Roulston and Sarah Young, which records the fruits of a recent international tour, and Rosabella Gregory’s City Stories, a flexible collection emerging in parallel with James Phillips short plays on urban themes.

Many of these new directions and exciting anticipations were on display at a fine cabaret evening at the Pheasantry last month where Nikki Aitken, with pianist Simona Budd, performed Show Off. Aitken is a widely recognized artist in Australia where she has won awards for her cabaret programmes and to which she will be returning soon in the Australian tour of Amity Dry’s Mother, Wife and the Complicated Life. She is also a composer in her own right, both of cabaret numbers and of a new musical GO!, which received a fine first workshop outing last summer at the Camden Fringe Festival, as reviewed here by Stephen Collins. On the basis of this performance she will surely consolidate that reputation further.

As you would expect from the title, the theme of the first half was an exploration of facets of the persona of the diva, as a figure of both strength and allure on the one hand and fragility and vulnerability on the other. ‘I was born to entertain; When I get my name in lights; Whatever happened to my part’, all received the real deal treatment in Aitken’s opening sequence and showed the dramatic and ‘belter’ sides to her voice to good effect. From this platform she moved into songs of romantic disappointment, and occasional despair that had real weight and gravity. As the line runs in Woman on the verge of a nervous breakdown: ‘Love is eternal but in every lifetime it has many faces’. She is a natural high priestess of plangency, and a fine wry, story-teller between numbers. While there was a neat segue from ‘Losing my Mind’ to ‘God give me Strength’, a bit more direction and movement could have brought out further the full depth of some of these marvelous character songs that started as part of musical theatre with a very specific dramatic context. For example, Sondheim’s famous ‘Losing my Mind’ needs to be played as a small scene in its own right, with movement rather than static delivery, that imagines the woman alone in her kitchen – perhaps something as simple as just sitting down on a chair to signal the character’s implosion and collapse. Gregory Hazel joined her for a finely blended rendition of ‘I’d give it all for you’ to close out the first half of the evening.

The second half was more of mixture of materials. After a finely graded build-up through the layers of ‘Maybe This Time, some sprightly tomfoolery with a saxophone in ‘The Last Night of the World and a lot of short, snappy links and patter just long enough to make the emergence of the next song seem inevitable, we reached a couple of Aitken’s own compositions from GO! Gregory Hazel returned to deliver one of these, ‘I will claim you’, which really needed to be sung with much longer, sustained, through-breathed phrasing to do it full justice. Aitken herself then sang ‘Order’, a flight attendant’s hymn to personal growth, which is the signature number of the show, and with a slower delivery than in the original show. Here the words registered better as did the harmonic changes that go with them, to leave the memory of a very fine song hanging in the ether. The evening concluded with a strong performance of the title song ‘Show-Off’, but I would ideally have liked her to retreat up the staircase symmetrically from which she had begun the evening. All credit to Simona Budd for her neat, crisp accompaniments, and to Gregory Hazel for his complimentary contribution.

But while Aitken gravitates naturally towards music of pathos and torch-song defiance, she also has a much wider range than was on offer here. Vocally and dramatically she can easily incorporate more light comedic, ironic or even satirical items into her repertory, especially with the assistance of a director attuned to those genres. I hope she will push herself further out of her comfort zone in future programmes. Aitken has the vocal, dramatic and emotional heft and variety to provide us with many more characters yet. We look forward to glimpsing more of her gallery as the revised and fully developed version of GO! emerges in the year to come..