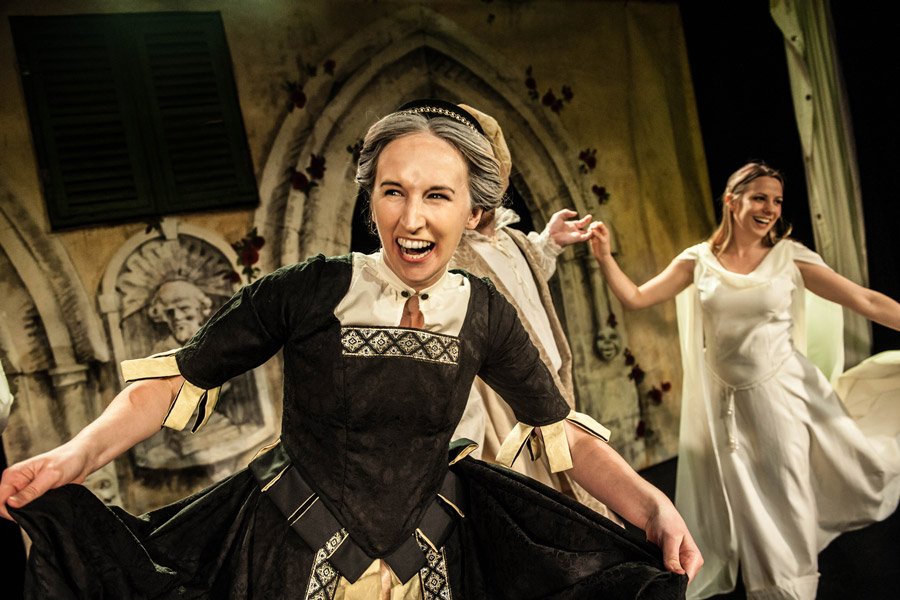 For me, the first glass of prosecco is always the best, swallowing that golden fizz, feeling it slowly flutter through my body. By the second glass, I have what I like to call ‘bubble buzz’ and, after the third, I am probably texting you gushy endearments and ‘I love you’s.’ Draining the fourth glass – let’s not go there. When Rob Smythson, the host of ‘Shit-Faced Shakespeare’s Much Ado About Nothing,’ revealed that a cast member had consumed one bottle of prosecco and two cans of lager prior to the performance, I felt instantly hungover.

Magnificent Bastards Productions, birthed the concept of ‘Shit-Faced Shakespeare’, amalgamating serious classical theatre with inebriated chaos. Performances have been running since 2010 and, as a result of their well-deserved success at the Edinburgh and Brighton Fringe festivals, the company are now entertaining US audiences as well as continuing their UK tours. With classical theatre often regarded with tedium by some, ‘Shit-Faced Shakespeare’ strives to infuse it with a sense of refreshed fun and raucous liberation – and succeeds with great hilarity. 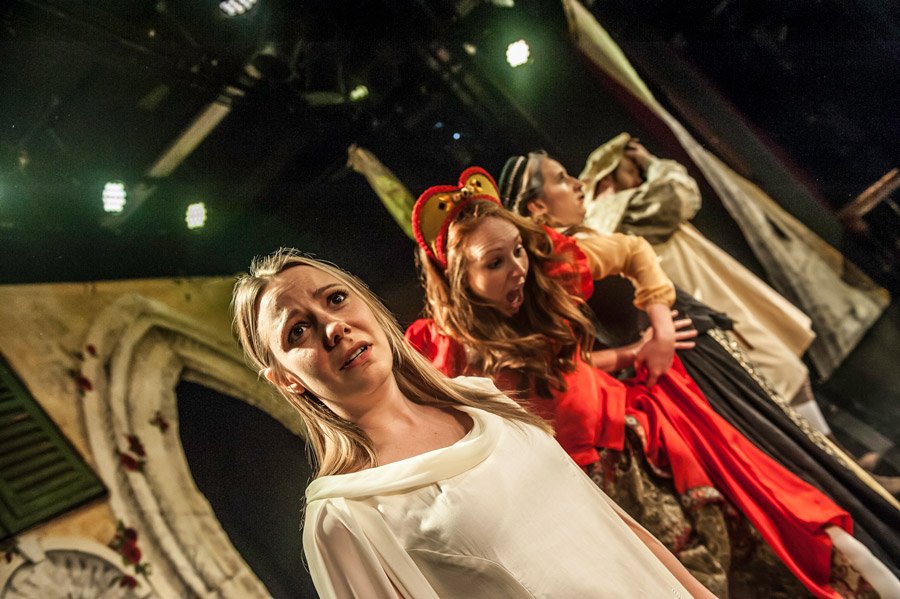 William Shakespeare’s ‘Much Ado About Nothing’ is a comedy set in Messina, telling the tale of Hero (Beth-Louise Priestley) and her cousin Beatrice (Stacey Norris), and the troubled romances they experience with Don Pedro’s soldiers, Claudio (Saul Marron), Benedick (James Murfitt) and Don Pedro’s duplicitous brother, Don John (John Sebastian Trixibelle Petherbridge Mitton – what a name!) Prior to the performance, one cast member is nominated to indulge in their favourite alcoholic beverage and, for the four hours leading up to the start of the show, it is their duty to ensure that they are truly ‘shit-faced’ before the curtain rises. The company of professional actors rotate roles, so the chosen drunkard is never asked to pound their liver more than three times in one month. For this performance, it was the turn of Beth-Louise Priestley to play a hammered Hero, and there was barely a set of teeth un-bared or a belly un-tightened from laughter, as we watched Priestley mumble muddled words and run-off stage in a fit of giggles throughout this 70-minute abridged play. From her very first cloudy-eyed entrance, and her loose-tongued profanities, I cackled so much that I almost carpeted the floor of the Leicester Square Theatre with my glass of Rose.

Before the play commences, the host gives one audience member a gong, and another a bugle; when they believe the drunk actor to be sobering up, they are to play their instrument, the show will be paused, and that actor will be given another beverage to consume whilst the performance continues. There was a unique charge from the audience; where I normally witness spectators shrinking into their seats at the thought of any participation, these were desperate to be involved. Cheers of ‘bang the gong!’ and ‘blow it!’ echoed around the auditorium, and a hiccuping Hero sipped another bottled beer, as she was promised to Claudio – classy bird! The third item to be handed out to a more reluctant spectator, was a bucket. Let’s just say she was potentially sitting in the splash zone… 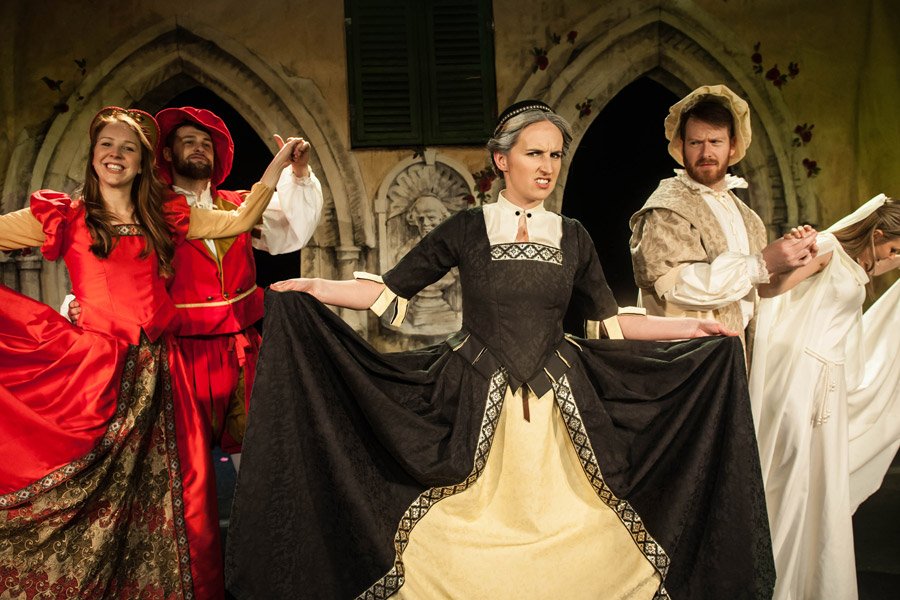 The actors are intelligent and quick-witted, whole-heartedly talented in the area of improvisation to be able to continue the tongue-twisting dialogue with such distraction around them. Most humbling is that the company are evidently great companions and their endearing friendship is the glue which strengthens the production.

‘Shit-Faced Shakespeare’ doesn’t boast life-changing theatrics, or leave you reeling with any particular emotion; neither is it a show to watch for enhanced storyline or stage design, but it encourages the audience to lighten up! It is very much cooked in the same pot as the likes of ‘The Play that Goes Wrong,’ which urges us to laugh at certain unfortunate events. I don’t recommend binge drinking, and it would be very easy to denounce it as bawdy and medically foolish, but that would be to miss the point. This intoxicated ‘Much Ado About Nothing’ is perfect for your first stop on a night out, hen parties, stags, or if you are just looking for an evening of pure hilarity. No performance will ever be the same, so it is truly a piece to watch time and time again. ‘Shit-Faced Shakespeare’, with the essence of the rustic fringe festival at its heart, is a welcoming night of inebriated indecency which unshackles you from reality.

Have a tipple and catch ‘Shit-Faced Shakespeare’s Much Ado About Nothing’  at Leicester Square Theatre until 16th September 2017.