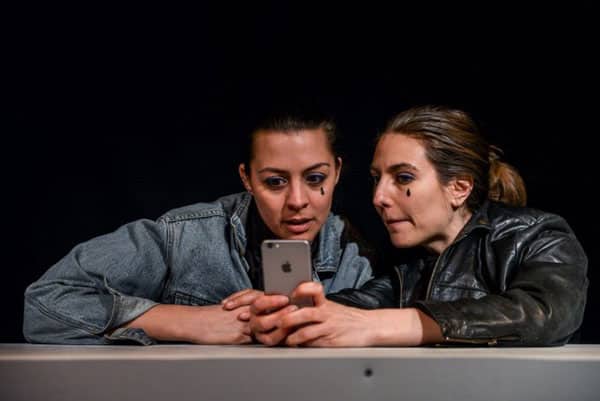 In August Strindberg’s groundbreaking expressionistic piece A Dream Play, a god sends their daughter to earth to find out about the pitiable plight of humanity. This Swedish classic from 1901 has inspired Saga, an inventive new adaptation by Michael Currell who has turned it into a witty, entertaining satire on present-day Brexit Britain. With director Olivia Stone and a four-strong cast, he has given it added resonance by telling the story in both Swedish and English, creating a show that celebrates the culture and language of another EU country in a dream-like drama set in London.

Like Strindberg’s original, a divine being’s daughter comes to earth and meets a succession of characters who encapsulate the values of modern life. In this version, her name has been changed from Agnes to the more Scandinavian name of Saga, like the Nordic goddess of storytelling. She finds herself thrown into the lives of people living in a luxury residential skyscraper, towering 66 storeys above the city – and still rising. We discover a nightmarish world where love and compassion are being overwhelmed by material concerns, from the intense need for likes on social media to desperation to get onto the property ladder. A well-aimed tweet has replaced voting and active campaigning as the preferred mechanism for driving change – despite its ineffectiveness. 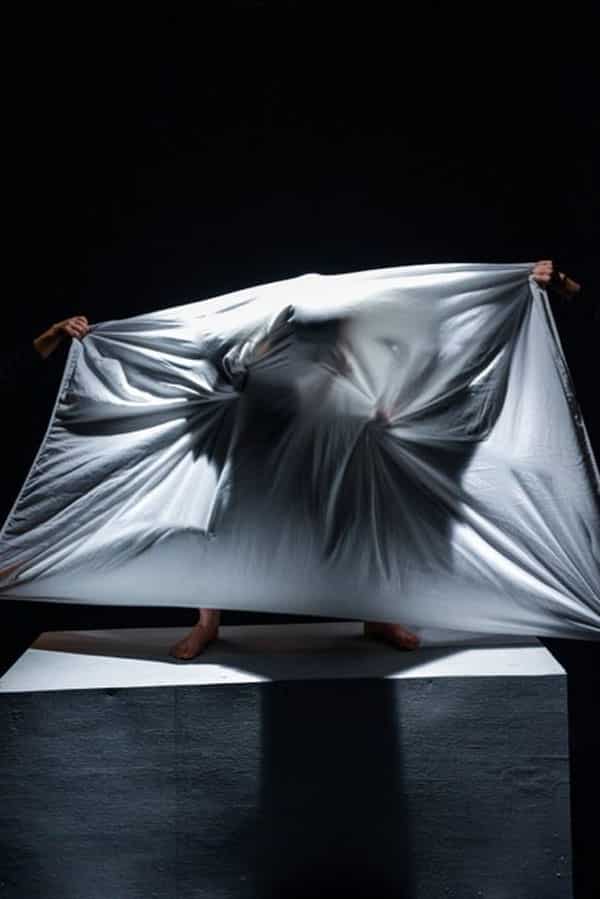 The underlying vision may be bleak but Saga is filled with comedy alongside darker moments of Strindbergian angst, performed by the engaging cast of Frida Storm as Saga and Julia Florimo, Marie Rabe and Olivia Skoog in all the other roles. The Swedish is not directly translated for monolingual English speakers but the meanings are made clear by the context, and this use of language and cultural references serves to bring extra pleasures to the Swedish speakers in the audience. After all, there are nearly 10,000 Swedes living in London and, as the battle continues to rage over Brexit, this bilingual production cleverly blends two European languages and cultures into an anarchic look at Western society. And, yes, there is some Abba.

Running at Etcetera Theatre to 16 March 2019 and then at Edinburgh Fringe at Greenside Nicholson Square from 12 to 24 August 2019.