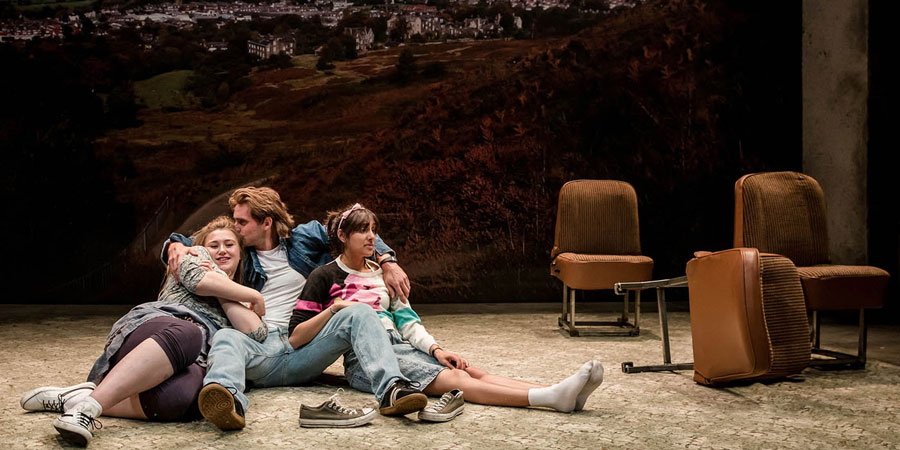 When Rita, Sue and Bob Too first burst onto the Royal Court’s stage in 1982, it was praised for its “scabrous comedy” and “hilarious” writing, with the later film adaptation carrying the cheeky strapline of “Thatcher’s Britain with her knickers down”. Thirty-six years later and post-Weinstein, Andrea Dunbar’s razor-sharp ear for dialogue raises regular titters but the darkness of its themes means the laughs are often uneven and nervous.

Opening in a car with 15-year-old babysitters Sue and Rita being seduced by Bob, a 27-year-old husband and father of two, it has always been a controversial play but, with the current focus on men in authority using sex and violence to take advantage of women, it has become an even more unsettling experience. With the revival’s own theatre company becoming part of the story through previous artistic director Max Stafford-Clark, it is no surprise that the Royal Court’s artistic director Vicky Featherstone initially decided it should be dropped from its programme but it is absolutely right that they went ahead. 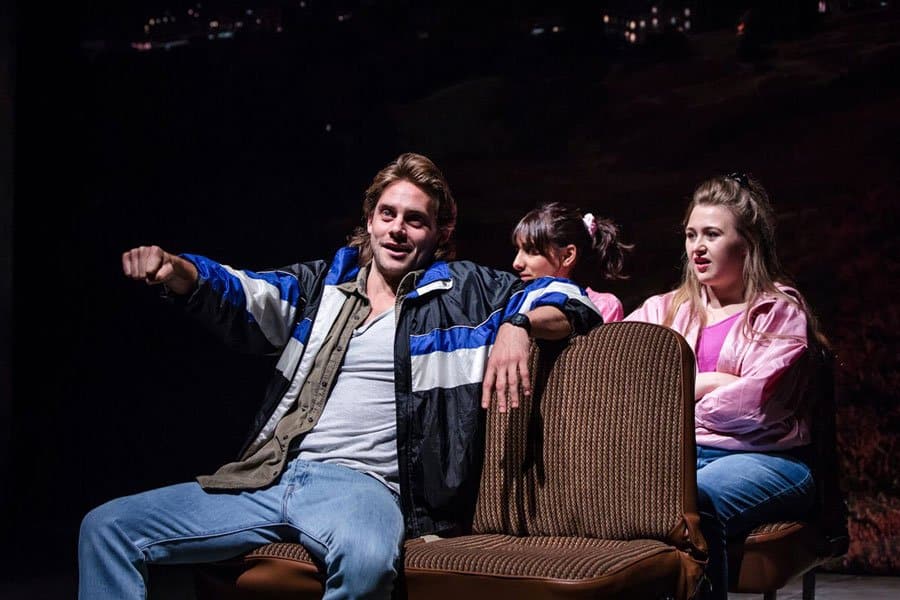 The play in no way glorifies older men exploiting younger women, and in fact its male characters are portrayed as weak and broken bullies alongside more resilient, stronger female ones.  Each in their own way, Sue and Rita take control of the ménage à trois that develops, while Bob’s wife Michelle and Sue’s mum both get on with making the most of their lives despite their demanding husbands. At the same time, it explores how lack of money and prospects erode the men’s notions of their masculinity, leaving them feeling angry and impotent.

Tautly directed by Out of Joint’s artistic director Kate Wasserberg, this powerful new production features a strong cast led by Gemma Dobson as assertive, outspoken Sue and Taj Atwal as the seemingly meeker but subtly manipulative Rita. Former Hollyoaks and Coronation Street star James Atherton, with a fine 1980s mullet, is charming and appealing as Bob while showing glimpses of the hopelessness and desperation that drive him to seek comfort and excitement in the arms of two teenagers. In padded shoulders and perfectly styled hair, Samantha Robinson reveals Michelle as being not just a put-upon wife but a go-getter who is determined to succeed against the odds, while Sally Bankes stands out as Sue’s mum, an even tougher woman battling to survive.

With a set cleverly using car seats for scenes ranging from bathrooms to hilltops, designer Tim Shortall captures the 1980s with spot-on fashions and hair, soundtracked by hits from the period. But despite references to Thatcher’s Britain, this could easily be a contemporary depiction of people living with the risk of poverty and unemployment hanging over them and little sense of a hopeful future. Originally staged at the Octagon Theatre in Bolton, this is a timely revival that has been given added relevance by continuing debate over exploitation and masculinity.

Running to January 27, 2018 at the Royal Court and then continuing its UK tour to Lawrence Batley Theatre in Huddersfield 30 January to 3 February and Theatr Clwyd in Mold 6 to 10 February.

BOOK TICKETS TO RITA SUE AND BOB TOO