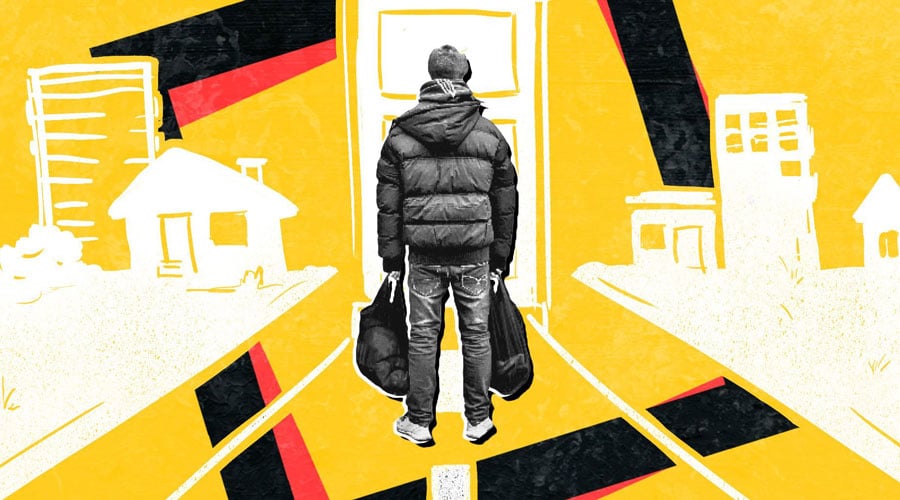 A sell-out hit at the Belfast Children’s Festival, Prime Cuts production of Removed transfers effortlessly onto the Traverse Festival Online, and Fionnuala Kennedy’s gritty, honest, yet warm play, is effective through the dignity it gives to children brought up in care. Adam and his younger brother, Joseph, are removed from their mother, a widow struggling with alcoholism, and put into a series of foster homes and accommodation. Joseph opts to be adopted, and we follow Adam into residential care until he is 18, and then beyond.

The monologue is beautifully performed by Conor O’Donnell, a highly sensitive performance, making Adam likeable from the start, and he hits the right notes of vulnerability and defiance, anxiety and hope, and excitement and guilt. (When travelling to the first temporary foster home, he is excited about the countryside, horses, the sea- things he has never seen, tempered by his guilt at leaving his mother.) The piece works so well, however, because director Emma Jorden also edits the streaming very well, there is a strong rhythm to it, with slamming of various doors giving it an effective beat, and shots of Adam’s hands, together with the faces of other children timed perfectly to hit the right notes in the text. You also become aware that removed, in the cases of some vulnerable young adults, can also mean deleted from society.

Although you may feel you have heard stories like this before, there is a thread of hope that runs through the play. Sometimes it threatens to break, but it is always there, and O’Connell speaks to the camera so fluently that I became totally engaged in Adam’s story. Prime Cut have also created a resource pack to accompany the piece, and this production is well worth finding time for.

Although you can watch all the Traverse Festival Online for free, please consider making a donation of you are able to, to support the work of the artists.