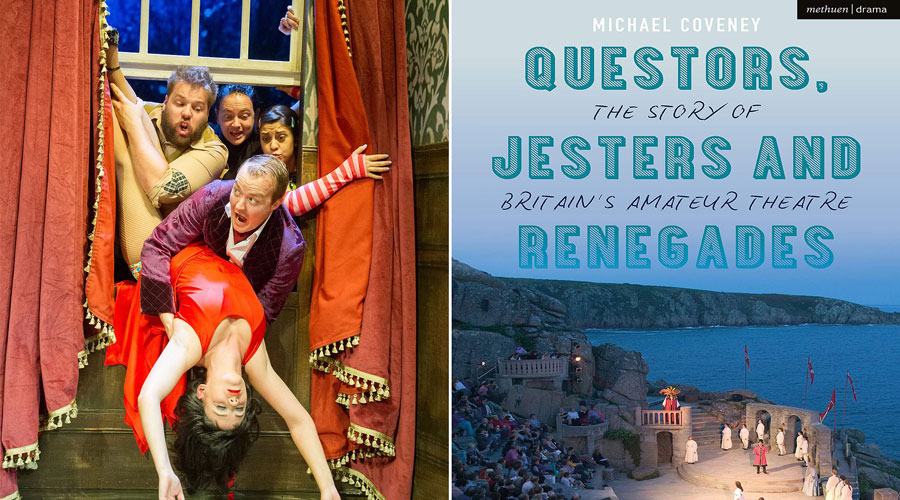 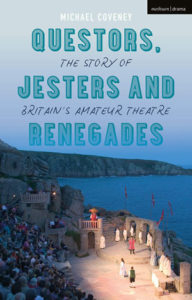 Perhaps more than drama schools, amateur theatre has had a vital role in introducing theatre into the lives of many of our finest actors. The role call of names here is hugely impressive, Judi Dench, Simon Callow, Michael Gambon, Brenda Blethyn and a huge cast of famous names. Chief of whom is probably Ian McKellan, who supported local amateur theatres during his triumphant 80th birthday tour, who states that it’s “where we all began.” It’s certainly where many of us learnt our trade, I always claim, to anyone who will listen, that Everyman Theatre in Cardiff was “my drama school”, and my local theatre in Colchester, the Headgate, is “the home of amateur theatre”, and runs an excellent all year round season, hosting local companies and the occasional professional visit. Michael Coveney’s book not only charts the development of the amateur scene, (mainly in England), but also celebrates the joy of amateur theatre, warts and all.

Coveney traces its development well, particularly that, between the two world wars, amateur theatre was endemic to the growth of the modern theatre, and had a strong foundation, in the Little Theatre Guilds, founded in 1946, in socialism. Obviously, he cannot focus on every theatre group in the country, so he concentrates on those grown from the Guilds and from his experience, the Questors and Tower Theatre in London, the Little Theatre in Bolton, where Ian McKellen was a schoolboy participant, the Halifax Thespians and Lincolnshire’s Broadbent Theatre, among others. The superb Minack Theatre rightly gets a chapter of its’ own and dovetails beautifully with Amber Massie-Blomfield’s excellent account of the theatre in her Twenty Theatres to See Before You Die. (Nick Hern Books.) One of the many pleasures of the book, and this may say more about me than Coveney, are the anecdotes of incidents that occur on the amateur stage, as spoofed beautifully in The Play That Goes Wrong. There’s the joy of the names like Blagdon Mansfield, milkman by day, front of house manager by night, the Ugly Sisters of Milton Cats, the manager of a local underwear business, and Tod Hunter, a professional chicken sexer- legends in their own communities! Throughout the book, we celebrate rich and rewarding amateur lives, the campaign for a National Theatre, historical accounts about theatres I am now determined to visit once restrictions are lifted, particularly the Maddermarket in Norwich.

I found the chapter on amateur theatre portrayals in films a tad unnecessary and would have happily exchanged it for a more in-depth look at the amateur scene in Scotland, Wales and Northern Ireland. Although Coveney selects an interesting Welsh theatre, Theatr Fach, Llangefni, Anglesey, dedicated to the Welsh language, a fleeting reference to the Park and Dare theatre in the Rhondda Valley somewhat highlights the absence of coverage of the vibrant Welsh scene, and I’m sure the same applies to Scotland and Northern Ireland. However, he brings the survey up to date by including amateur involvement in main projects such as the National Theatre of Wale’s epic The Passion, and the RSC’s A Midsummer Night’s Dream: A Play for the Nation, where perhaps the line between amateur and professional is more blurred. I am not fond of the expression amdram, used throughout the book, but this is a respectful tribute to the amateur scene, tempered a little by warnings about lack of diversity and closing theatres, but a lively celebration of a quite British phenomenon. One aspect that I like is that there will be readers who took part in the productions discussed here, and that’s something really special. Hopefully, once we are out of isolation, we can celebrate our amateur companies by taking part and being in audiences as soon a possible.