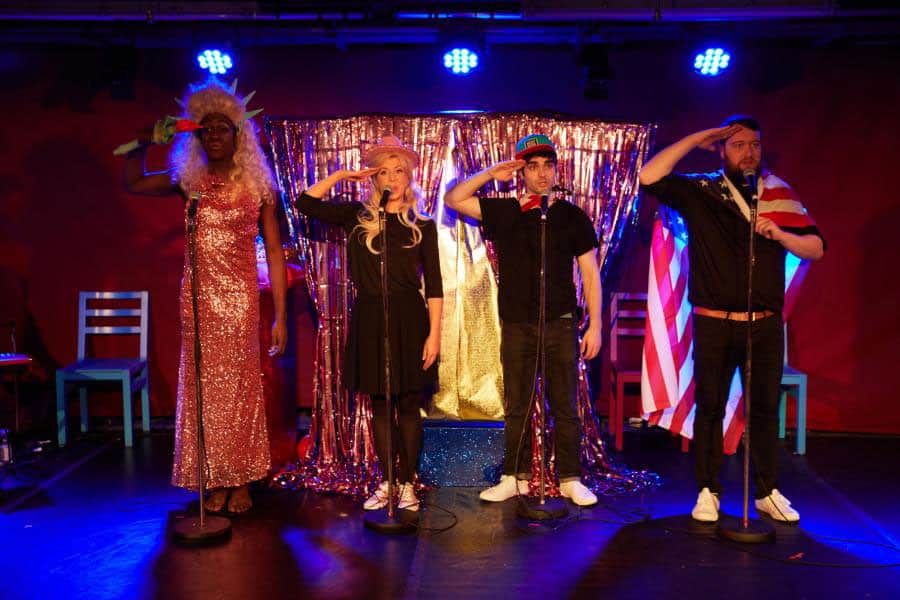 Ripping the heart out of high school musicals and replacing blood with glitter comes this camp classic from the producers of Margaret Thatcher, Queen of Soho. Disco classics pump out as the audience enter, William Donaldson channels the spirit of Ru Paul and is our excellent host for the evening. All this could seem too easy, too obviously audience pleasing. But behind the sequins beats a serious point about otherness and celebrating your queerness.

Based on the the true story of how Matthew Crisson, an American teenager who identifies as non binary, was voted his high school prom queen last year – one week after the Pulse nightclub massacre, Joanna Cichonska and Tim Gardner’s songs are witty and catchy. The terrific ensemble play multiple roles, all play Matthew, and the bitches who try to stop him, teachers and parents, with a fine gun toting Police Dad!

It’s a show with heart and soul, and a serious celebration of being who you are. We won’t be hearing the last of this queen of a musical.

Read other reviews from Edinburgh Fringe 2017