As it celebrates its 40th anniversary, this brilliantly confidant and assured play with music by writer Peter Nichols and composer Denis King has lost none of its relevance: British troops are still mired any number of post-imperialist military misadventures around the globe, and this tale of the ill-fated, deeply unwise attempt to hang on to colonial control of Malaya in the late 1940s might as well have been written yesterday.  Rather in the manner of ‘Oh, What A Lovely War’, the serious subject matter is given a light-hearted ‘spin’ by having it seen through the refracting prism of jolly showbusiness japes, splashing technicolour glamour across the olive drab and khaki reality of warfare. 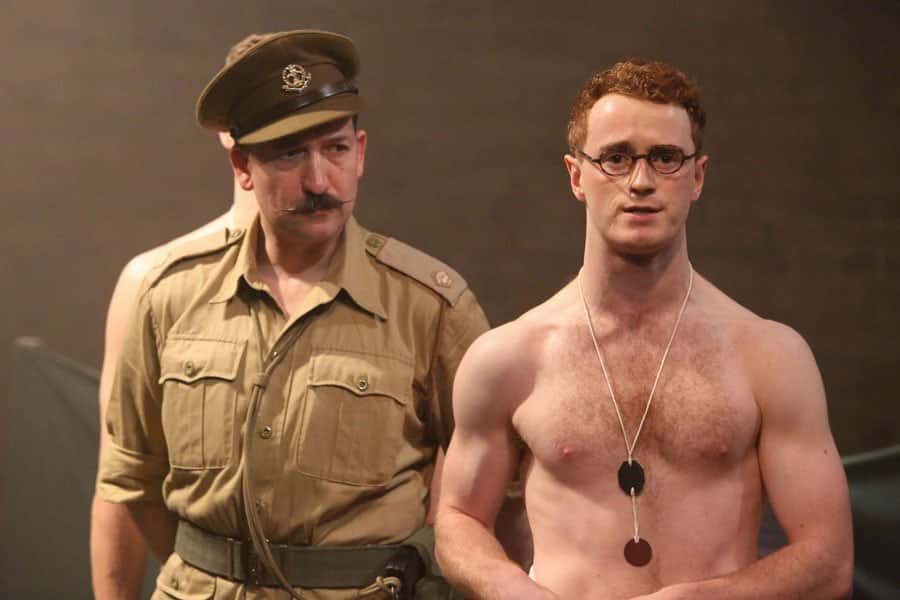 We follow the ’emergency’ through the lives of those who raise the curtain declaring, ‘We’re SAD-U-SEA’… Song And Dance Unit South East Asia: like the BBC’s long-running sitcom, ‘It Ain’t Half Hot, Mum’ of the same era, the show offers us a ragbag of representative types to people this slice of English life in the steaming tropics.  Mike Lees’ design immediately grasps the point of all this and gives us a richly detailed and boldly theatrical frame into which to pour the action of Kirk Jameson’s vigorous and powerful direction; Ben Jacobs lights it with elegance.  Central to their vision is the barmstorming performance of the alpha drama queen, Acting Captain Terri Dennis, a plum of a part swallowed whole by Simon Green, seen in a succession of gorgeous frocks and simply immaculate Richard Mawbey wigs.  There is so much to enjoy here, but I have to say that I think his second act opener, the Coward parody, ‘Will Someone Please Inform Me’ gets the clarity of the story-telling exquisitely right.  Lee, a hugely experienced actor and singer, has had this part in his sights for a long time, and he puts everything into it, carrying the lion’s share of the delightful score.

The musical side of things has been prepared by MD Nick Barstow and very fine his work has been, too, in creating smartly apt renditions of King’s deftly suave pastiches of period favourites – everything from Dietrich to Jessie Matthews.  Jameson revels in the musical staging, giving the numbers just the right amount of polish and roughness to convince and also charm.  He is helped in having such a pliable and energetic ensemble.  Paul Sloss is the marvellous vaudeville turn of Len Bonney, Tom Pearce – returning to the stage after 15 years – is an attractive Charles Bishop, with equally delicious performances by Matt Hayden as Eric Young-Love and Tom Bowen as Kevin Cartwright.

However, it is in the character roles that the play gains most of its strength.  Matt Beveridge puts in a darstardly but also utterly ‘real’ turn as the villain of the piece in the imposing form of Reg Drummond and Martha Pothen does wonders as the lone genuine female in the squad, Sylvia Morgan, also introducing an element of racial confusion to disturb the old-fashioned patriarchal values of clueless commanding officer, Callum Coates’ Giles Flack.  Coates is also the genuine article here, bringing actual military experience to the company, with an appreciable effect on the overall smartness and verisimilitude of the marching, saluting, delivery of jargon and wot not that makes the whole production infinitely more effective and involving.  Samuel Curry is a handsome and sincere Steve Flowers, if rather surprisingly at ease in a conflict situation; he rather gives the impression he does this sort of thing all the time, which – for an academic taking his first steps into the big outside world – I really don’t think can be the case.  We see a lot of the events through his eyes, and somehow I think we might care more if he seemed less relaxed about them. 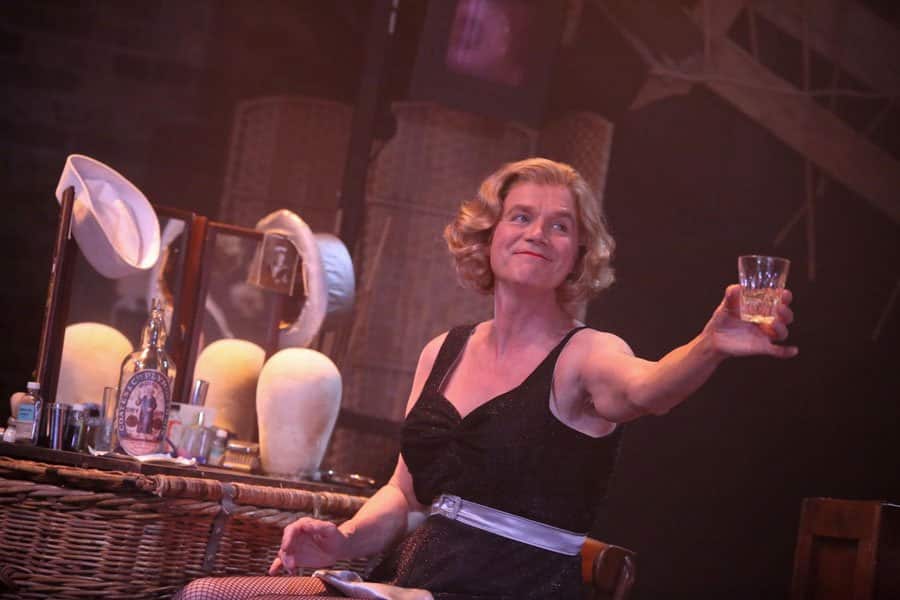 Finally, the ever present and nearly silent role of the native servant, Lee, is the poised Mikey Howe, the only one in the play who is moving with the times and engaged in the decolonialisation of Malaysia, a fact which should be glaringly obvious to everyone else in the unit and is – naturally – entirely invisible to them.  That, if nothing else, is a stark lesson for our days, as well. 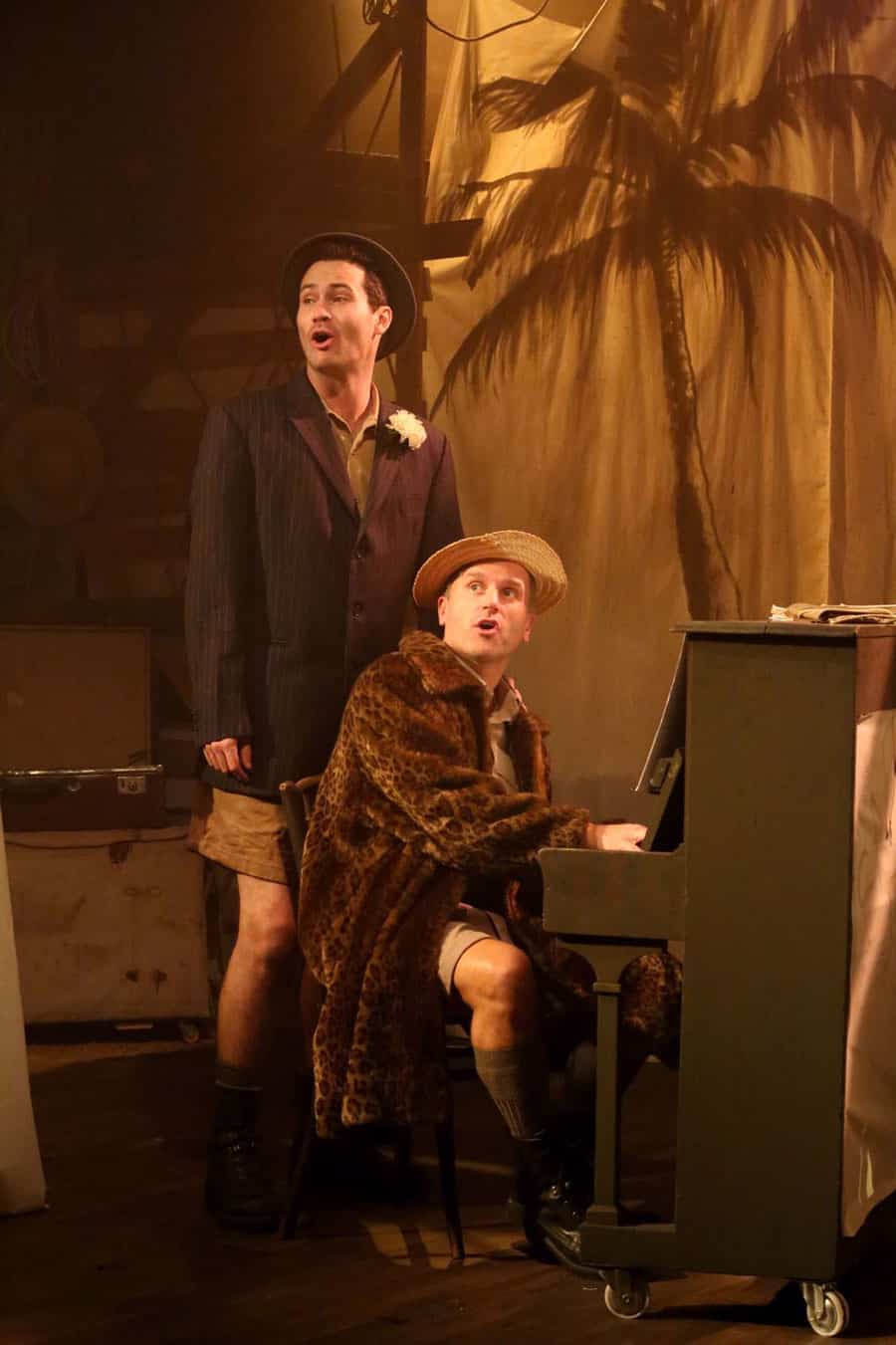 This is a handsome and lithe production by the Union of a worthwhile revival.  It is mostly hugely involving: Jameson has the measure of the space and knows exactly how to get the best from it, and his feeling for dramatic pace is nearly flawless; audibility is mainly good (although the piano does clunk a bit too loudly at times against solo voices – no amplification is used).  Perhaps Curry will pick up on the pattern of energy and commitment present elsewhere in the company: I hope so, that might make all the difference to the impact of this excellent production.

BOOK TICKETS FOR PRIVATES ON PARADE AT THE UNION THEATRE