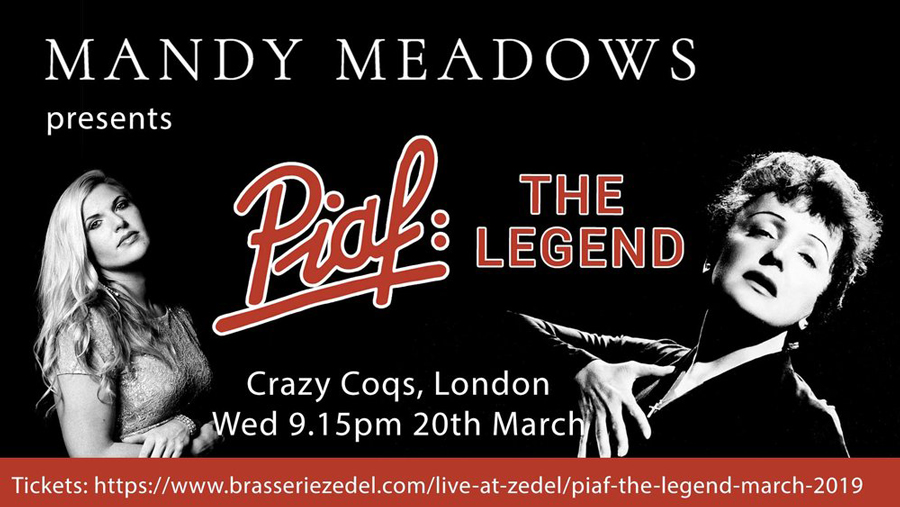 Edith Piaf’s life story was just as powerful as her iconic voice, making her life a fitting choice for this affectionate tribute.

Mandy Meadows, a New Zealand born performer, takes us through Piaf’s turbulent life, including her unusual part in helping French prisoners of war escape their German captors and her untimely death at the age of 47.

Many of Piaf’s songs referenced her earlier life on the streets, meaning the story and the score can be weaved together nicely.

In Piaf: The Legend, the songs are matched to important moments in Piaf’s life, for example Mon Dieu for the death of her two year old child; a device that works well and prevents the jarring that can sometimes accompany shows of this kind.

Meadows has a stellar voice and rises to the challenge of matching Piaf’s soulfulness and emotion, singing comfortably in the original French with a performance that belies her Kiwi roots.

Supported by a first-class band (including an accordionist), Meadows is an entertaining host, with a swagger and smile that keeps the audiences engaged and keeps the show together.

Although some of the dialogue could be a bit tighter and sharper, this is a lively and enjoyable evening that feels at home in the bistro-type atmosphere of the Brasserie Zedel.