Written in verse (in Danish) and running for five to six hours, Ibsen’s idealist fantasy Peer Gynt is famously challenging to stage. This was once all I knew about it thanks to Willy Russell’s Educating Rita where new student Rita submits a five-word essay on the play’s staging difficulties saying simply, “Do it on the radio”. For the National Theatre, the solution has been to engage David Hare who has stayed faithful to the original 1867 drama but infused it with contemporary references that make it a dark satirical fable for today.

Peer becomes Peter Gynt, a young Scottish man who escapes the everyday reality of running the family smallholding to seek “greatness” instead of “mediocrity”. A consummate storyteller, he initially lives in a Walter Mitty-like world of fantasy but, before too long, he genuinely ends up a super-rich powerful businessman and “citizen of the world”. But this is not the end of his journey as fate tosses him into new situations taking him further away from his Scottish roots. There are still trolls, satanic strangers and other fantastical creatures but Hare has added political and social commentary to emphasise the original play’s relevance to 2019. Ibsen’s exploration of the Shakespearean adage of “To thine own self be true” feels as topical today in an era that celebrates the self through social media, nationalist isolationism and neoliberalism.

Running at three hours and 20 minutes with two intervals, it never slackens under the dynamic direction of Jonathan Kent. Its success owes much to a magnificent performance by James McArdle as Peter, charming and likeable despite his flaws and stubborn egotism. He is supported by a strong ensemble including Ann Louise Ross as his mother Agatha, Tamsin Carroll as both a troll princess and a charismatic acolyte, Guy Henry as a demonic stranger, Oliver Ford Davies as the mysterious button moulder and Jonathan Coy in a number of roles such as the mountain king. Against Richard Hudson’s versatile set, the cast inject energy to the narrative with dance and movement, under movement director Polly Bennett. Grieg’s well-known soundtrack to the play is briefly forgotten thanks to Paul Englishby’s rich score, played by a six-piece orchestra, although some of the musical numbers feel unnecessary. 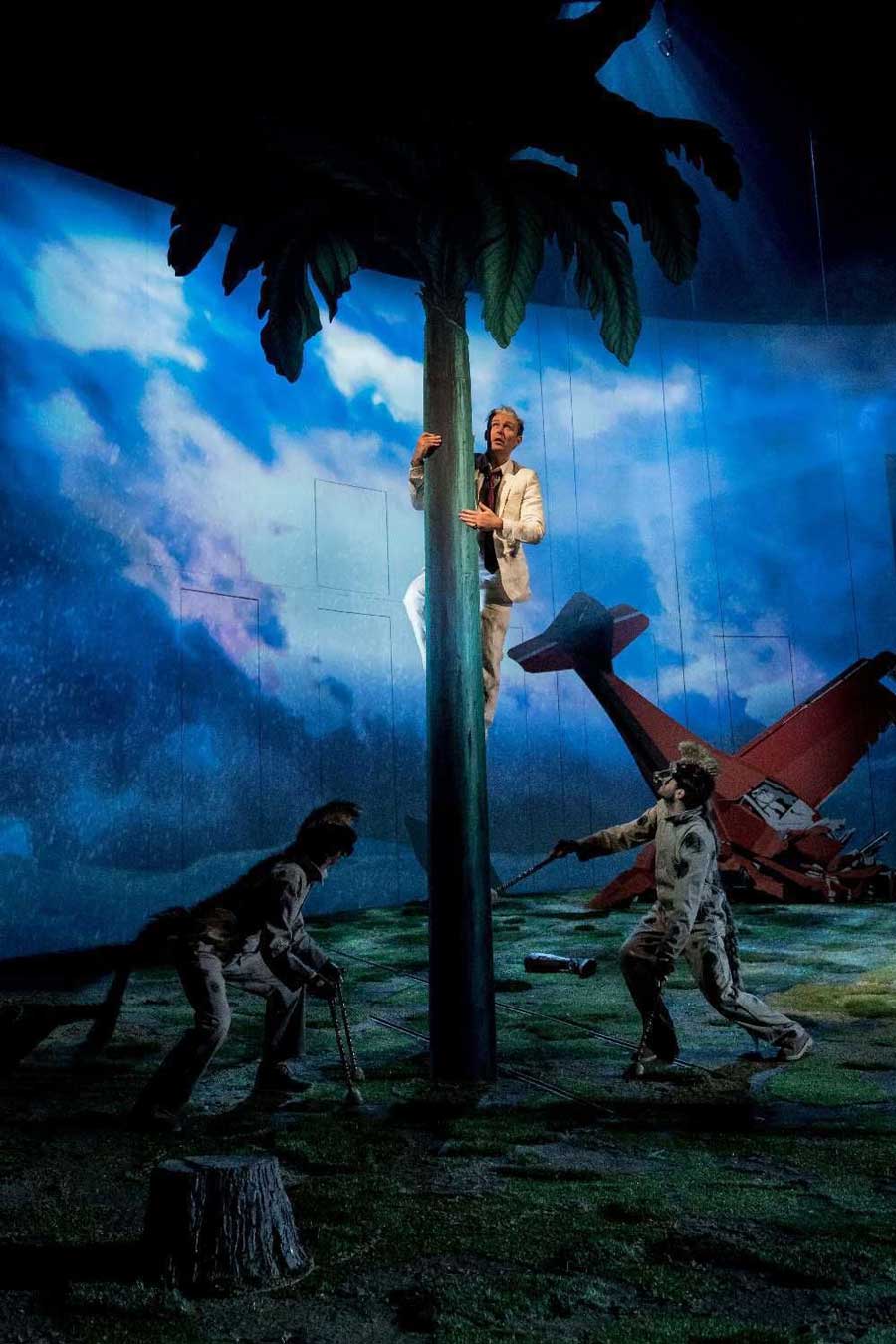 Peer Gynt may lack the realism that Ibsen is famous for in plays such as A Doll’s House and Hedda Gabler, but, in this production, many of his themes can be seen peeping out, not least the risks from shutting oneself up in a world of fantasy rather than facing up to realities of the past and present. Sticking to Ibsen’s original structure, Peter Gynt has a dream-like, often nightmarish, quality that may frustrate fans of his later work but creates a drama where the boundaries between reality and fantasy become blurred to take on the trolls of modern life.