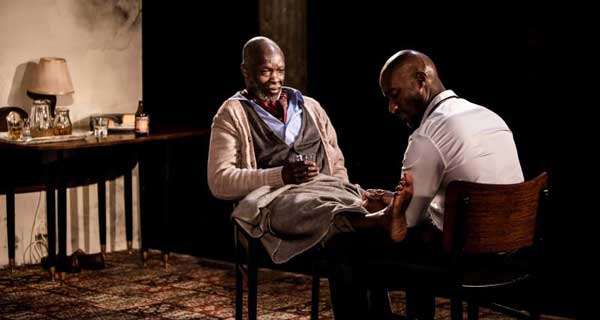 Picture a rotting religious onion. At first it is tightly wound, and just looking at it makes you wince, so acrid is the ambience that surrounds it. Then you peel it and find the self-righteous layer. Even more acrid, your eyes start to water, but not from any emotion, just because. Next layer. A rotting sodomite layer. Discard that separately, slightly recoiling. Then a layer of wife-bashing and rejection, both spiritual and physical. By now, your tongue feels furry from the bile, and your stomach is churning slightly. The acrid fog is thick. Then layers of adultery, deception, recrimination and false piety. Layer after layer.

Finally, eyes flooded with involuntary tears, heart beating slightly faster from annoyance, you reach the soft sweet centre – fleshy, enticing, promising to be good all by itself. But you are not quite sure the bile, acidity and entire experience was worth that small morsel of appetising interest. Still, you have persevered and there is that lingering sense that it is worth it.

It’s about a family. Mum has just died; Dad is an evangelical pastor. Eldest son is also a pastor, on the way to being a Bishop. He is married to lovely Ruth who he treats like an administrative assistant. Middle son, Josh, is gay, was kicked out of the family and is unwanted at Mum’s funeral. Youngest son divorced his first wife and married Joylene, a member of his congregation, a woman who had been horribly abused by her husband. When they married, his eldest brother kicked them out of the family church and they started a rival, now much more successful, church.

With me so far?

Add a prickly, very self-important, very self-righteous Bishop who is an old friend of Dad. Add his gorgeous but taciturn son, who wants to be an architect (and clearly could be a terrific one) but is forced into being a pastor and who is in love with one of the other characters.

And there you are. Recriminations and reconciliations; fury and frenzy; acrimony and absurdity. A dysfunctional religious family. Perseverance Drive is their home.

Nothing much that happens is surprising or even that interesting, except that this is an entirely black Church family. And, in that one way, it sparkles with a freshness, an intriguing quality which commands attention.

And in Madani Younis’ crisp and clear production, the text gets some quite surprising treatment as unusual, sometimes quite exciting, acting choices are made.

The best performances come from Frances Ashman (whose superb Ruth is true and kind and honest, and therefore does not fit in at all with her in-laws, much as she might try), Akiya Henry (a great turn as the broken but sanctimonious gossipy Joylene who, like a family vampire, feeds on the disgrace of others in the family) and Clint Dyer (whose Josh is a refreshingly masculine gay man who, when the chips are down, is the only one of the brothers who, despite his rejection, puts reality and family before ambition and self-promotion).

Ashman and Dyer have the most lyrical sections of the play, right at the very end. The scene where Dyer tells his father the Maya Angelou verse he wanted to deliver at his mother’s funeral but was prevented from so doing by all the other men in his family is worth the whole evening. Simple, incredibly effective communion between father and son. Profoundly sad.

But Ashman gets her own moment of pure, glorious enlightenment recalling a dawn in Barbados:

It was one of those moments…like now…in the fraction of time between life ending and death beginning when we catch a glimpse of the eternal. If only we could keep hold of this notion…

In a terrifically judged performance of real warmth, this is Ashman’s highlight.

Most of the rest of the cast have opportunities in the script equal to those taken by Ashman, Henry and Dyer, but none of them exploit them as they might. Shouting and posturing too often take the place of fine and capable acting.

But partly, that is down to the writing.

In the programme, Soans says:

One of the perpetual themes in drama is when two people have a very strong point, and neither of them are what you might call wrong. I think in this play there are a lot of people who are sincere and in many ways who are right, it just happens that the rightness clashes with somebody else’s rightness and you get a bit of a debacle.

Soans gets the debacle but perhaps not for quite the reasons anticipated.