Paul T Davies reviews Patricia Gets Ready (For A Date With The Man That Used To Hit Her) performed by Yasmin Dawes at the Mercury Theatre Colchester. 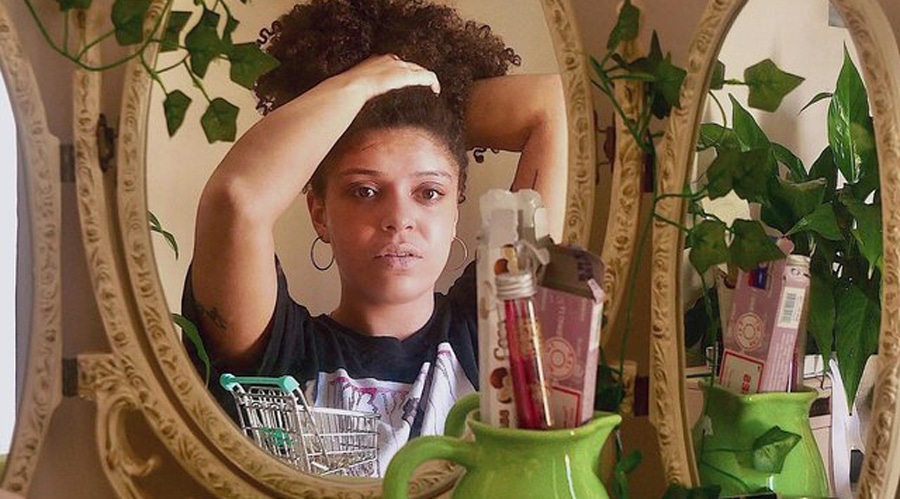 Patricia Gets Ready (For A Date With The Man That Used To Hit Her).
Mercury Theatre, Colchester.
10 May 2022
4 Stars

Or, to give it its full title, Patricia Gets Ready (For A Date With The Man That Used To Hit Her). The succinct title tells you what to expect, and it’s a heart-sore, heartbreaking play by Martha Watson Allpress that has a powerful gentleness in its telling that makes it even more involving and troubling.

It’s beautifully performed by Yasmin Dawes, what struck me right from the opening minutes, (when she bumps into her ex in the street), is her breathing, the panic, the fight to keep herself under control. She has extraordinary control of her breathing, conveying instantly a physical reaction to seeing that man again. She reconstructs that moment, and the script makes many references to the physical harm tension has done to her body, not least the violence. Dawes is mesmerising, skilfully taking us through each stage of the story, and supported by Ella Clarke’s set design which flows seamlessly with Beth Duke’s sound and Jessica Brigham’s excellent lighting, (the mirror becomes a bar with just a subtle change.) The script focuses on the aftermath and legacy of domestic violence, tense and truthful, yet shot through with wry humour and excellent use of music.

Particularly powerful are the several different conclusions to the play, she says what she really wants to say to him, retrieves a powerful piece of wringing out of her bedside cabinet, and says hello. It’s an important piece, and no one should feel that they are in their comfort zone. Catch it on tour and follow @patgetsready.

Patricia Gets Ready (For A Date With The Man That Used To Hit Her) is published by Nick Hern Books.