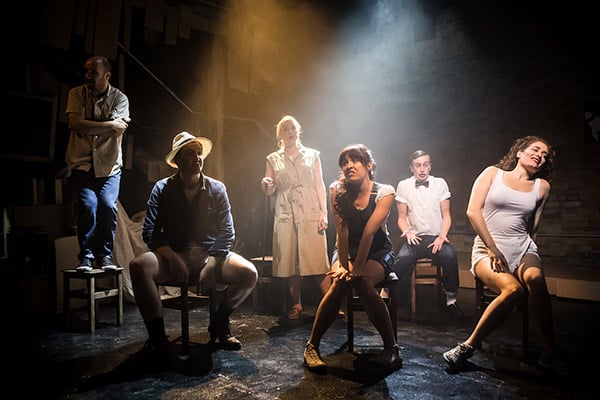 If Michael Cimino had ever directed a musical, he would have made ‘Out There’. This is a strange, sprawling, marvellously epic story of a family’s struggles to be true to itself in the face of the demands and compromises forced upon it by the world. It is not, therefore, a typical musical. If you approach it hoping to recognise the form, the structure, even the language of musical theatre you are used to, then you are probably going to be confused. Some of what you know is here, but an awful lot of what you don’t know is here, too. However, if you embrace it with a mind emptied of preconceptions, ready to embrace anything and everything that the creative hijinks of James Bourne and Elliot Davis throw at you, then you will find this as engrossing and fascinating as I do. 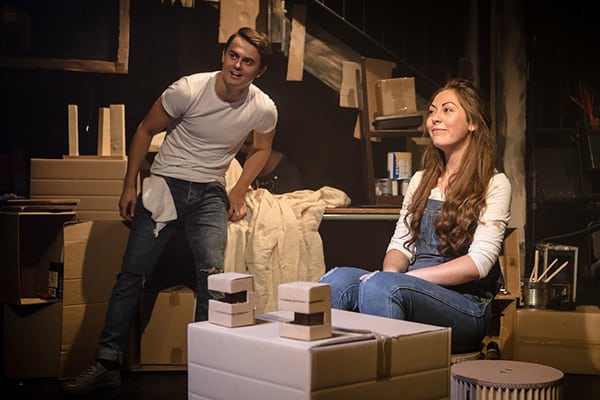 The work has had a few outings before, most recently at Katy Lipson’s ‘From Page To Stage’ season at the Tristan Bates Theatre nearly a year ago, where Elliot himself played the piano and a cast including Sally-Ann Triplett blew our socks off with its rendition of the score. This version, now playing a two-and-a-half-week run at the Union Theatre, is a further development of the Carter family’s history, making some fairly significant changes. We spend less time in their past and ‘on the road’, and get to the here and now in Texas – where the show really finds its feet – a good bit sooner than last year. This is all to the good, and thanks in no small part to the creative direction of Michael Burgen, whose revival of the same writing team’s ‘Loserville’ was recently such a hit for the Union, and into whose careful hands this rendition has been entrusted. 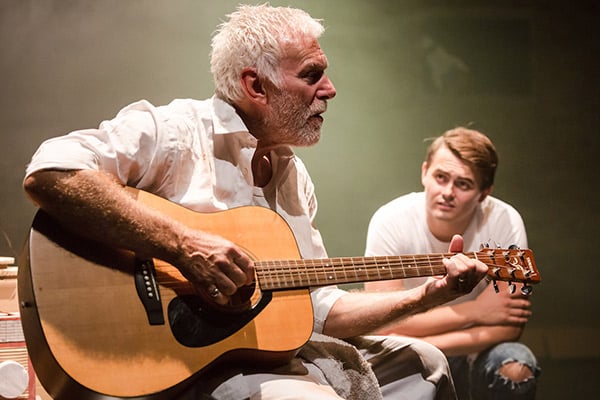 Burgen has also skewed around the seating in the venue, bringing more people closer to the front of the action, which is a good thing. Nik Corrall has made a set which fluidly traverses the immense geographic and temporal distances of the plot, and it is lit with care by Iain Dennis. Joe Louis Robinson leads the little pit ensemble of keyboard and guitars and draws often ravishing sounds from the singing. The cast, led by West End stalwart and very much the patrician lead of the clan, Dave Willetts, are gorgeous: Neil Moors as his son and Luke Street as his grandson make up a terrific trio (not forgetting the brief appearance of Shane Gibb as the original Newman Carter, who sets the whole story in motion). The women in their lives, Jodee Conrad, Thea Jo Wolfe and Imelda Warren-Green, are powerfully drawn, especially the latter as the feistily rebellious daughter of the law. The other regulars of the despairing little town of Hope are Melissa Bayern and Melissa Veszi as the Mayor and Sheriff, with Adam Petit and Rhys Owen as the men in their hair. 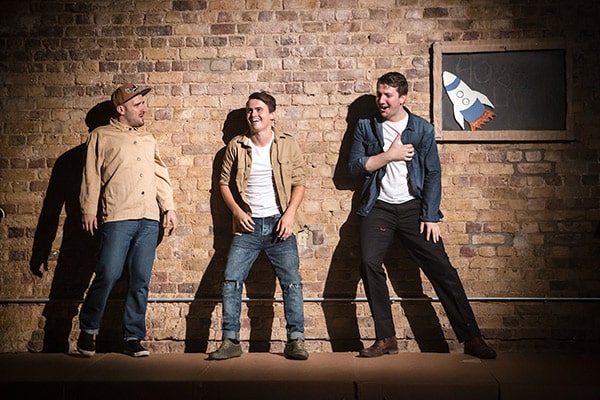 The story is compelling and engaging and is very like those grand narratives of troubled, dysfunctional families that litter American letters from Theodore Dreiser to John Steinbeck to E L Doctorow. This one comes up mint fresh new for the modern age and the boys’ script speaks comfortably and enjoyably. There are clearly two different musical personalities present in Bourne’s pop songs (very good pop songs at that) and Davis’ musical theatre linking passages and more ‘book driven’ moments: you may well find that this is something to rejoice in rather than worry about – I do. Interestingly, however, while ‘Loserville’ fairly shouted exuberance in its choreographic vivacity, here the decision seems to have been taken to take a very light approach to movement. You will have to decide for yourself whether you think the director of ‘Heaven’s Gate’ would have made the same decision (remember the dance in the tent?….).

Nevertheless, this is another creditable creation from the production stables of Sasha Regan and underlines her continuing commitment to the development of new British musical theatre. Very much worth your serious consideration, which it will repay by pleasing and charming.

BOOK TICKETS FOR OUT THERE AT THE UNION THEATRE